I'm thinking about ways to put a tail light on my trailer (a B.o.B Yak). Our primary use for the trailer is carrying dogs and running errands around town – so I really like the idea of having lights that I don't have to think (much) about.

One idea would be to build a wheel with a dynamo hub, another would be to wire the trailer tail light to the dynamo on the bike. Peter White has some gold plated Supernova connectors that seem like they'd make it pretty easy to connect & disconnect. 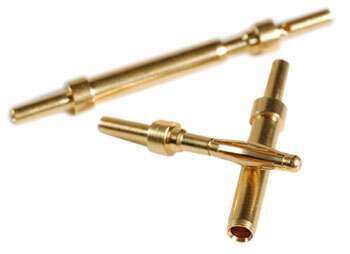 So, the question is: could a second LED taillight (B&M Toplight or the fender mount Secula) be added in parallel with the bike's taillight? Or, are the LED lights designed to pull the same load as the older filament lights?

Yes, you can absolutely run two tail lights off a hub dynamo, and a few people do. I've done it, but only as an experiment when I happened to have two tail lights. Modern LED rear lights draw much less than 500mW, because otherwise they would be unreasonably bright. My "500mW superflash" battery rear light draws about 100mW continuous, varying from about 80mW to 150mW (I was going to run it off the dynamo but it all got a bit hard so I gave up and just use batteries in it).

Typically with a dynamo the design used to be 5W with 0.5W going to the rear light. But these days dynamos are more accurately thought of as current sources, with 500mA and about 50mA going to the rear light. However LED front lights will be able to take 500mA since with LEDs they have an internal current limiting circuit (and they have to work if the rear light fails or isn't installed). In practice the voltage limiting is often missing specially so that people can draw more power from the dynamo than the 5W traditionally available. This is how you get front lights with USB out (which draw 6W or more), and why if you're running two headlights you typically put them in series rather than parallel.

The design issue I see is grit getting into the female plugs when you don't have the trailer on the bike. You might need blanking plugs of some sort of avoid that (if those are common 5mm banana plugs you could use cheap plugs for that).

What gets me about this setup is the hassle of the extra wiring, since it's most often the wiring that fails with dyno lights. I would be more tempted to buy some Eneloop NiMH batteries for the low self-discharge feature, and use battery lights. Or buy some with built-in lithium batteries for the same effect. The lights on my trailer are just my last-generation bike lights put on the trailer and basically ignored. Eneloops will last most of a year without charging and still be usable, so I just recharge them when I remember.

Not the answer you're looking for? Browse other questions tagged lighting dynamo taillight or ask your own question.

10
Dynamo hub lighting system recommendation
13
Using hub-dynamo for both lights and charging, with priority on lighting
3
voltage of lighting system
1
Lighting for xtracycle hooptie
2
How to replace a bottle dynamo with batteries
1
dynamo powered lighting for bike and trailer
4
Dynamo bike lights - unknown short circuit cause
3
Replacing a normal hub with a dynamo hub