Why are derailleur jockey wheels commonly made of nylon?

Almost all derailleurs seem to come from the factory with nylon jockey wheels . What is the rationale for the use of nylon (rather than alloy or aluminum)? Is it merely weight savings (which would seem to be trivial given the size) or is there a functional advantage to nylon/plastic? 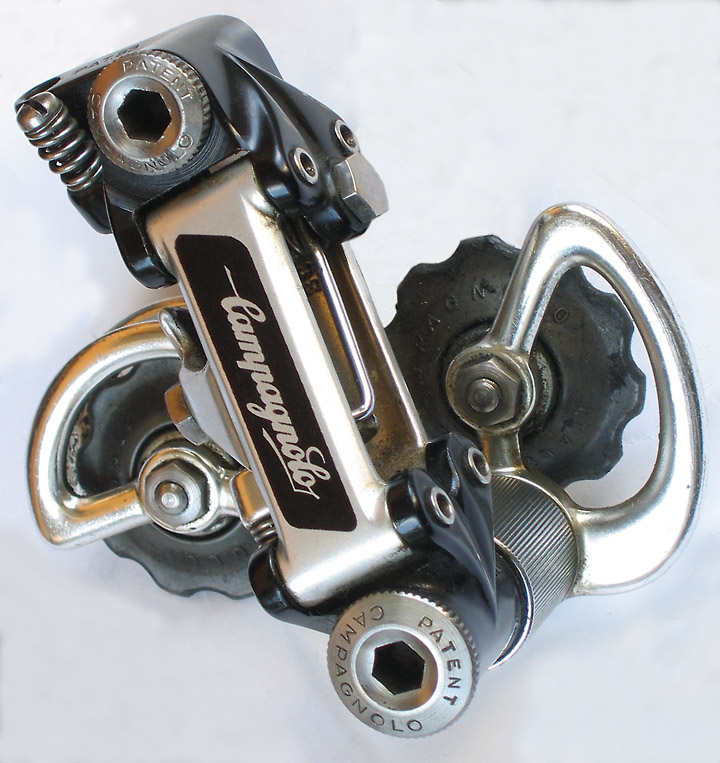 Caveat: I've only seen two or three sets of metal pulleys in my life. There are several reasons:

The latter is somewhat hard to get experience with, since metal pulleys are sufficiently rare and expensive that few people use them. Also, people who pay extra for them tend to maintain them so I haven't seen them fail other than via "full of mud, not going round". In that case, though, the chain will not go through the rear derailleur at all, so the bike needs to be converted to single speed before you can ride it. Which is an ugly thing to have to do when you're out on a bike ride.

Note that recumbent idler pulleys have the same concerns but often they're on the drive side of the chain so the forces are larger. So are the pulleys to reduce chain bend angles and thus losses. In that case metal cogs are usually also lighter and quieter but significantly more expensive (more than double the cost). Derailleur pulleys would also benefit from being larger, but that's relatively rare, I suspect because weight and air resistance also increase with size (and a larger cog would mean extra chain, further increasing weight)

I'd always assumed nylon was used because it was a softer material than alu or steel, and therefore reduced wear on the chain. Since jockey wheels simply route the chain and don't need to operate under the same load as chain rings and cassettes they can be made from a less durable material. I would guess that the routing round the jockey wheels is potentially a high wear area for the chain, so making the jockey wheels from something softer reduces the wear.

Several reasons. Nylon is lightweight, tough, wears only slowly, and in particular the dynamic coefficient of friction with steel is the lowest amongst the sufficiently tough synthetics. Friction and Wear of Polymers

I had Bullseye red aluminum pulleys on a Super Record derailleur similar to the one that's pictured. I recall they were slightly noisier than the original nylon ones.

Not the answer you're looking for? Browse other questions tagged derailleur or ask your own question.