I have upgraded my bike with a Nexus 3 hub, but the corresponding gear shifter takes away too much handle space on my crooked handle bar (I have to grab the gear shifter during my rides). Hence, I'd like to use a more flexible gear shifter that can be installed everywhere on my handlebar, as e.g. the classic Torpedo. I am wondering whether these are compatible.

Many thanks in advance

According to Sheldon Brown's exhaustive list, the Shimano is fairly close to the two hubs that use the Torpedo shifter. Shimano wants 14.2mm of cable pull between gears 1 and 2 where the two Torpedo-compatible hubs want 14.0mm and 13.8mm, then between 2 and 3 it's 7.8mm vs 8.7mm and 7.7mm, which suggests that the tolerances on the hubs are sufficient that you should be able to find and adjustment that works reliably.

You could also use a handlebar-mounted friction shifting lever like this: 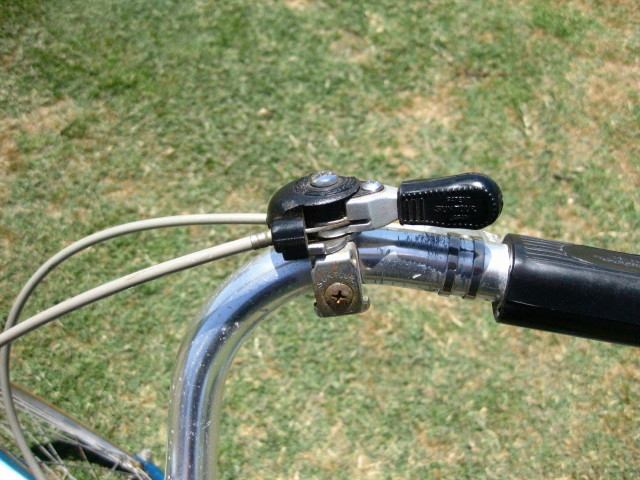 This question about the differences between the various Sachs/SRAM hubs might also be useful to read.

The first response above that referred to the Crib Sheet was not entirely correct. One needs to compare incremental steps from that table. According to that, the 3rd gear pull appears 1.1mm too short (5.4mm vs 6.5mm) - though the difference is really small. The total pull (14.2mm), and the first step pull are irrelevant.

I gave it a try and installed this combination on a 16-inch kids bike. Standard gear cable end knob had to be sawed and filed a bit to fit into the shifter - but it was straightforward 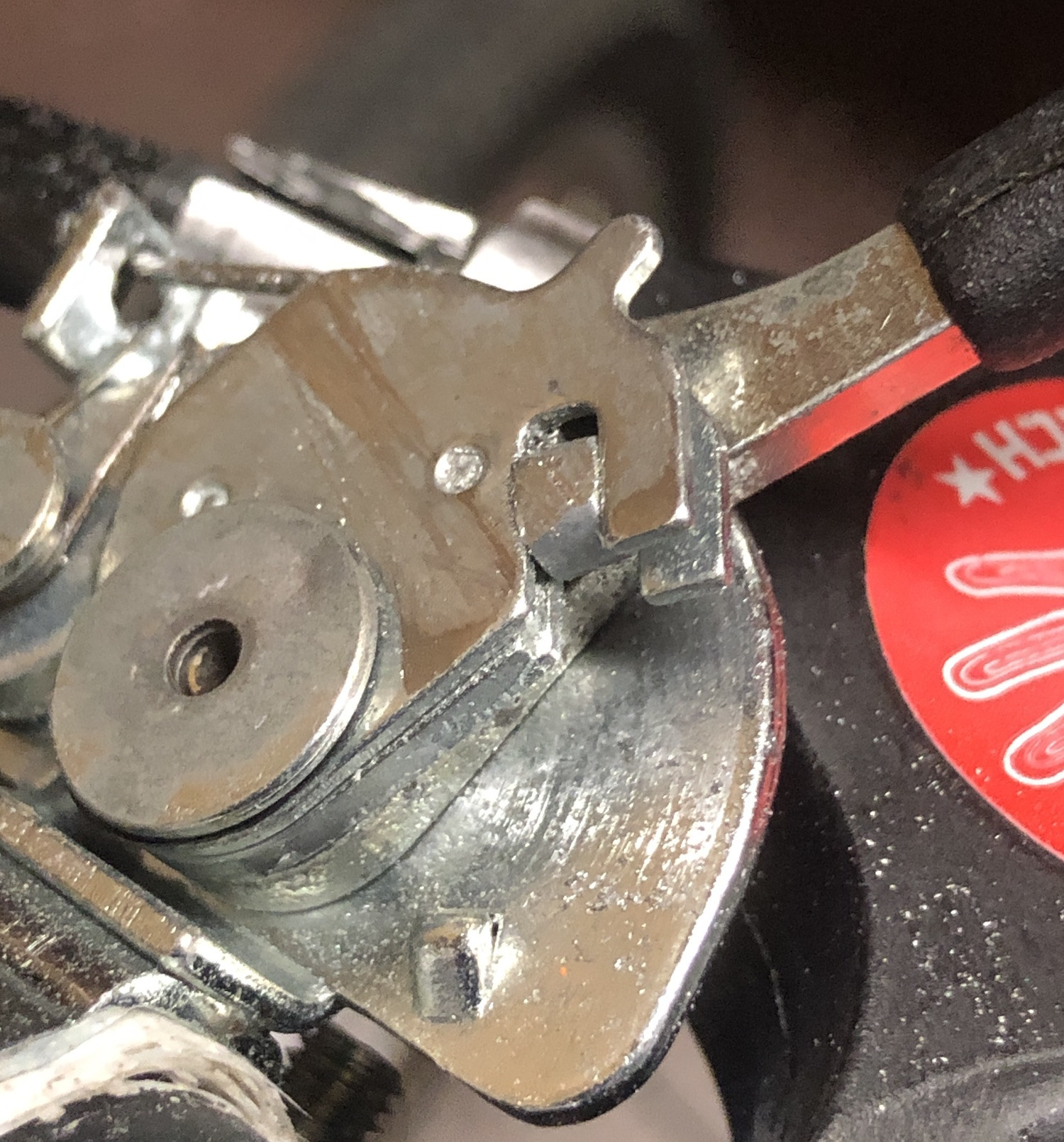 It works. There is no issue to be seen regarding high (fast) gear engagement - which is at the most pulled (taut) cable. Cable pull seems well enough. Note, this "fast" gear will be labeled as “1” on this shifter - which may be unusual and somewhat inconvenient. It can be re-labeled with some sticker (I cut out 1 2 and 3 numbers of a suitable size from some magazine)

There were slight issues with the 1st hub gear (slow gear) - the one at the slack cable, labeled as #3 on the shifter. Hub push rod spring is barely strong enough to power through the bell crank, cable, and the shifter's cable pulley to get all the way to where it needs to be. The handle in this shifter is not actually moving the cable pulley - only releasing it (letting it make a step). The cable must pull and rotate the pulley, and there is some friction involved. Depending on how you handle the lever to fulfill the switch (whether you let it go free with a swift push, or whether you move it slowly and exert up/down pressure on the pulley to increase pressure on it), this occasionally affected proper low gear engagement. At least unless you wiggle the shifter handle around to help the pulley finish its rotation...

Note, the way this hub is designed, there is no risk of getting no gear at all. If the cable is not released enough, the worst thing that may happen is that the hub may remain in Gear 2 - until vibration helps to get more cable in and finish the switch.

I was able to get it to work mostly "OK" with a new high-quality cable and housing, smoother cable routing, LUBRICATION of the Torpedo shifter, lubrication of the bell crank, and the pushrod - and removing some bits of plastic from the torpedo shifter casing that were touching the pulley.

After that, I moved further and modified the shifter by adding a spring from a clickable ball pen (just look at several clickable pens and select one with the hardest spring that is approx. 1 inch long. The pulley has a small notch where the spring can push upon. Its bottom can anchor to the plastic housing - with a small piece of a nail pushed&glued through it to retain the spring in place. With the help of a spring, it now shifts very reliably to the low gear with a noticeable click. And switching to medium and fast gears is not noticeably affected. This solution looks homebrew and makeshift, but so far is running well for 2 months, and the spring stayed there with no issue.

Basically I can summarize that torpedo / T3 shifter WORKS with Shimano nexus 3-speed hub - but it had to be worked on a bit. 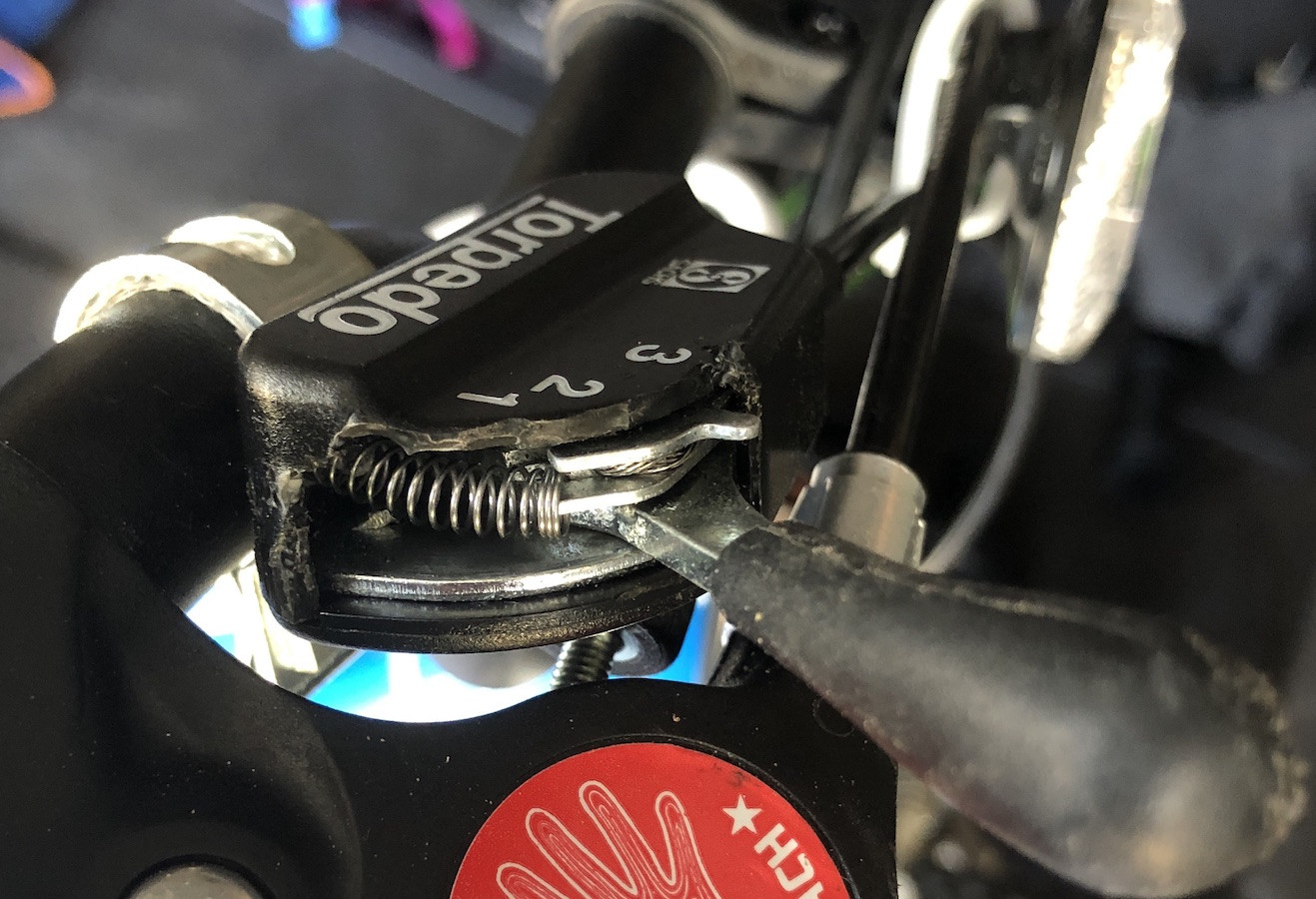 Not the answer you're looking for? Browse other questions tagged gears nexus or ask your own question.