My rear cable housing got torn apart while I was tunning gears as you can see in the picture. I'm quite new to cycling so i'm not sure if i should replace the whole cable or just the part of the housing which got damaged?

Also if I'm just replacing the cable housing, do i have to cut the cable as there is a nut at the end of the cable which stops me sliding the housing out of the cable?

(just for your information i have shifting issues in the rear derailer as well: i.e., for certain gear combinations it sometimes overdo the gears when upshifting and downshifting. Maybe be this is related to a bad cable as well) 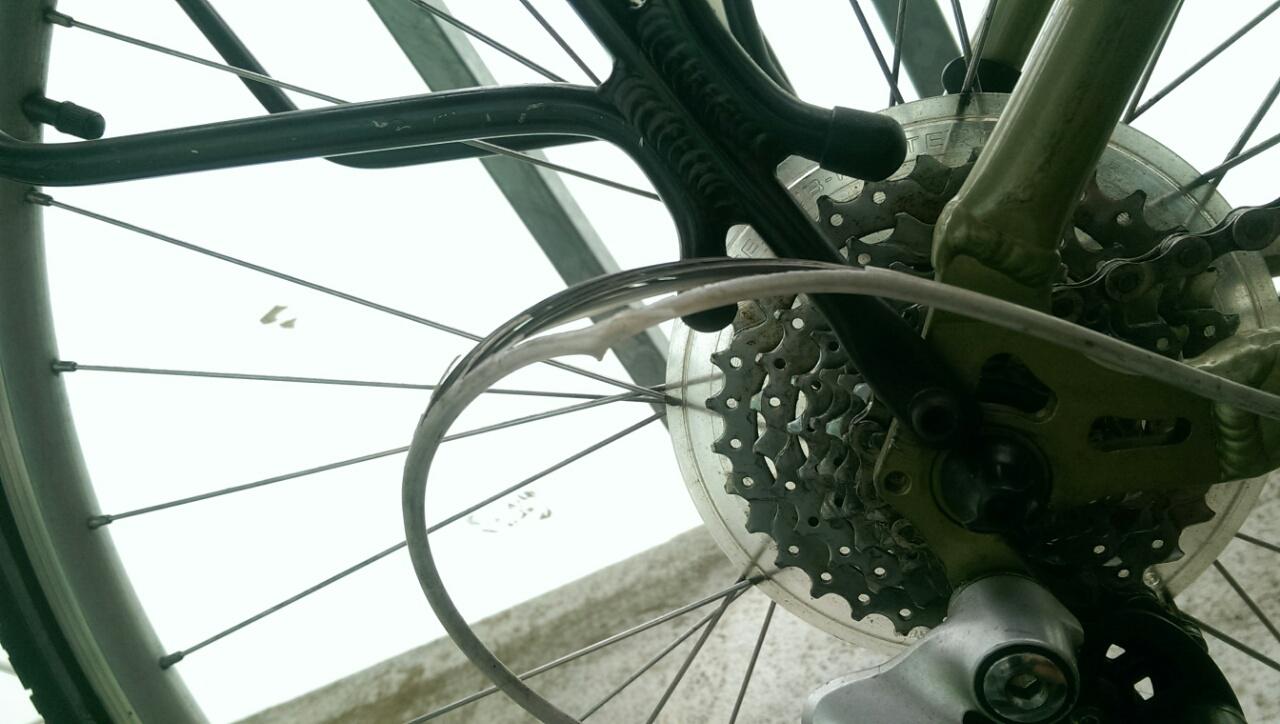 Its likely that your bad shifting is due to messed up cables or a misadjusted derailleur.

As for replacing the cable housing, you can either get your bike shop to cut a piece of housing of the right length by taking your old housing to them, and cleaning up the cut with a file + awl so its flat and the hole is completely open, or you can buy housing kits from companies like Jagwire and cut it yourself (but you will need a bicycle specific cable+housing cutter like Park Tool CN-10 or a dremel to cut the housing properly). There is a nice tutorial on how to replace your housing here. Another good page on prepping housing is here.

EDIT: I zoomed in on the picture. The cable is toast. Get a new cable.

Not the answer you're looking for? Browse other questions tagged maintenance cable shifting cable-housing or ask your own question.