Where should pedals be located?

I've noticed that while riding, whether uphill, downhill, or on a flat, if I move my body to the front of the saddle to where the pedals are behind me, pedaling is much easier. I'm not sure if it's my bike's geometry or my posture, but for reference: where are the pedals supposed to be on a bike with ideal geometry? Below you, in front of you, or behind you? Are there bikes that have different pedal positions, and how would I go about choosing one with the correct placement for me? 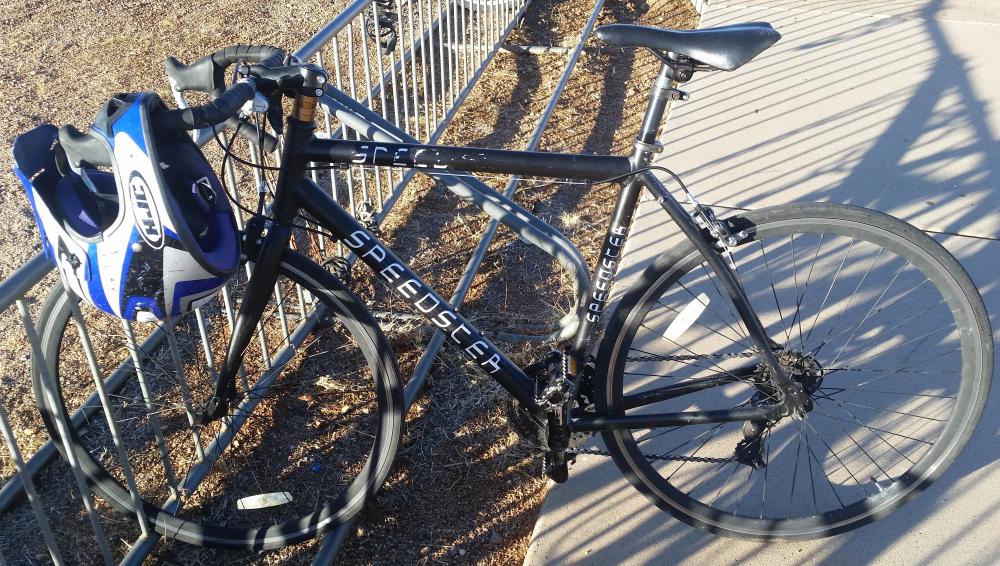 Where should pedals be located (relative to the rider)?

Wherever its most comfortable for you. It's a matter of personal preference (*). What works for person A won't necessarily work for person B, even if they have the same measurements and/or similar bikes.

Your riding position relative to the pedals will change depending on the type of bike, terrain, inclines, elevation, required power output, level of fatigue (shifting forward/back to use your quads/hamstrings/calves more or less in relation to each other), etc. -- even on one ride, you may use many riding positions. You'll need to play with different saddle positions (heights, angles, forwards/backwards ness, width of the saddle,etc. ), handlebar positions (height, angle, width and type of bar (less changeable; some people with wide shoulders want wide bars or more flared drops), etc.) to find something that works best for you. All of these will change your pedal position to some extent relative to the rest of your body. And all of these will depend on your body.

A lot of people use KOPS (knee over pedal spindle) for proper positioning (the knee is over the 9 o clock position for the crank), but it's not exactly scientific as argued by Keith Bontrager. But it's not necessarily a bad place to start for most people, and tweak from there.

The goal of a bike fit is to find something that works for you. You can try a professional one, or play around with things on your own.

(*) Obviously, if the setup is causing you pain, it's wrong and you should change it. See this link for some adjustments regarding pain.

Are there bikes with different pedal locations (relative to the riding positon)?

As indicated by out by Criggie in the comments to our original post (OP) your question is also about bike fit as bicycle geometry and fit are interwoven issues. I will do my best to disentangle the different aspects of fit and geometry as well as answer the intent of the question.

Geometry is the angles and lengths of tubes that make up the bicycle frame. Geometry influences fit (how you are positioned on the bike) and handling (see The Geometry of Bike Handling for a good primer). In addition, to these fundamental components there is also a "fit window" that through combinations of components and set-up you can influence your final position on a bike for a given geometry. There is NO PERFECT FIT, only compromise between three main components:

For example, a Time Trial bike will generally have steeper seat tube angle which will by default position you further forwards on the bike towards the bottom bracket (what the pedals and cranks spin around). That is because these bikes are intended for high power output associated with short duration competitions and moving forward relative is often better for power (as you noted). In this example you can compromise component (3)(comfort) in favour of component (1)(performance). (There is also an important interplay between (1)(performance) and (2)(aerodynamics) which I won't get into here). However, while a forward position may be good for time trials, it may only be a sustainable for a short period of time. While useful for shorter time trial competitions, such a position could leave you debilitated in a ultra endurance event such as the 1200km Paris-Breast-Paris randonneuring event, which will likely need a completely different riding position.

Continuing with the time trial bike example. While by default the bike may position you farther forward, but your final position relative to the bottom bracket (BB) and pedals will also be influenced by how you position the saddle on the seat post and the seat post itself. This is the fit component. (Note that, many seat posts have differing amounts of set back - typically backwards offset, which shifts the saddle backwards - and a few crazy ones even have a forward offset). Here you are using the seat post and the seat post / saddle interface to change your final position even though the frame geometry has not changed. To confuse things even further crank length (cranks connect the pedals to the BB), will also affect your final pedal position relative to your body for a given frame geometry.

Unless you go custom, a given bike geometry tries to strike a balance for a variety of riders for the intended task (e.g., short power rides, longer rides, road, off-road, etc). The expectation is that a geometry will get you into your fit window for a given task and component selection is used to finalize the fit. So even though you are interested in geometry, fit still plays an important role.

The optimal position for a given geometry will also vary greatly by rider, even for riders of the same height. For example, I have proportionately longer femurs than the general population, as a result I tend position my saddle farther back than most riders. Because of my physical structure, I also prefer frames with slacker seat tube angles as this makes it easier for me to get into my fit window using standard components (although I still have a bugger of a time getting enough rearward offset with a Brooks saddle under most standard geometries).

In the end there are a lot of factors (some redundant) that affect your final position. If you would like to read up more on the influence of different geometry considerations I would suggest Cycling Tips: The Geometry of Bike Handling

I've noticed that while riding, whether uphill, downhill, or on a flat, if I move my body to the front of the saddle to where the pedals are behind me, pedaling is much easier. I'm not sure if it's my bike's geometry or my posture

Riders will often shift their position on the saddle in according with how they are riding. Moving forward does generally put you into a power position, this is where the phrase "Riding on the rivet" comes from as on the older leather saddles moving up would put you over the front rivet. However this position is not generally sustainable for long periods for most riders as it can put a lot of strain on ligaments and tendons. This is where the KOPS (knee over pedal spindle) rule of thumb comes from (see Batman's answer). But it is only a rule-of-thumb. If you can ride in a forward position for hours on end with no problem and you enjoy it then go for it!

In the end fit there is NO PERFECT FIT, only compromise. The optimal comprise you depends on your goals, fitness level and flexibility.

You have a bike. Start with what you can do with geometry on that bike. If a forward seat feels good then you then get an offset post and run it with the offset forward.

You may have a bike so miss-sized that you cannot get a good fit. You are not describing other symptoms of a miss-sized bike. The seat is almost all the way down so the bike be too large for you. This may just be fit problem. Shorter stem may help. And the frame may just plain be too big for you. OP posted another picture and now the post is up but the seat is all the back. If you feel better forward on a seat then why would you have the seat all the way back.

Consider that what feels good and may not be optimal. You have the perception of more power delivery in a forward position but you have not measured that. Get help with a bike fit and then learn to tweak it yourself. Go for a ride with good rider and get some coaching.

If you are like a runner and have not yet developed bicycle muscles and proper form what feels right is probably not optimal.

A good bike fit should deliver optimal performance. If you feel like you a need significant different geometry for performance then it is probably perception rather than reality. You can get a very advanced fit ($1000+) where they put on on the bike with a power meter and tape you from various angles. It will just be minor teaks from the base line fit.

It may not be the optimal bike style for the activity but you still need to fit for the geometry you have.

A sponsored team will all have the same bike. Yes they will different size frames and different adjustments. But it not like one rider needs a whole different geometry.

You have a road bike. Start with good road set up for that bike. Learn form/technique and how to adjust that bike. You may decide you need a different style bike but go buy another bike as the next step is little hasty. At a minimum start with on offset seat post but offset forward.

For me the pedals need to be well in front of me, about seat high and above or in front of the front wheel.
I prefer to ride a recumbent bike.

On my sit-up bike I prefer the pedals to be just before the seat, easy to use when sitting. Standing up on that bike is not as easy but I have a bike to sit on, not to stand.

In other words, it is totally your own preference and maybe your personal build.

Not the answer you're looking for? Browse other questions tagged technique geometry or ask your own question.

32
Cycling uphill on a road - sitting or standing on pedals?
18
How to get my feet out of SPD pedals?
1
How should I alight from the pavement?
8
How to start uphill?
3
Saddle getting in place when cornering on MTB - what to do?
1
Geometry measurement, from where to where
6
Should I be continually weighting the handlebars?
5
Ride a bike only using the pedals
3
Should I prioritise reach over stack (in choosing a new bike)?