Note: this question is about a QR chain tug, not a chain tug for a QR skewer. Just so we're clear.

My Google-fu must be weak after too much indulgence over the holidays, or maybe it just plain don't exist. I'm looking for a chain tug for horizontal rear fork ends to replace the threaded tug bolt that is currently built into the frame.

Why?
A. I like having the bolt/tug to help precisely tune the chain tension, rather than the "wheel walking" technique we all know about.
B. I'm considering running two sets of rubber this winter and anticipate doing a lot of swap-outs before my daily commute.
C. It adds precious seconds (lol) to my tire change routine and I can't find anything else I want to tweak on my current whip, so I'm micro-tuning now to feed the addiction.

Motivation (from one of my comments):

The objective of this theoretical QR chain tug would be to allow you to "set" the proper tension using the wingnut, but then be able to completely release the entire mechanism to be able to derail the chain and then remove the wheel. When you reassemble everything, just tighten the QR lever and you should be back to the correct tension, so then you tighten your axle bolts and you're off to the races...

Anyone know of / invented / hacked such a device?

Feel free to slag me and say, "just shut up and ride".

I can see your idea, though I'm not sure a quick release style chaintug would work. Although I think I can see how it could be made possible. Hopefully I've explained it well enough!

With a standard 'nutted' chaintug (A), distance 'x' is infinitely adjustable as the the brace ('1') moves fore/aft along the threaded rod ('2'), distance 'y'.

With a 'QR' chaintug (B), distance 'x' when tensioned is fixed. The only slight movement here would be when the QR lever is in the open position. For it to work, I guess '2' would have to be threaded through the centre of the QR lever '3'. In doing so, the lever itself would need a cut-out for the threaded rod to pass through when you open up the lever. 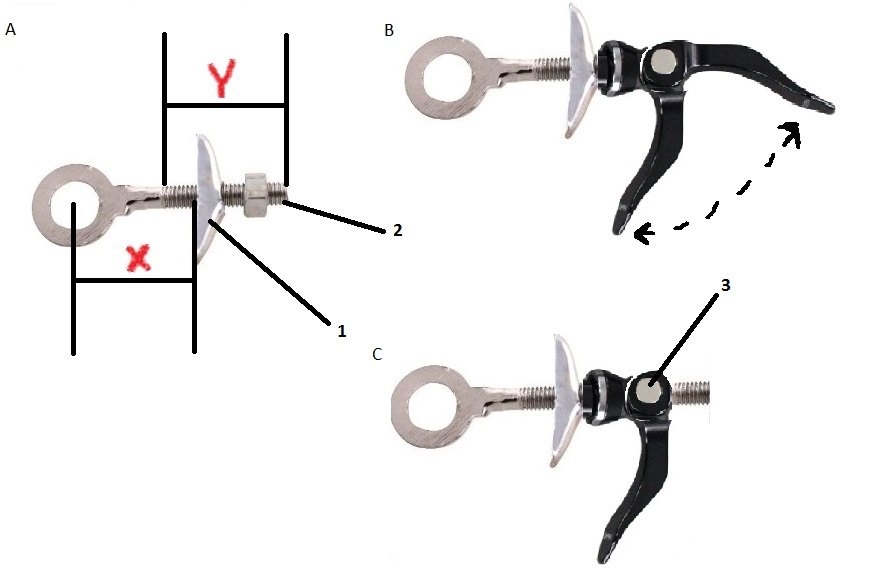 So I guess in theory this, or something similar, should be feasible. Whether or not it would be worth the effort I don't know! I use the same tyres (Panaracer RiBMo's) all year on my fixie without chaintugs so I don't have to worry about changing wheels/tyres etc!

If you just want to be sure you've accurately aligned your rear wheel in the drop out, then an increment etching along the dropouts would be easier. 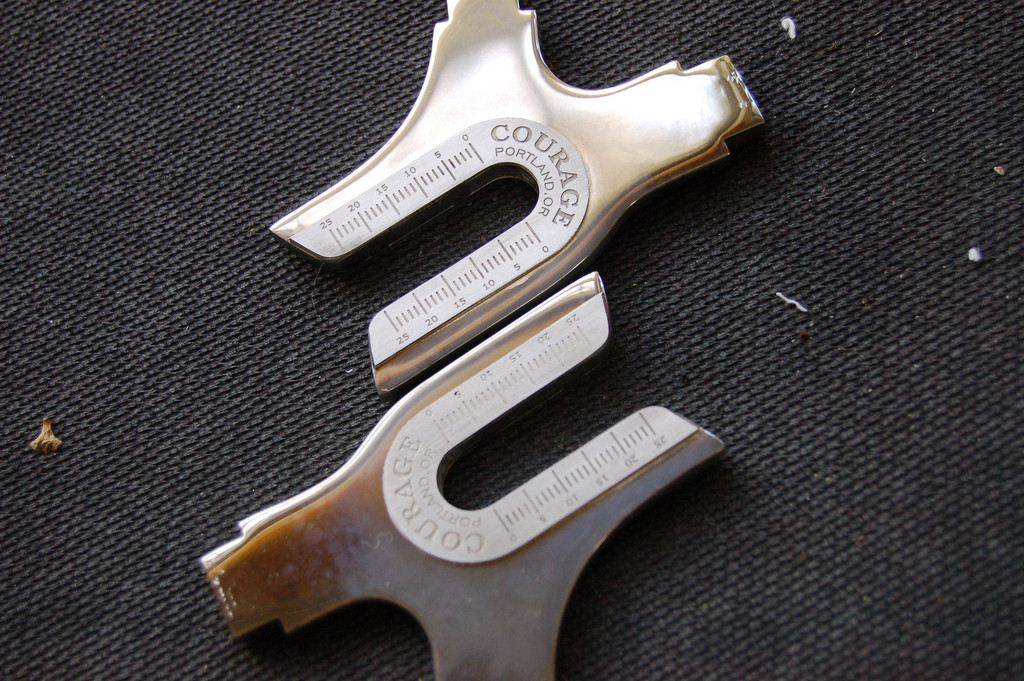 Turns out someone else already done this..bugger!

Not the answer you're looking for? Browse other questions tagged fixed-gear single-speed or ask your own question.