How to equip a bike to avoid parts being stolen [duplicate]

Ask Question
Asked 6 years ago
Active 4 years, 1 month ago
Viewed 606 times
0
This question already has answers here:
Theft deterrents (in addition to locking up a bike) (13 answers)
Closed 6 years ago.

I'm looking for a bike (road bike) in Paris, to move around and avoid train and subways. The only thing that I don't want, is to see my bike stolen a week after I bought it.

What are the good ideas to keep it's bike when riding in town ? What equipments can be put to avoid parts to be stolen (like the seat, the wheels etc.) ?

Are there any cheep brands that sell bikes with equipment that cannot be taken from the bike ?

There are various proprietary brands of security hardware such as pinhead and pitlock. I use the former on both my bikes, for the wheels (QR and nutted), headset, saddle and seat post. Pinhead fittings at least are stocked both side of the Atlantic (I suggest with either that you buy a spare key at the same time).

The bike I keep outside has further features: wherever possible, accessories (such as the bottle cage and pannier rack, even the bracket for a removable light) are attached using anti-tamper torx screws (picture is of the tool). 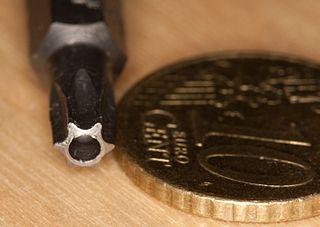 The tool is readily available if uncommon, so it is mainly a deterrent against casual thieves but so far so good. I had a whole front light attached this way and half the light was taken/vandalised shop that may give you an idea of the limits to this approach.

You need a good locking strategy. I use a D-lock through the back wheel, both chain stays and a bike rack, work a separate cable lock through the front wheel, front triangle, helmet and rack. This means both wheels are protected by locks not just security fasteners.

Consider not always locking the bike on the same place. I have a choice of racks outside the station overnight, but lock it inside the station for weekends or longer (it takes long enough getting it out of the station that it would be quicker to walk than do it every day).

I use a cheap bike for this, which is a further deterrent. We have questions here about how to make bikes (and by extension their components) unattractive to thieves.

I have failed to find lights etc. designed for secure mounting, instead the manufacturers have gone the opposite way and made them easy to remove. I've had some success modifying clip-on lights to fit with screws (e.g. glue the 2 parts of the clip together)

For those of you that want to commute on a nice bike in bad neighborhoods, let me give you a few tricks that have served me well.

In my experience, which is sadly rather high, bike thieves tend to look for shiny, and easy targets of opportunity. Camouflaging your bike as a beater will cause most to simply scan right over it.

Incidentally, the following happened to my roommate in Paris, with a brand new $3K mountain bike: He pulled up to a fixture of some sort, leaned his bike against the fixture, and started fishing around in his bag for a lock. Whilst doing so, a thief road up on a beater bike, sprung off said beater, sprung on roommates fancy pride and joy, and road off while my roommate looked on in shock and horror.

Probably wouldn't have happened if his bike looked like a beater.

A further tip is to look for a good locking place -- somewhere with nice bikes on parade, in view of gendarmarie, or in view of many cyclists (where a thief might suppose you are among said cyclists) are good choices, as is underneath a security camera, such as those typically found in car parks. Finally, workplaces often have a sheltered area where you can lock your bike in relative safety.

Last but not least, you can leave the QR for your bike seat, and take the seat with you when you are leaving the bike for an extended time. This tends to be quite discouraging as it both makes your bike look like an abandoned beater, and makes riding off on your bike uncomfortable.

This has to be a dup.

First step is get the cheapest bike that does what you need. One it is a lower theft target and two if it gets stolen it hurts less.

This is my $400 used city commuter - add $80 big u lock. Just remove the front wheel and lock it all to something solid. Take the lights with you. If they steal the post and seat I can still ride home and I am out all of $40. And this bike is a very nice city ride. 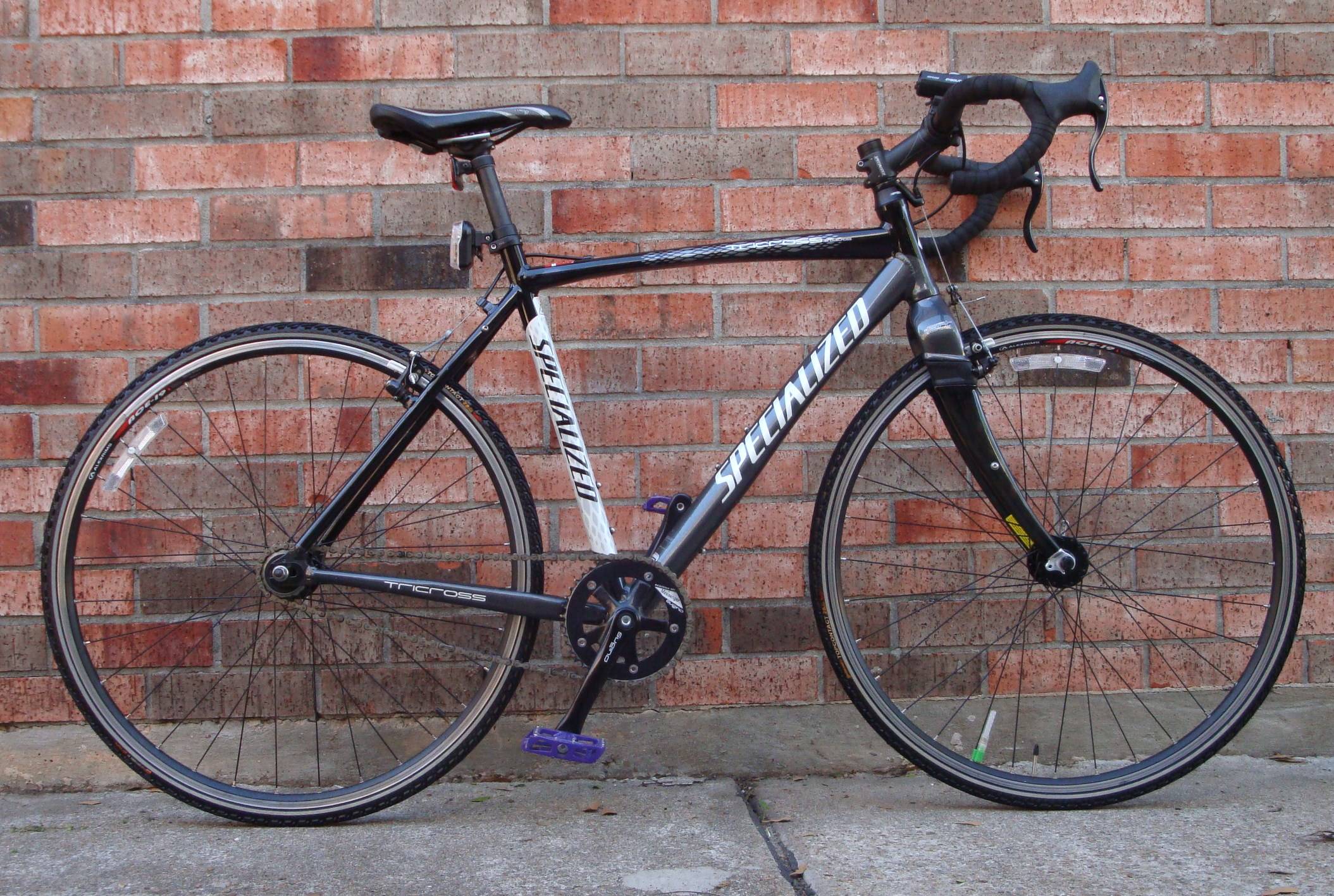 Some ideas to keep the equipment on the bike are:

I would highly advise to just get a cheap second hand bike and a good lock. A new bike is the main target for casual robbers which are the most and there isn't much you can do against professional ones(who go for expensive stuff manly in order to sell in pieces). So getting a cheap in first place and second hand(dirty old looking) in second place will make them just unwilling to make the effort to steal it and even more if it have a quality lock on it.

Not the answer you're looking for? Browse other questions tagged road-bike equipment or ask your own question.

35
Theft deterrents (in addition to locking up a bike)

13
Looking for a first race worthy road bike - What should I look for?
1
Front Derailleur Not Working
1
Help to choose the right bike multipurpose bike
0
Specs for parts on Giant Defy 4 (2013) to decide on upgrades to transfer parts onto another bike
5
Long Distance Route for a Beginner!
4
What things to check on road bike after a long trip on poor roads
1
Swap 7-speed for 9-speed
10
Broken bottom bracket?
8
Prescription glasses getting dusty and greasy
1
Need new chainwheels for a cheap racing bike - which price range makes sense?