I've already seen this question: Problems with a slipping seatpost

The main difference is that I have an aluminium frameset and a forged alloy seatpost - lightweight clamp.

After every couple hundred miles on my commuter (particularly over rougher surfaces), I've found that the seatpost slides into the frame by about half an inch or so. After the second time I've noticed and readjusted it, I figured it might just be because I have a lightweight clamp. I over-tightened it past the recommended torque, but alas, it happened again. I then tightened it as far as I dared without snapping the bolt, but have now found that it has slipped another half an inch over the last 200 miles or so.

Is there some kind of paste / compound that I could use that, similar to the carbon paste, would prevent this slippage? I asked the manufacturer and my LBS about the carbon paste, but they explained that it may not be a great help, because the carbon paste is "designed to create a small amount of swelling of the carbon" on the surface of the components, thereby improving grip. Well, this is metal on metal, so it's different ... right?

Update: It is not oily / dirty / dusty and it is not old and worn

For completeness, I have this bike: http://www.planetx.co.uk/i/q/CBPXRT58ALRIV22/planet-x-rt-58-alloy-sram-rival-11-road-bike

Any advice other than drilling a hole through it an putting a bold in (I won't really do this) ?

Note: I tried to add a tag to the question for the correct English spelling for ALUMINIUM, but apparently I need more reputation for that. Right ... ;-)

I had an exactly same problem: Ritchey WCS seatpost, Merida frame (both alu alloy) and a lightweight clamp, like in @Frisbee's answer. What I tried:

I've switched to a CF seatpost since then, same problem occured, but hair spray come to rescue again. No slipping for months.

After trying a chunkier clamp and hairspray, I found this

Clamp did not help much, the hairspray was better, but I was a little concerned about the solvent stuff in the aerosol.

The Liquid Torque has been applied and I have done over 120 miles since, with not even a millimetre of slippage!

Thanks for the other answers ... 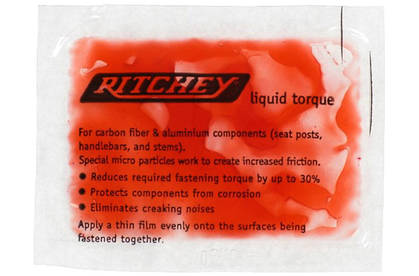 I would try a beefier clamp

This is your lightweight clamp 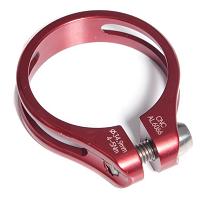 This is a beefy clamp 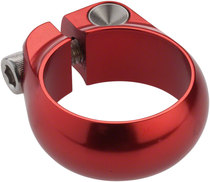 Based on just visual the beefy has more than twice the surface area and it probably spreads the force more evenly. Grease the threads.

Not the answer you're looking for? Browse other questions tagged seatpost clamp aluminum or ask your own question.

5
Can i stop my frame scratching my seatpost?
2
Carbon-wrapped Aluminum seatpost?
2
can I use an aluminium seatpost to install a tagalong on a carbon fiber frame?
4
carbon seat post to carbon seat tube - necessary to loosen periodically to prevent seizing in place?
0
Brake hanger causing seatpost slippage?
2
Will 0.5mm gap/play in a seatpost shim work without cracking the seatpost tube?
4
Bolt holding saddle to seatpost broke
4
Skipping bolts on seatpost , please help?