How to fix folding lock holder

I've got an ABUS Bordo Lite folding lock and the holder it came with which attaches to the bicycle's frame using two thin metal strips and/or two Velcro straps is now broken: 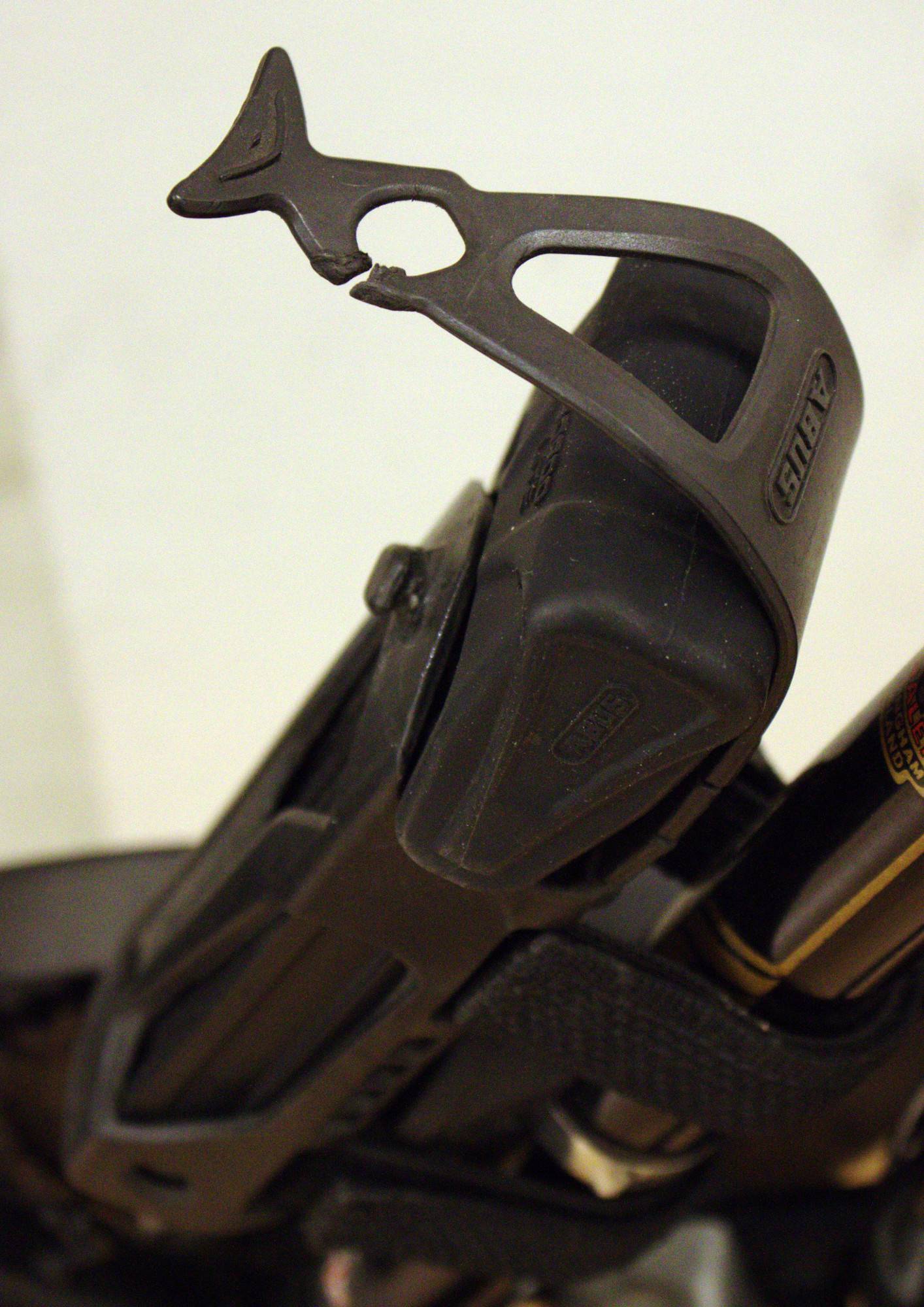 As you can see, the soft plastic strap keeping the lock securely in the "holster" tore. Although the lock itself doesn't fall out when keeping the holster open as depicted, it does rattle around a bit and, more importantly, the strap itself is incredibly annoying because it moves around and sometimes tickles my sensitive, powerful-yet-dainty high-performance calves (no, I don't shave them).

If you haven't taken the time to yet, you should contact Abus, they are generally pretty proud of their products and stand by their workmanship. I would not be surprised if they replaced the holster all together for you. This is where i would start before trying to repair it yourself.

I suggest cutting the broken loop off and using a cable ("zip") tie through the big triangular loop. Two cable ties chained together may help it lie flatter. As an alternative a short loop of bungee cord would also do the trick (available from camping shops).

Thats actually nicer than most lock holders, and seems worth saving. 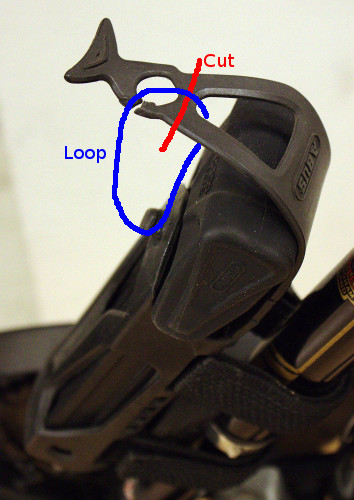 Another solution might be to cut a ring of aluminium, and pop-rivet it around the hole. Roughen the plastic, and use some epoxy between them, then apply pop rivets so the flattest side is against the lock. You might want to use a peening hammer to flatten and round-off the side where your fingers are. Also watch out for making it too thick.

Contact the supplier and see if a replacement is available - looks like a good holder, just lacking in the design department. Maybe a later model has more meat in that area.

I have the same lock and the same issue. The lock holder is mounted to the seat tube on my bike, so the lock can't fall out while riding. If the plastic strap disturbs you and the lock isn't falling out while you ride, I recommend you to simply cut off the strap.

Not the answer you're looking for? Browse other questions tagged repair lock cargo storage or ask your own question.

5
Is it normal that the Abus Bordo folding lock rattles?

15
Silencing a rattling u-lock
16
How to deal with lock that keeps jamming?
14
How do you lock your recumbent?
5
Is it normal that the Abus Bordo folding lock rattles?
4
U/D lock or folding lock?
1
Broken Key/Lock
4
Trouble with spiral folding bike lock - jammed
3
Abus Folding Lock: Adding Damping to Joints