How to assemble '70s-era center-pull brake

I've (supposedly) got a 1976 Motobecane Le Champion with what appears to be the original center-pull rim brakes, which unforunately are not in one piece and need to be re-assembled: 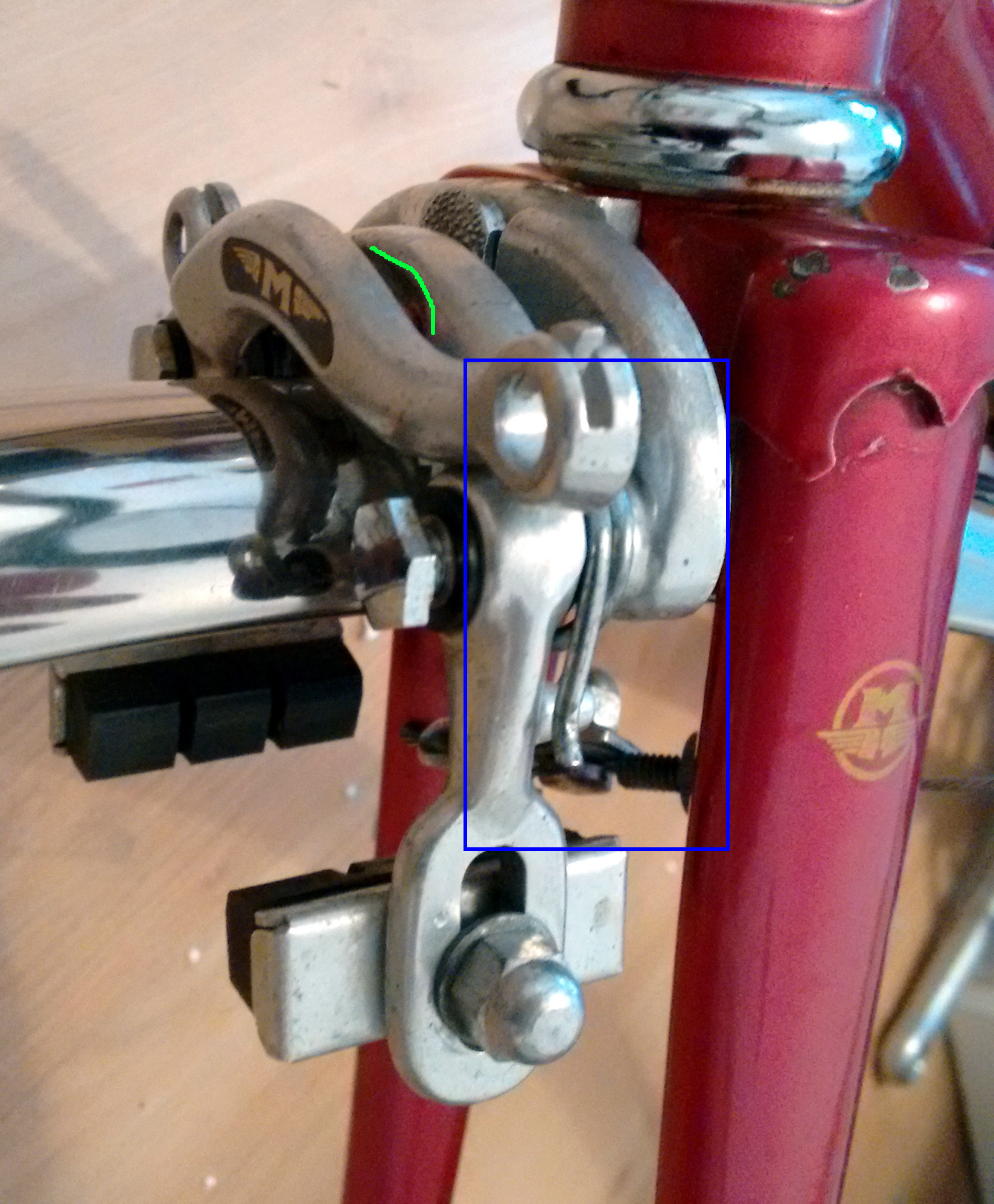 As you can see in the picture, there is a spring on each caliper arm (in the blue square) which needs to be "set" between a hook on the center piece and a hook on the arm itself. When doing this for only one side, you can simply manipulate the arm into place by squeezing it in your hand and then letting the spring settle in. However, when trying to assemble the other arm, I run into huge problems:

Unfortunately, I have tiny little baby hands and so I simply can't squeeze the two arms together in a way which is non-clumsy enough to allow me to then use a ridiculous amount of strength with the other hand to contract the spring manually in order to set the opposing arm.

However, after literally hours of trying to take it apart and put it back together, I started to think (hope?) that there must be a more efficient way of doing this which I have somehow missed: After all, these brakes were designed to be serviced by humanoids with two hands. Unfortunately, the internet has not been very useful in this matter; Does no one have an idiot-proof set of step-by-step instructions for assembling this type of brake?

I finally got it to work by employing a third "hand" as such:

29
Direct Pull (V-Brake) vs. Center Pull Cantilevers (pros and cons)
13
brake lever will not return
1
Rear V-brake pivots (cantilever studs) asymmetrical on Specialized Hardrock XC 2004 - how to fix?
3
Is it possible to reattach the v-brake spring/pin arm?
2
My bike brakes are lethal, help!
1
Feasability of repairing '70s-era welded-steel luggage rack
4
Can't remove 6mm hex pedal
5
Is this the correct orientation of this type of negative plate?
1
Brake caliper not springing back all the way