Can 'Zefal All in 1' really doall of those: cleaning, degreasing and oiling?

Can someone tell me if 'Zefal' All in 1 Spray is good for: degreasing, oiling and cleaning? Link

What do you'll think?

I just got a beautiful bike yesterday, powerful and smooth pedalling. However, it was very neglected and needs cleaning and rustproofing. However, as a student I don't have a tremendously large budget and this bike needs some other purchases too.

In general, it's better to avoid spray-type lubricants like this one (plus, it won't do any of the functions described well). They have a tendency to go in places you don't want to go. Look for drip bottles, such as this one: 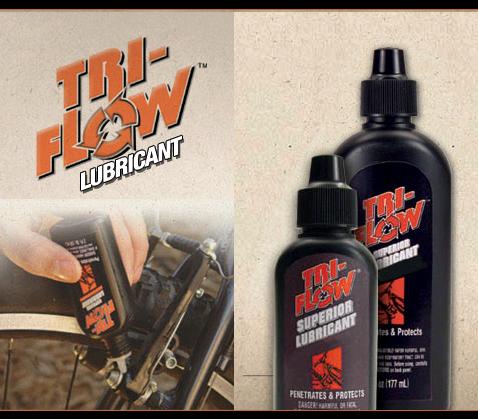 If you're on a budget, good old 3-in-1 multipurpose oil is about 2 dollars (versus bicycle branded ones being about 5-6 for a lot less). It's better than nothing.

If you need to restore things like a rusted chain (and for some reason don't want to spend the 10 dollars to replace it), you can clean the rust off with citrus cleaner or mineral spirits then oil it. Bits of rust on the frame aren't really a big deal unless they're huge amounts bad enough to have structural effects.

Not the answer you're looking for? Browse other questions tagged maintenance repair preventative-maintenance restoration or ask your own question.

6
Do you need to lubricate gears after cleaning gears and chain?
3
Can a worn drive-train be upgraded incrementally or should it be all at once?
2
Is there any reason to keep original drive-train components together until they can all be replaced?
3
What can cause vibration and noise from the chain?
5
How dirty should the chain and the cogs be before I should consider cleaning them?
5
How can I keep spiders and other bugs off my bicycle?
2
Chain skip happening seemingly at random with a new chain
2
Should I change the tire and tube or can it be patched?
2
Can I use fiberglass cloth and resin to fix tiny holes in fenders?
0
I just put too much air and tired popped can i fix it with bike patch i never patched bike before