What caused play in my freehub?

I was getting my road bike out earlier and heard a clunking sound when I dropped the back wheel. I repacked the bearings in it ~200 miles ago, and the wobble felt like bearing play. However when I removed the wheel it was the cassette that wobbled, and when I removed the cassette the freehub moved from side to side inside the wheel hub. It was fine before I repacked the hub.

What on earth could have caused the problem?? Perhaps degreaser somehow got into the freehub and wore something down...

I followed you advice mikes, although my 10mm hex key was too small for the nut. Furthermore, when i grasped the freehub body to inspect the amount of play, it came off in my hand! 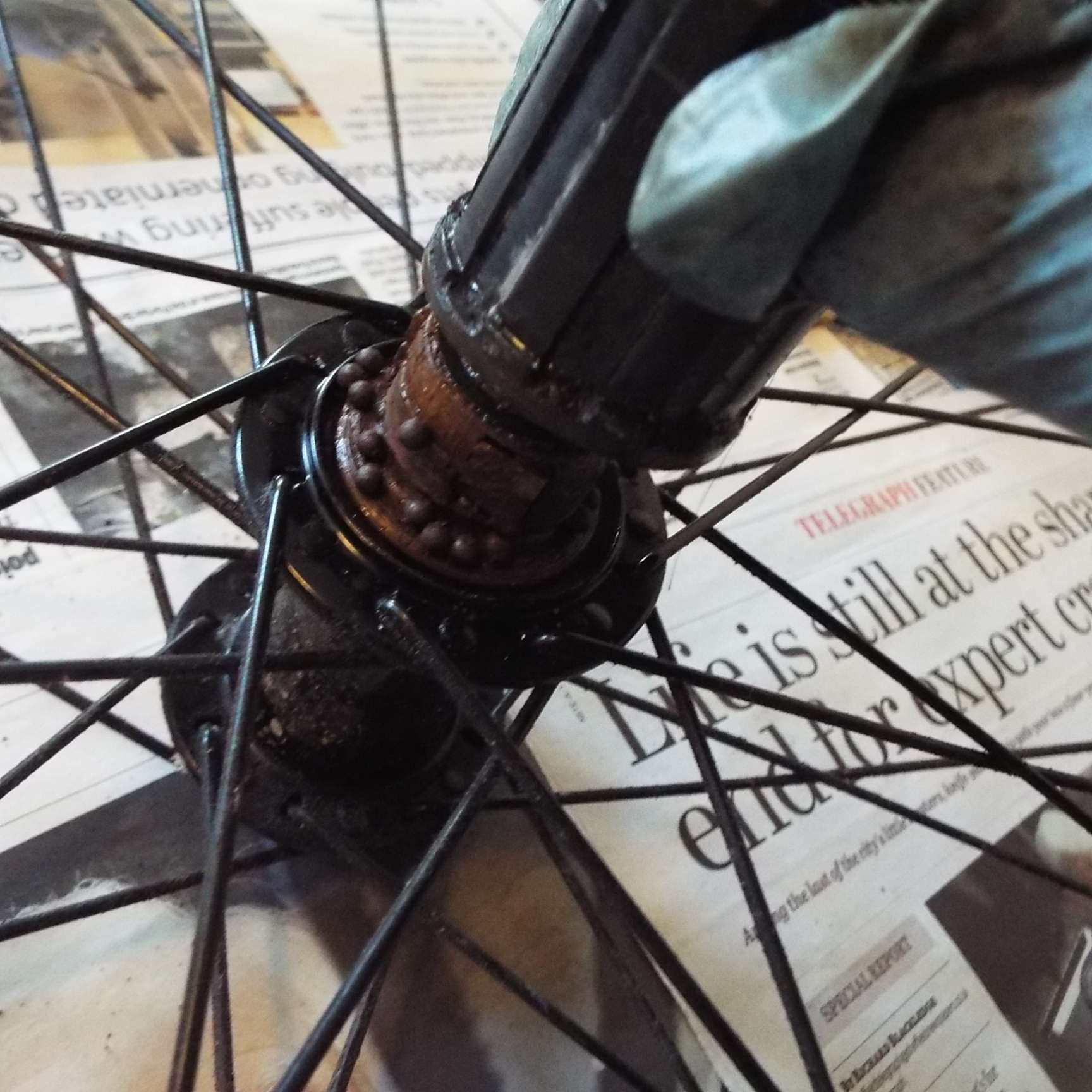 The bearing you can see aren't the 3/16" hub bearings but lots of tiny little ones that were packed inside the freehub. I believe the other half of the freehub, the part attached to the hub by a hex key, is still bolted onto the wheel.

The wheel is part of a bike from decathlon, which is still covered under their parts warranty. Would this damage be caused by a defective freehub or have I broken it somehow during my maintenance regime?

Not the answer you're looking for? Browse other questions tagged damage freehub or ask your own question.

2
Wobbly wheel/hub even when I tightened the cones