How to re-shape a bent steel fender

I've got an old road bike with polished steel fenders, the rear one of which unfortunately got bent during transport:

As you can see in the lower half of the photo, the two sides of the fender were bent towards each other, causing a "crease" to appear in the middle of the fender. 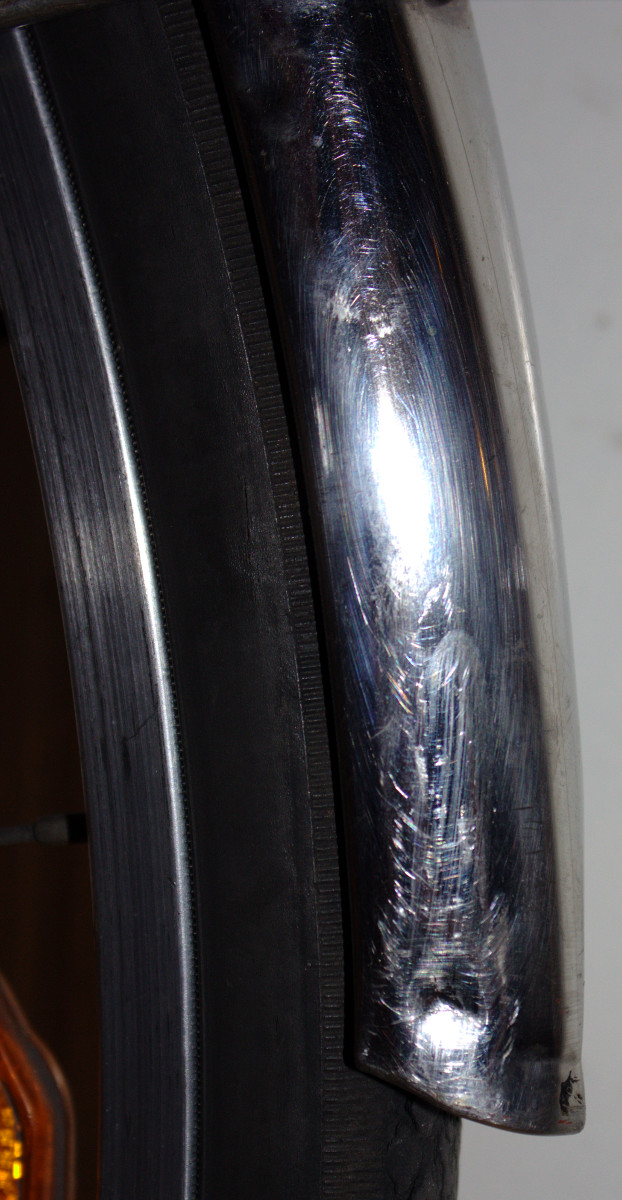 On the left side of the fender, as pictured above, I had tried to use some pliers to pry the side "away" from the other one in an attempt to fix the "crease" in the metal. Unfortunately, this just made a plier-shaped dent at the end of the fender. 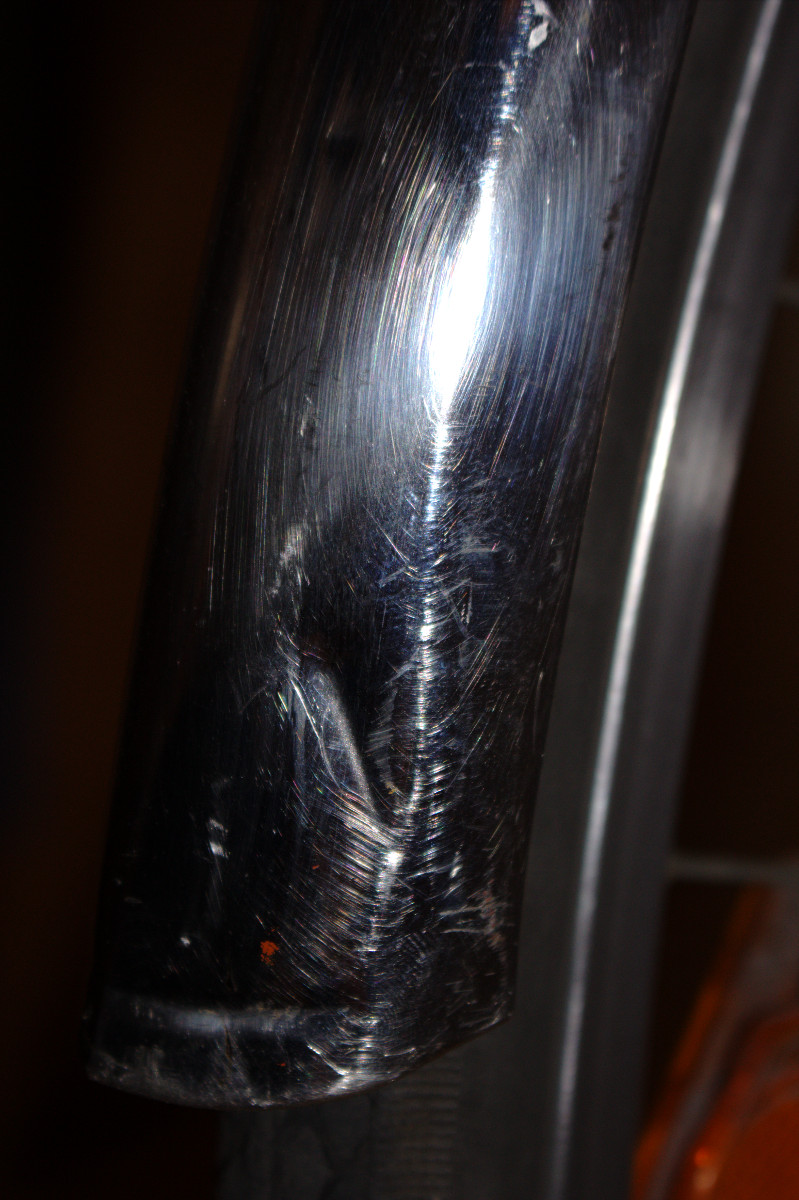 Lastly, on the right side of the fender, as pictured above, there is a somewhat shallower and "wider" dent which also appeared after transporting the bike.

How can I re-shape the fender so that it is not "creased" and not dented?

Generally you'd take the fender off a bike, put it on an anvil, find the right place on the horn of the anvil that matches the radius of the curve, and bang out the ding. Then you'd buff out any scratches or rechrome it. 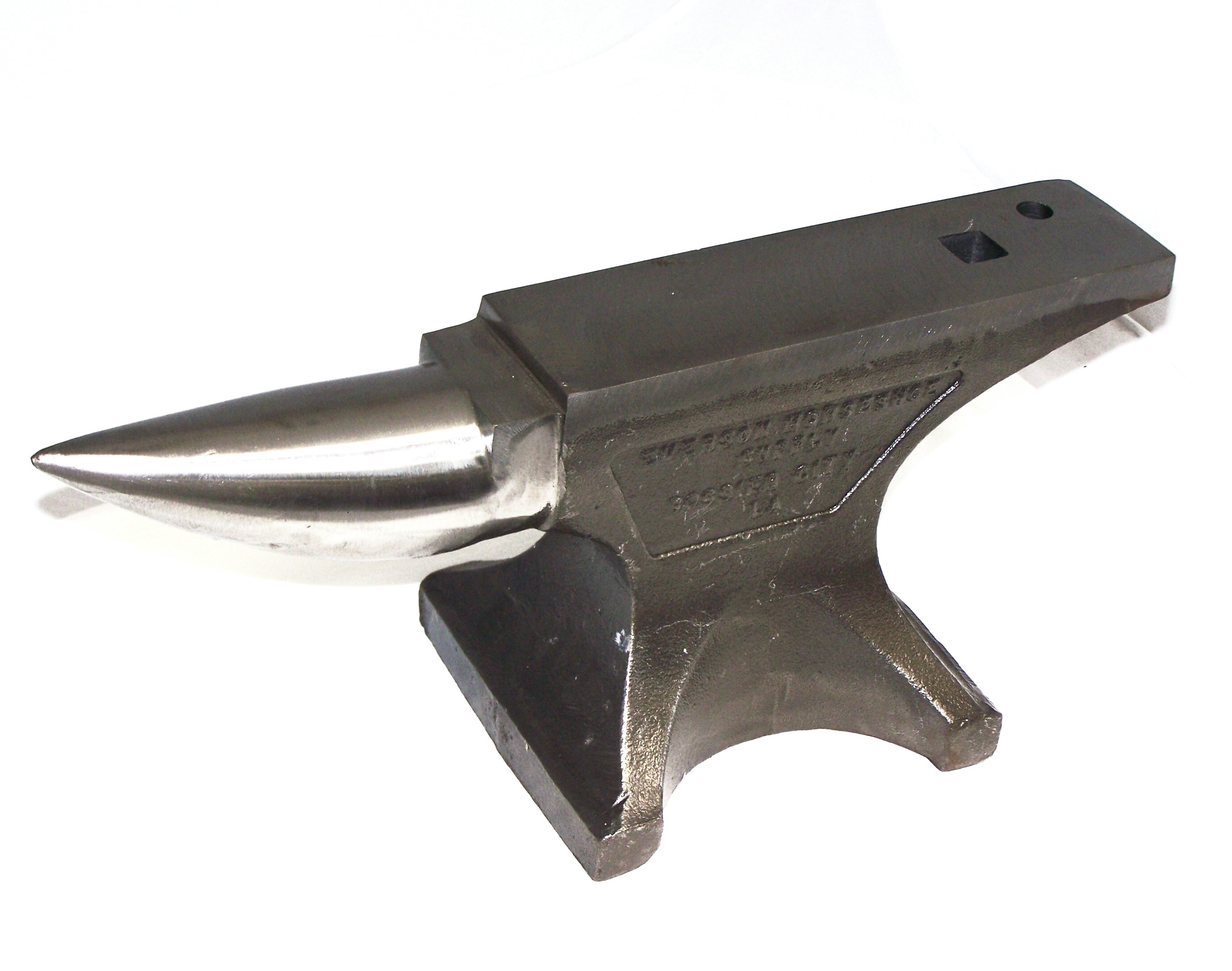 (this anvil's horn is upward curving, you'd want one with a downward curve that matches your fender angle more).

You don't need a big huge anvil, there are hobby anvils that are much smaller. You do want to choose the right type of hammer (most likely bronze faced) so that you don't scratch or mar the finish too much.

You can also take it to an autobody shop or a metalworker and have them do it for you.

Not the answer you're looking for? Browse other questions tagged repair steel fenders or ask your own question.

1
Mudguard/fender width advice
1
Identify missing fender part
8
Rear fender angle
5
Can this bent (after crash) rigid steel fork get repaired?
1
How to release Planet Bike fender safety release tabs
1
Mounting Stiff Metal Fender with Strive Bolts
4
How to / is it possible to straighten a bent seatstay/chainstay on a steel frame? At home or inexpensively by a professional
5
Should my pedal be this shape or is it bent?
1
Marin's weird fender bolt hole direction