I just got a new Shimano crankset and it has this plastic ring on the "inside" of the small chainring. I'm thinking that this just some packing material. Am I right and can I toss it, or is this a real part? 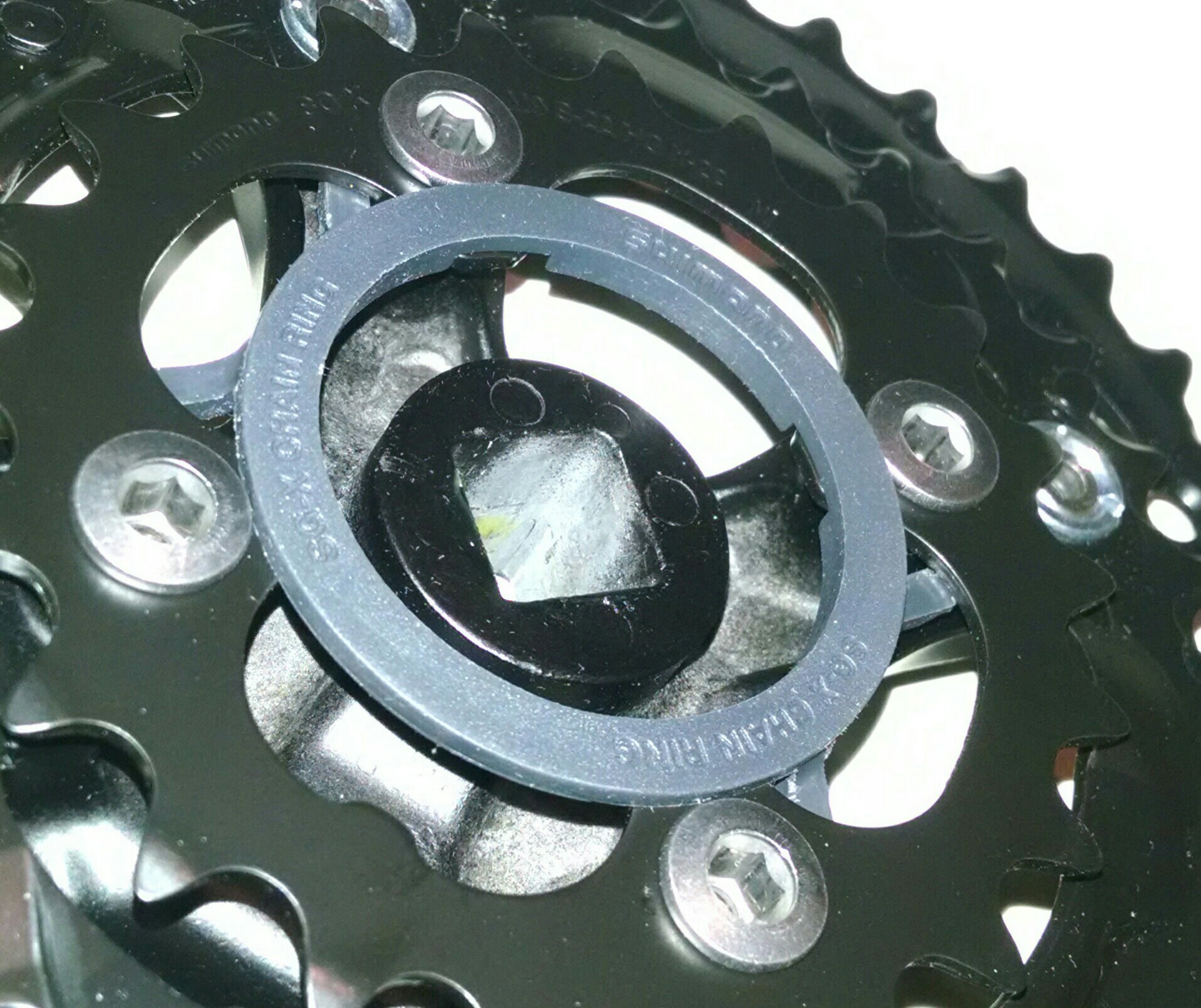 I haven't seen one of those before, but it looks as though it could stop the chain dropping between the bottom bracket shell (the bike frame) and the crankset if you ever drop the chain off the inside of the small ring. When that happens it can be tricky to get it back out, and if the chain is oily you end up with that oil everywhere (mostly on your hands and clothes). This is something I see occasionally, as I stop to help people standing next to their bike looking helpless on my ride to work. On some bikes it's possible to get the chain wiggled in such that it's still movable but you can't get it out without taking the crank off (I've seen that in the bike shop).

I would leave the plastic ring in place just in case is stops that happening. It's one of those "5 grams stops the once in 10 years problem" things.

It might also reduce damage from the chain rubbing on the frame if the chains falls off as above.

Edit: after Batman found the part (Shimano EV-FC-M410-2465A), here's a diagram of something very similar via this pdf link 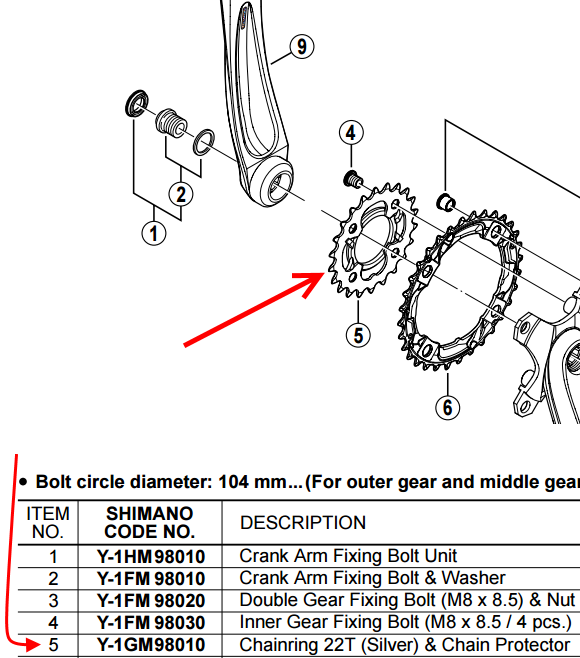 On my set up, the ring was hitting spacer washers behind the cartridge on the bottom bracket. It was OK after the spacer was removed.

3
Shimano chainring / crankset compatibility
1
Chain rubbing on new derailleur and crankset
1
Is it possible to convert Deore Crankset FC-M612 to single speed?
5
Advice for buying a new crankset for my bike
3
Can I switch through all rear gears with a two chainring crankset?
2
Help me build a 2x11 crankset with a 40t/42t big ring and bashguard
0
Chain drops off outwards betweeng plastic guard and last cog on crankset
1
Which chainguard (or alternative chainring) for a Shimano FC-M 510 crankset