I have this internal gear hub and i try to fix it. 1st gear is ok. On 2nd and 3rd gear, especially when I run faster, the hub is not engaging properly, missing engagement sometimes. It is not problem with chain and/or with sprockets.

I`m pretty sure that the problem also does not stem from shifting mechanism. I removed clickbox and operate pushing rod manually. I understand how it works internally because of numerous disassembling and greasing similar hubs. I pushed rod till the indent on it to engage 2nd gear and till the end to engate 3rd gear and especially at 3 i feel that gear is alternating between 1 and 3, making some noise.

This bike was heavily used and i suppose that Ring Gear Unit (no. 5. here), namely, cogs that are "opened" by the driver are worn out and/or circular blade has malfunction and does not support and "lock" that cogs properly.

My question is how to assure that only Ring Gear Unit need to be replaced and how to check if hub exterior is ok. I`m not sure how to check that Carrier Unit (no 4) is ok. It is used by 1st gear, and that gear works properly, so it suggest that this 4 small gears are ok - they look fine. Not sure if it "as designed" - they can be pushed towards centre of unit, when whole unit is off the hub - fell like holes in them are broader than rods that rods that secures them in the unit. This unit also engaged in 3rd gear and that gear works noticeably worse than 2nd (ie loses engagement more often than 2nd).

My last idea is to "fix" rods of unit 5 by "sharpening" them a bit with a file. Is it a good idea? 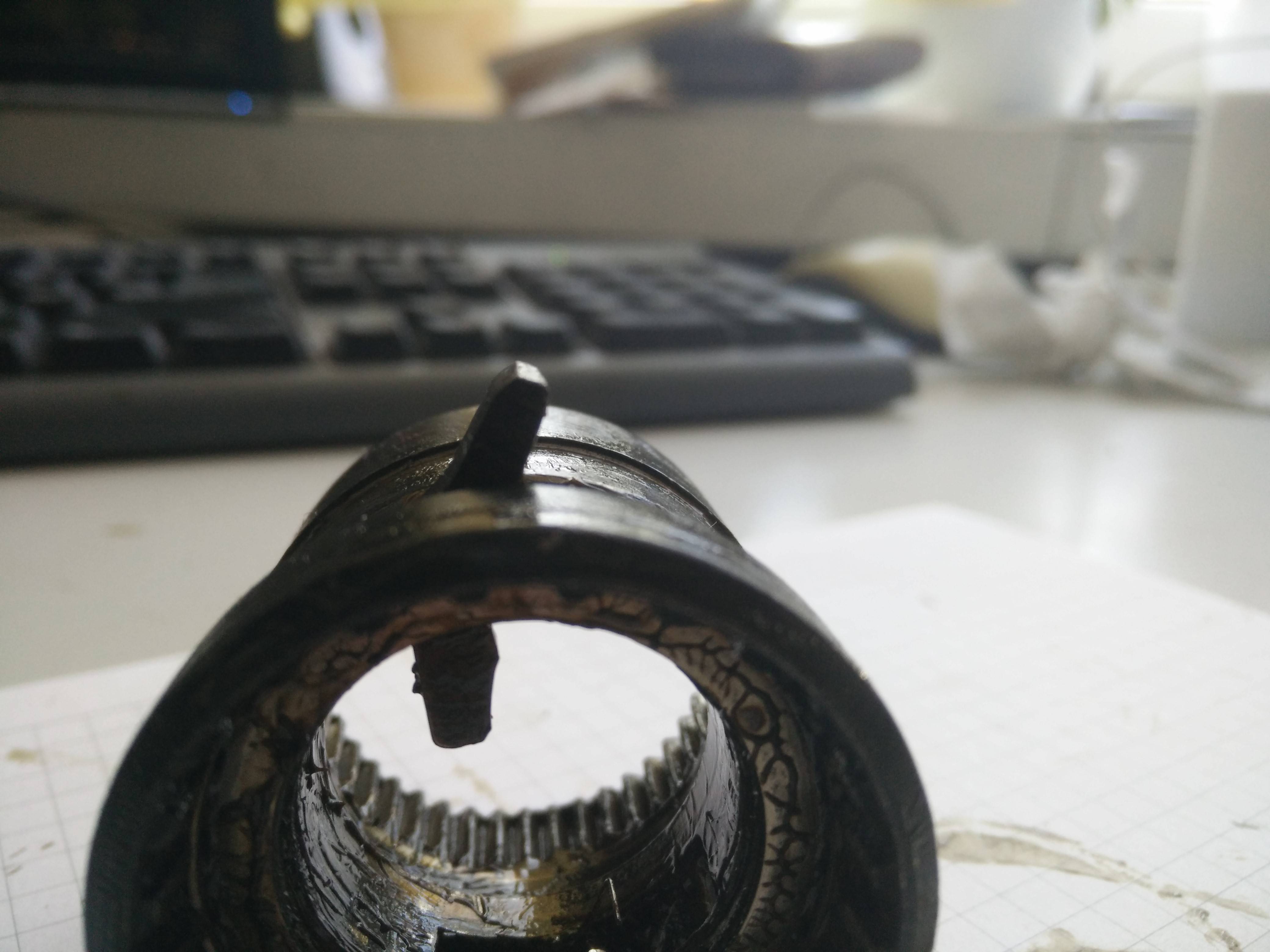 Hub housing from inside (a bit of damage can be seen): 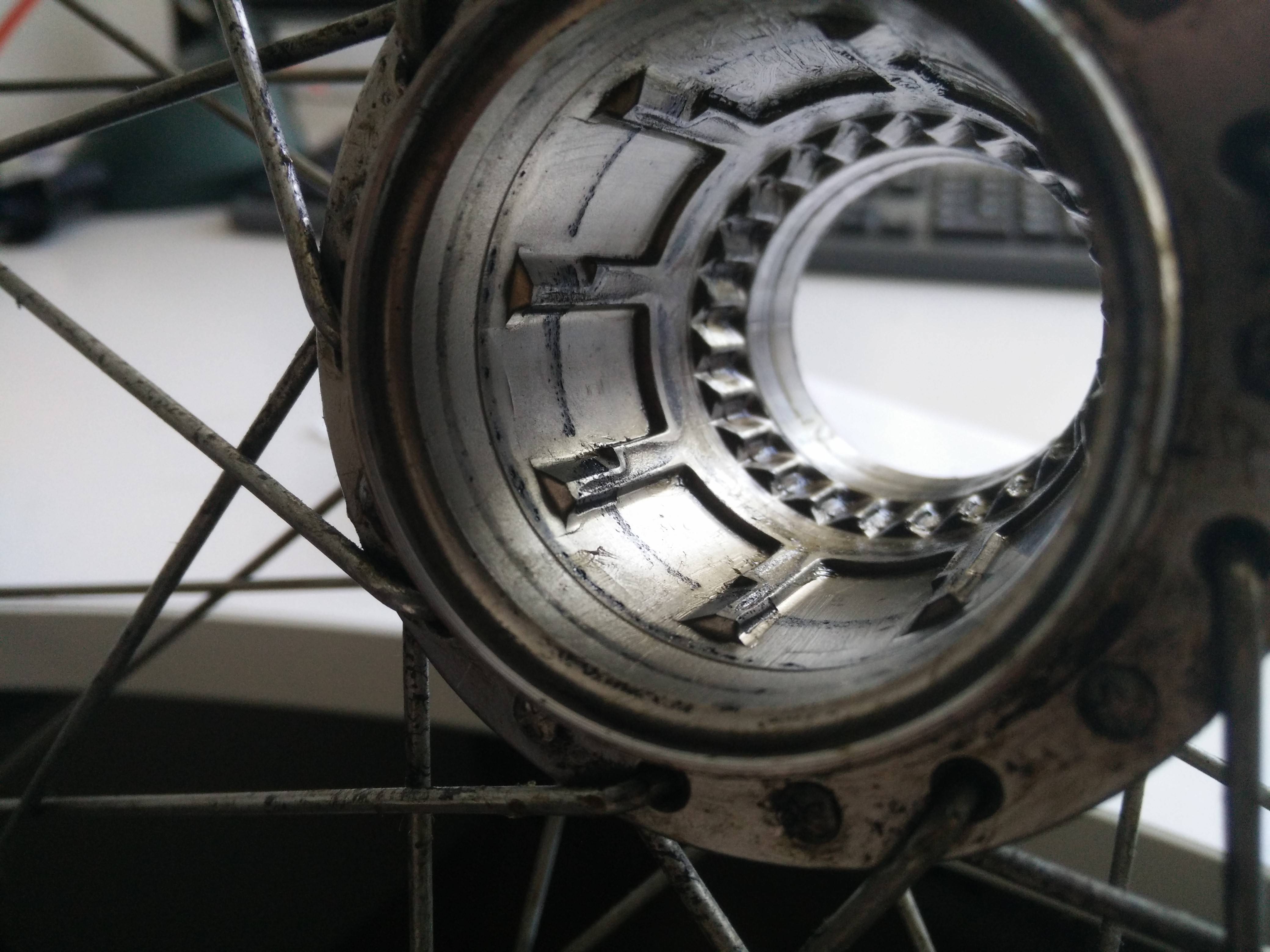 for test I reassembeld hub as follows: I've removed part no 2, 3 and 4 and put the rest into the hub. I got 1st as free gear and 2nd and 3td, both equal to original 2nd gear. I got the same behaviour as described before - mis-engaging at higer speed. Former photos suggests, that part no 5 needs to be replaced. My question is: is it worth to replace it without replacing hub housing (photos show minor wear of internal structure)? Is it possible to get just two cogs, without whole Ring Gear Unit (I mean new one, not second-hand). Last question - which surface of the cog(interior or exterior) would you suggest to file off to try to make it working properly? (since it`s rubbish, i can try :) )

The question - is it possible to buy cogs separately and what shimano say about: "when to replace stuff" is still open.

After a bit of thinking I filed off cogs from the outside. So far so good, hub presents good enegagement at all gears. After few weeks it still runs good. Left is "fixed", right shown for comparison. I fixed (filed) both. Be careful to make them equal shape and that sharp border is not too thin and ortogonal to the side surface 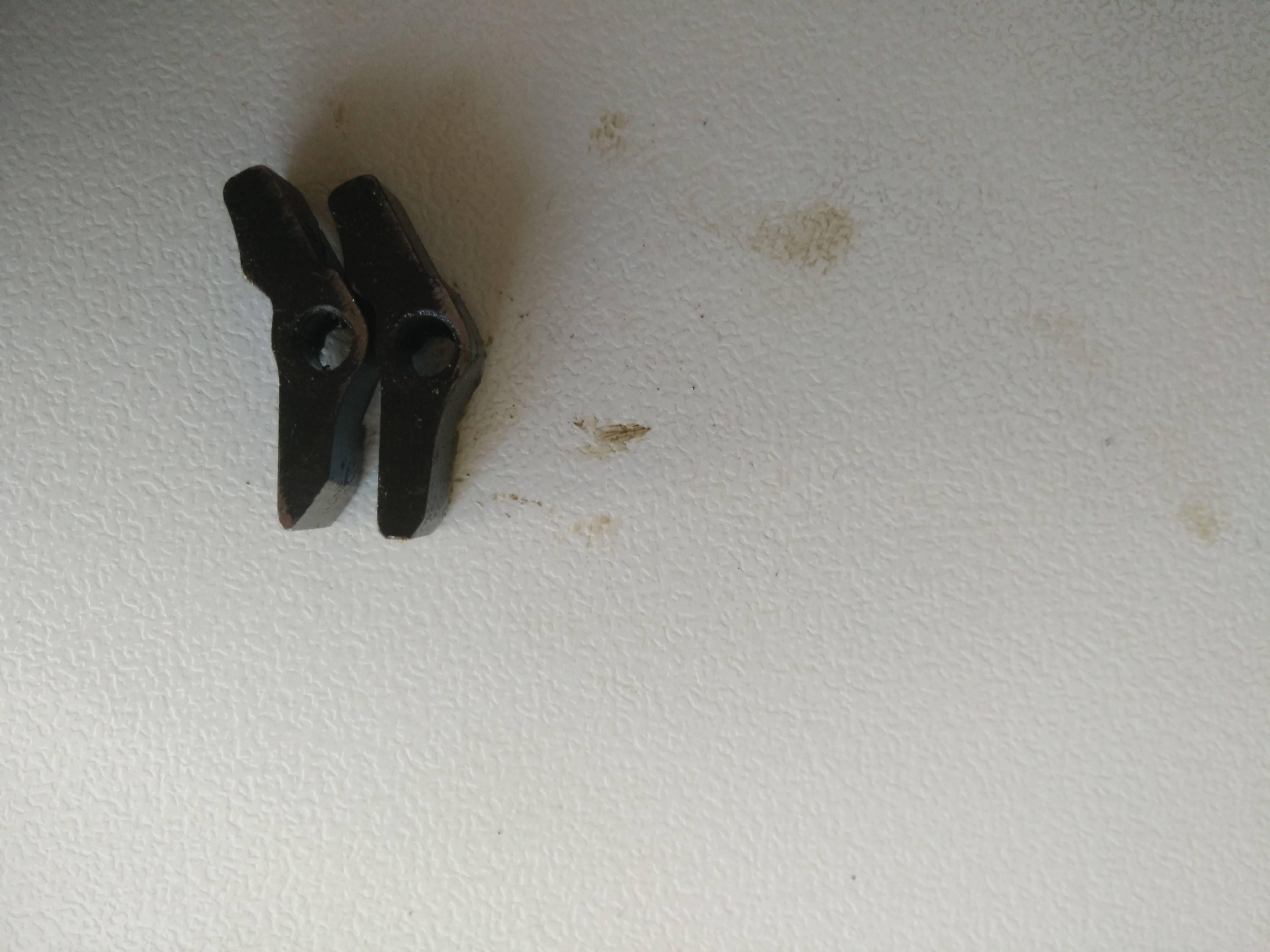 3
How can a Mavic freehub stop working after cleaning?

1
How do I adjust my 7-speed Shimano SIS indexed shifter not to miss out one of the cogs?
1
Shimano RD TX55 Tourney TX 6/7 Speed Compatibility
1
Gear step sizes between Shimano Nexus 8 and Alfine 8 compatible
0
Shifter clicks in but chain stays on the largest cog, when riding
4
increase highest upper ratio with gear hub
0
Shimano Nexus 7 gear hub slips
4
Parking a 3-speed internal hub in 2nd gear permanently
0
Why does Shimano Nexus 3 internal gear feel differnt on 2nd gear with and without the pin and gear set up
2
Wobbly back wheel (Shimano Nexus SG-8C31 internally geared hub)
1
Shifter/IGH stuck on 3rd gear on Shimano Nexus 7-speed