My 4 year old has taken to riding with abandon, and we're starting to get into summer, where we hope to do some trails together. I have a rear wheel bike rack which is sufficient for storage of what we might need to take with us, but he's asked me if I can get him a similar rack on his bike. 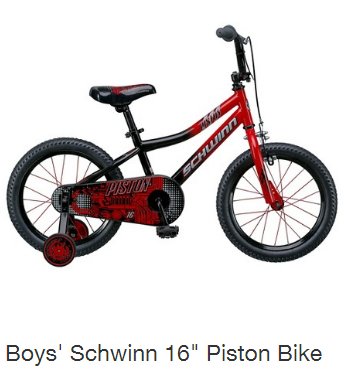 He has a 16" wheel diameter Schwinn, a bike like you'd find at Target or Walmart but reasonably solid. Is it a) possible and b) a good idea to put a bike rack on such a small bike? Do "one size fits all" or "standard" racks fit safely on a small bike? I tend to think a basket is a less good idea (as it's bigger and affects balance more), but I'm open to that if it's the appropriate solution (certainly was what I had as a child). He's very comfortable riding on flat or moderately even surfaces (grass, for example, is fine, as long as it's not too long), and falls maybe once a mile, never seriously.

He'd likely be attaching a couple of small toys (cars a bit bigger than a matchbox car, but not gigantic) to it, plus I'd probably have him carry one useful thing, but mostly I'm not too concerned about functionality - largely, he wants it because Daddy has it, and I'm okay with that (as long as it's not too expensive).

I'm probably not going to mod something metal, but I'd be open to something plastic-based (I had thought about making something small out of PVC piping, but I'm not sure if that's a great idea). I've also thought about just attaching a bungee-type cord to the bike and letting him use that, though again the idea here is mostly that he wants to have something like Daddy.

A "doll seat" might be one solution. They're a little cheaper than a decent rack and won't need modification to fit. You might need to work to find one without excessively pink-girl decorations, but I found this one: 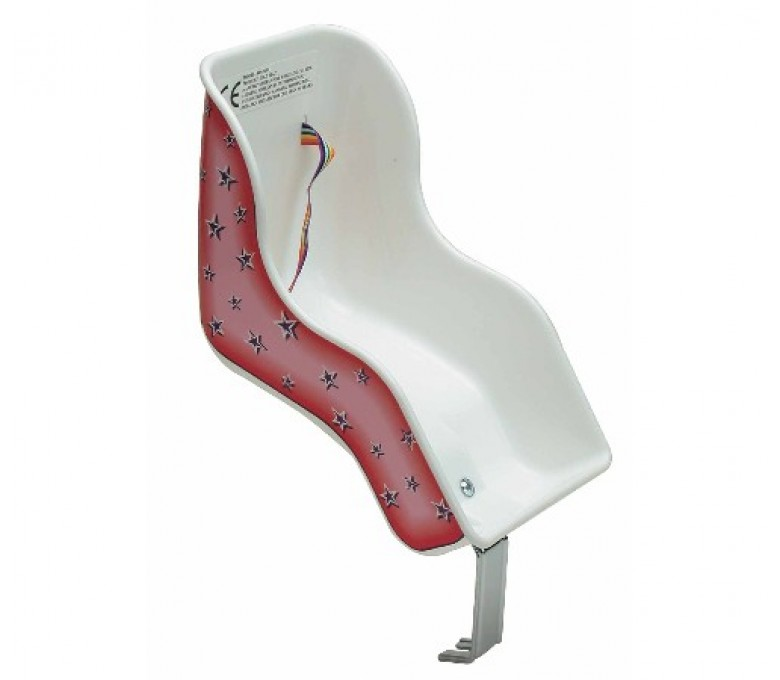 Not the answer you're looking for? Browse other questions tagged rack storage children or ask your own question.

3
Child seat (or rack) at the seat post
1
Is there Rack (luggage carrier) for Ragley Blue Pig?
2
Which rack top bag fits an 11" MacBook Air with space for a little padding?
7
Teaching a child to push off
10
"Racing bikes" with fenders and a rack
3
How can I extend my rear rack backwards?
7
Options for carrying a smart briefcase on a bike (pannier or otherwise)
3
Child's bike rear wheel wobble
3
My child seems to have difficulties riding bike - would different tires help?
3
Rear pannier rack legs seem to narrow in width - is my rack damaged?