2 broken spokes same side, can I replace with one from the other side?

I had an accident and now have 2 broken spokes on the rear wheel of my mountain bike. No bike tools, and no bike shops in the country with 29 inch spokes or rims.

Anyway I have removed the two broken spokes and have a badly warped back wheel. The two spokes are both from the same side, there is 3 intact spokes between them.

Given that there is no way to replace these spokes at the moment, if I took a spoke from the other side and replaced one of the broken ones would it help true the wheel? I need this bike, so I'm going to have to use it until I can order spokes from overseas but it's unrideable at the moment.

Would it be better to try and replace both with spokes from the front wheel perhaps?

I've read about spoke tools, but I don't have anything like that, is it possible to do this with normal tools?

Update:- Got the back rim unwarped, just a bit wobbly now, and managed to get into town with a replacement front rim off my girls bike. Couldn't find a 26, so hopefully will do better on Monday when more places are open. 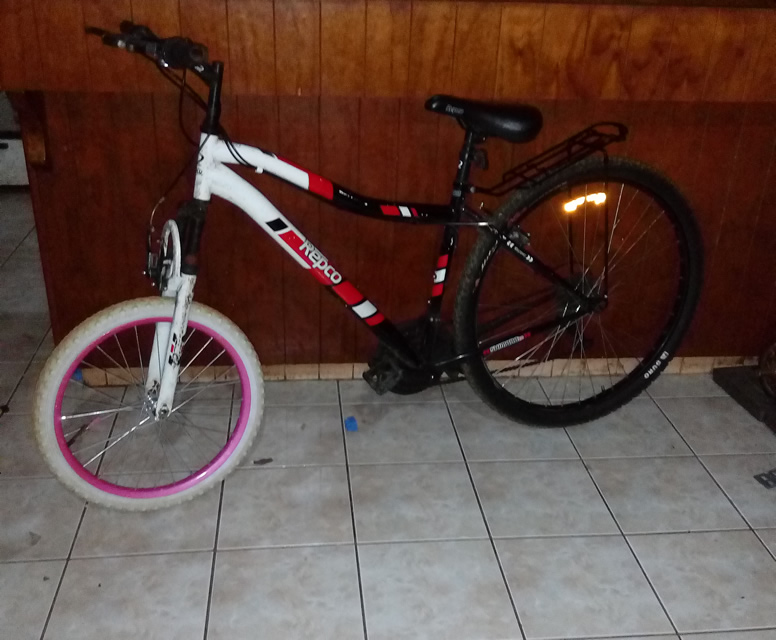 You say it's a mountain bike - what kind of riding do you do? If you're mostly doing commuting on smooth roads, you should be able to get away with it through careful riding, avoiding curbs, pot-holes and other harsh knocks. If you're riding off-road on even moderately bumpy terrain, I'd say that's a prescription for a wheel failure which will end up in another accident, and this time it may not be just the wheel that ends up broken.

As far as spoke wrenches go, when I last really worked on a wheel, the top of the nipple had a small slot in it where you could use a slotted screwdriver. It appears that they still do: 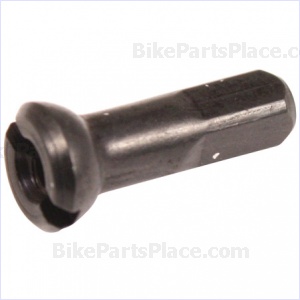 You can remove the tire, tube and rim tape then use your screwdriver in this slot. I'd suggest that when you order your spokes you would want to order either a multi-size spoke wrench or a set of single-size wrenches (I just picked up a Parke Tools multi-size one last night for $10, the set was about $15) as that will make quick tweaks to truing much easier in the future. I'd also suggest ordering a few extra spokes, just to have them on hand should this ever happen to you again.

Since it's your rear wheel and that takes the majority of your weight, I'd suggest that you'd want to temporarily replace both of them with spokes from the front. Where from the front you'd want to pull them, I'm not certain - I'd hope someone else will chime in on that. Pulling them from right next to each other increases the weakness at that spot, but makes it easier to maintain true, while pulling from 180° from each other spreads the weakness, but makes it more difficult to true up.

As a side note, I'm curious where you are that you've got a bike with 29" wheels - I certainly don't know all there is to know about bikes, but that's a diameter I've not heard of before.

Not the answer you're looking for? Browse other questions tagged rims spokes or ask your own question.

5
Lots of broken spokes on one bike, with different wheels
7
Any experience with spokes breaking on new Trek 720 touring bike
11
Replace rim because of 4 broken spokes?
8
Should I seal the open spoke holes on my front rim?
3
Breaking spokes very often at J bend
21
How precise do spoke sizes need to be?
2
It is dangerous to bike with 5/36 spokes broken?
4
Is it common for the left side spokes of a front disc wheel to have more tension than the right side spokes?
7
Spokes bow out from the hub flange
10
What can cause wheel spokes to snap in the middle?