Windshield on a bike

I'm doing a bunch of work on my bike today, and had an idea. My biggest speed killer especially downhill is air resistance. I have a mountain bike but I only ride on the road.

I've been looking at my bike and it would be fairly easy to attach a piece of curved perplex from above the front tyre to a few inches above the handle bars. Motor bikes have little screens like this above the handlebars which seem to deflect the air over the riders head if he puts his head down, so for example I could smoke a cigarette on my last motorbike without the wind bothering me much.

Has anyone done this? Or is there some reason it would be a bad idea?

Update:- After quite a bit of messing around and testing it coasting down a hill with and without. I found that going downhill it does increase speed and comfort. However it's in the bin as totally unsuitable for the tropics since I am an aircooled gadget and when cycling hard into a headwind when I need airflow the most I don't get the same cooling as I do without it.

So it was a total success in terms of the question (downhill) but no good for other reasons.

Windscreens are more about rider comfort than decreasing air resistance. I would think particularly with the upright riding position of a mountain bike that your hypothetical installation of a windscreen would increase air resistance, unfortunately, by expanding the area of mass that would push against the air.

The common advice for getting more aerodynamic on a bike boils down to get low and small. This is why cyclists trying to hit speed records always duck down while gripping drop-style handlebars. They also wear tight-fitting clothes, use specially-shaped helmets, get a bike that is engineered specifically to cut through the air quite efficiently, etc.

So I'd conclude that if what you're looking for is not so much maximizing your possible speed but rather getting the wind out of your face, there's nothing inherently wrong with installing a windscreen. But if you try pushing into a head-on wind, I'm sure it would take a lot more effort from you.

Steve Gurney invented a pod bike and used it for the Coast to Coast race. It's possibly a bit extreme for what you want. :-) 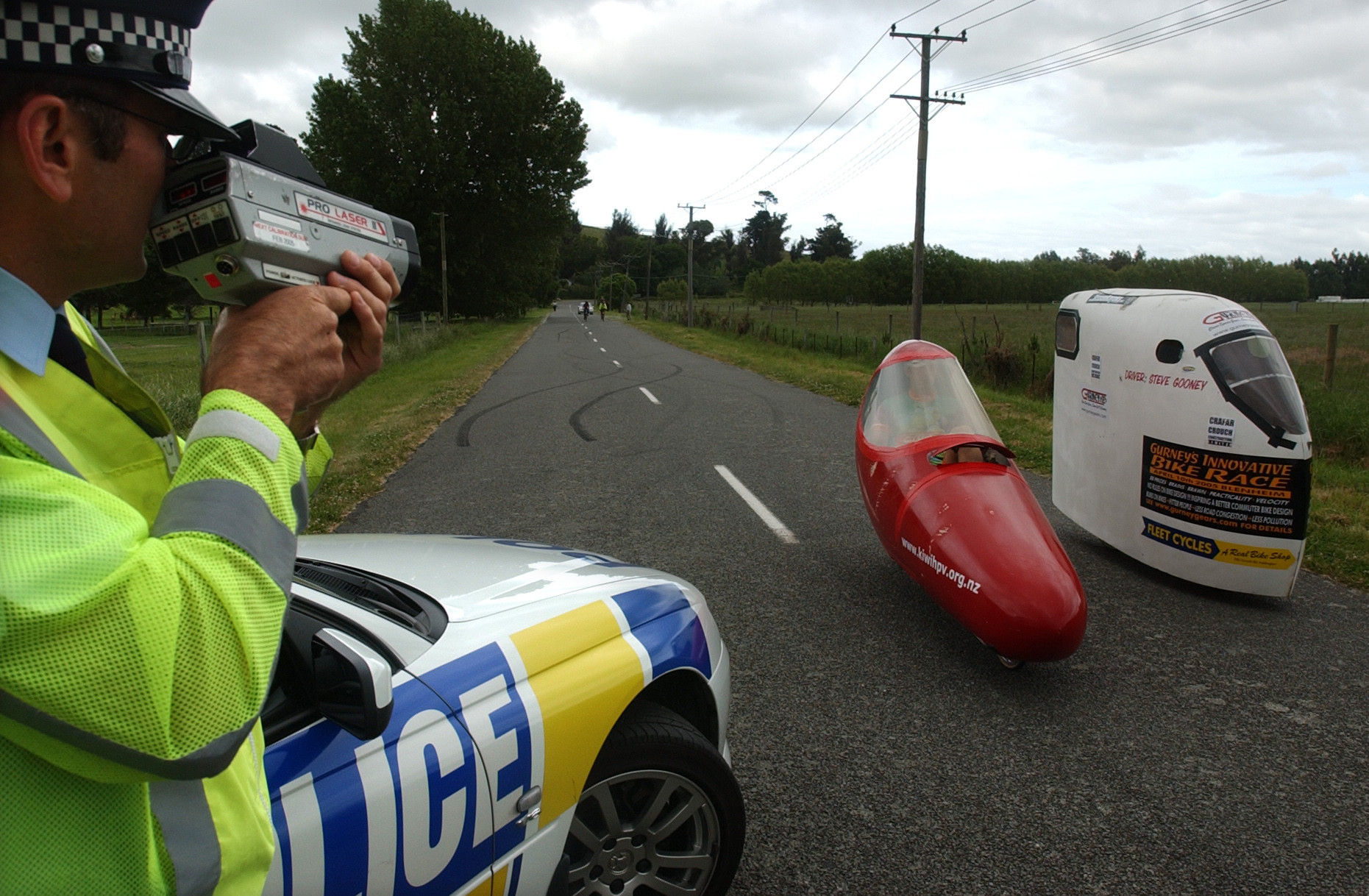 I have no experience with front fairings, but I did make a tailfairing for my trike. Anecdotally it reduced wind noise and didn't slow me down, despite the slight increase in frontal area, 90 degree front edges, and 6kg I added to the trike. Making a proper tailfairing would look EVEN STRANGER, but give you sealed cargo volume and improved aero without blocking your cooling airflow. Perhaps you could model it off Craig Vetter's streamliners.

Because of the relatively upright position in which one would sit on a mountain bike, this windshield would have to come up much more than just a few inches above the handlebars. A monstrosity like that couldn't be very aerodynamic because of the large area exposed to the air. ie., it'll be more of a sail than a drag-reducing mechanism.

Also, a windshield in itself is probably not that good an idea. On superbikes where the rider stays low, the windshield makes sense because it isn't very large and at the speeds they move at, the uneven contours of their helmet and shoulders would make a difference. On choppers(the motorbike, not the aerial vehicle) it makes sense because riders don't want insects and other particles on their suit and helmet while a large windshield doesn't matter too much since the bikes are powerful enough to push the windshield through the air.

In cars, the windshield is not the only thing that provides aerodynamic efficiency. Combined with all the other windows, it lets air flow around the car and not enter inside (if it did, a large amount of turbulence would form and make the car very inefficient).

so for example I could smoke a cigarette on my last motorbike without the wind bothering me much.

Actually that won't be possible, when you move forward, the air just behind the windshield would start getting vacated and air from the sides and top would start rushing in to take its place, this would form very powerful turbulence and your cigarette would extinguish faster than a candle on Mars

Your best bet is do what most people do and duck down as far as you can without your knees hitting your chest and with your forearms on the handlebars so you don't end up bending your elbows awkwardly and looking like a 10yr old who thinks he can break the sound barrier on his cycle.

But, if you have the cash to throw around and you only ride on road, do yourself a favor and buy yourself a road bike. Or if you don't have enough for a new cycle but enough for some upgrades, do what i did and swap out your handlebars for drops and get thinner wheels as well. [I did it to my Trek 6500, a 20yr old hand-me-down]

On a more hypothetical note, and if you're hellbent on some sort of perspex contraption, you could try designing a full cockpit-style egg shaped capsule for yourself, now that will help you go fast, and of course smoke that cigarette.

I'm also considering a screen on one of my E bikes.. its got enough power so that shouldn't be any issue, i have sourced one of the Thule Yepp screen that fits on the Continental Yepp childs seat, the euros prefer to have kids in front and the screen is big enough to cover and save wind for the toddler.. it will take some fettling but it will be possible, my only concern is that it will need extra bracing to hold it firm in the speed that i can cycle at.. 25mph+ it should also save me getting cold as i have noticed that in our Irish autumn and winter weather cause your body isn't working as hard you get cold quickly and need wrapped like a motorcyclist!!

Not the answer you're looking for? Browse other questions tagged mountain-bike road or ask your own question.

4
Mountain bike, one road bike tire. Front or back?
1
answers for why the bike wobbles back and forth when standing on the pedals and working it
1
Road bike and mountain bike shoes
3
What road bike size to get?
0
Help Me Identify My Old Norco Bike
1
Road bike frame sizing
4
What model of Cannondale road bike is this
1
Road tyres and tubes for a mountain bike