We have a smallish 2-car garage on our house, which with both cars in it, is difficult to put all 6 of our family's bikes in as well. My bike is typically hung from some hooks in the ceiling, and I have a hoist on the ceiling for my wife's bike. However, I have not found an effective way to get all the kids' bikes in. I have tried hooks such as these: 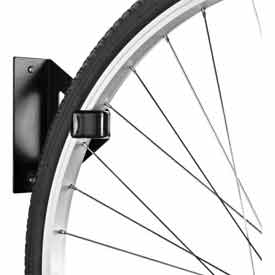 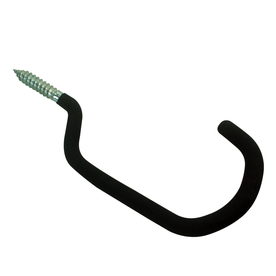 which lets them fit, but I find that the bikes fall out of them quite easily unless the bike is lifted all the way off the ground, which the kids lack the ability to do. I thought of putting in more hoists, except that there is not enough ceiling room left to do so (without coming down on a car, that is) and I'm concerned with the kids securing them wrong and having one fall (damaging the bike, the kid or a car).

Does anyone have an innovative way to store multiple bikes in a tight space that does not require significant lifting? The kids are able to get the bikes up on a rear wheel, but not typically to lift it enough to get it in a hook that would keep it off the ground.

Depending on your garage arragement, I would consider sth like this, but for vertical position: 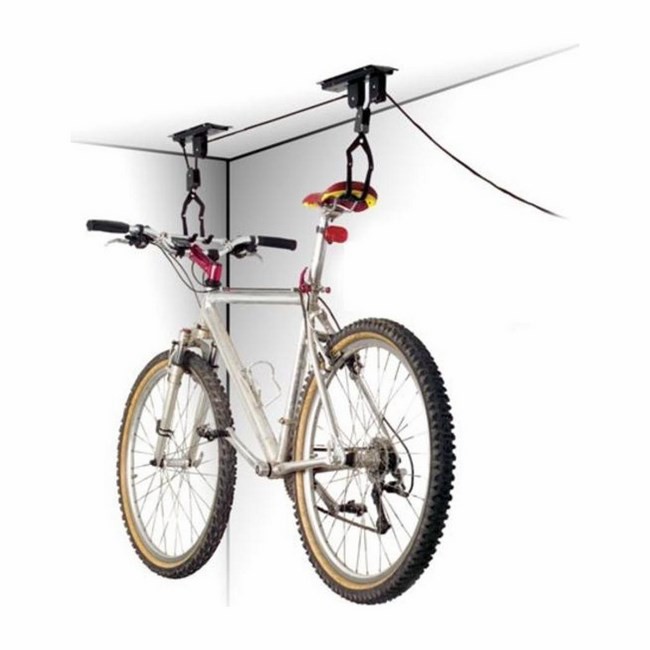 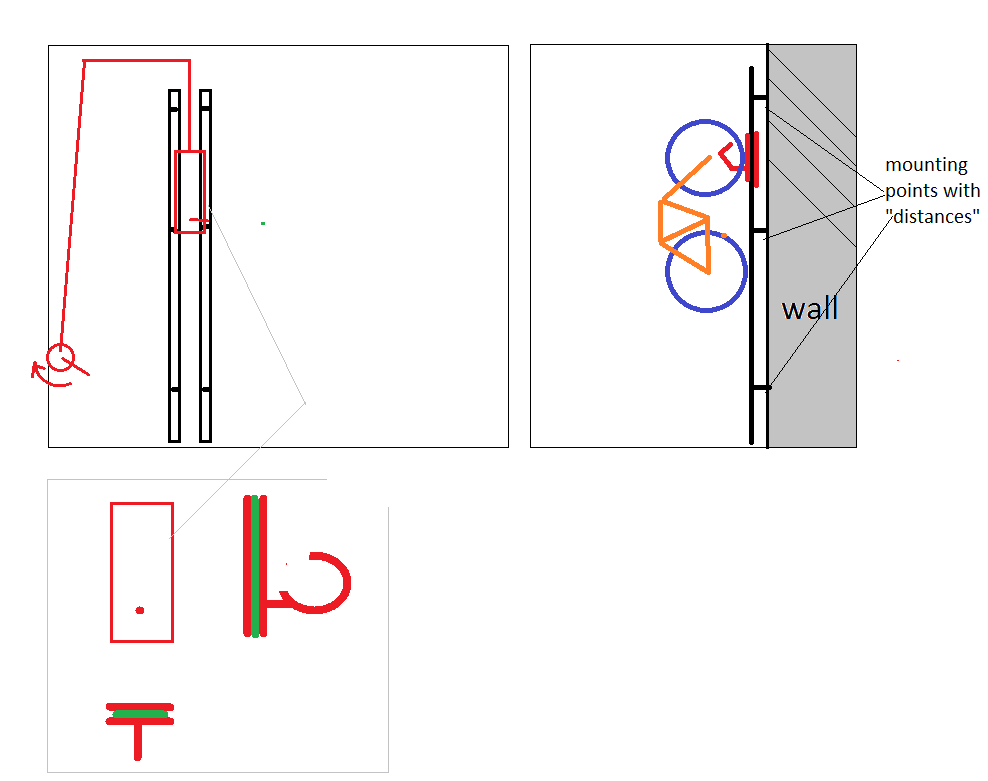 with this kind of elevating mechanism: 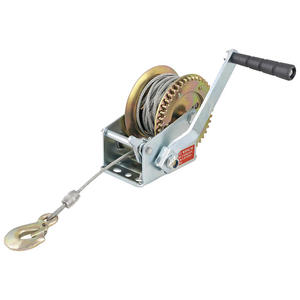 If for horizontal, can be combined with this ( I suppose there is enoug space on the wall if you tried with hooks): 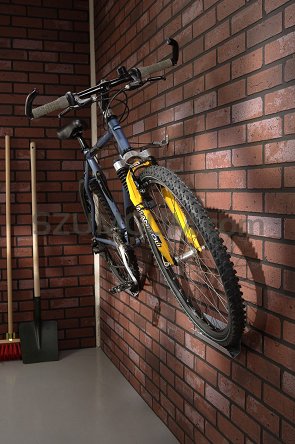 there is a plywood version of a bike corral that has the hooks and corresponding "wheel slots" at a forty five degree angle (or more) to the wall, allowing efficient storage.

i would just design a rack out of 2x4s and put hooks at corresponding wheelbase lengths for your children to use. without having to lift, they'll be able to hook their bikes up and down easily.

the only problem with this design is having the necessary woodworking abilities to keep it cost effective.

21
How to store bikes inside a house or unit with limited internal space?
15
What is the proper way to store tires to prevent cracking?
7
What's the best way to lift a bike onto a storage hook?
5
Is storing bikes in an enclosed trailer a good idea?
11
Practical way to park many bicycles in one garage for everyday use?
1
Tips for amending apartment/condo bylaws around bike storage
3
Minimum dimensions of bike storage shed
6
Feasibility of keeping an Electrical Bike in poor (wet) storage conditions
6
What's the best way to stow (winter storage) an all-carbon bike?