This question is in regards to my X-treme trailmaker bike. I removed the rear wheel in order to replace the inner tube. However, I cannot seem to reinstall it properly. When I tighten the two nuts on each side of the rear wheel (pictures at http://imgur.com/a/cPNNE), the wheel no longer moves.

However, if the nuts are not completely tightened, the wheel falls out.

I thought the resistance may be from the disk brakes, but loosening that didn't resolve the issue. Any help would be much appreciated. 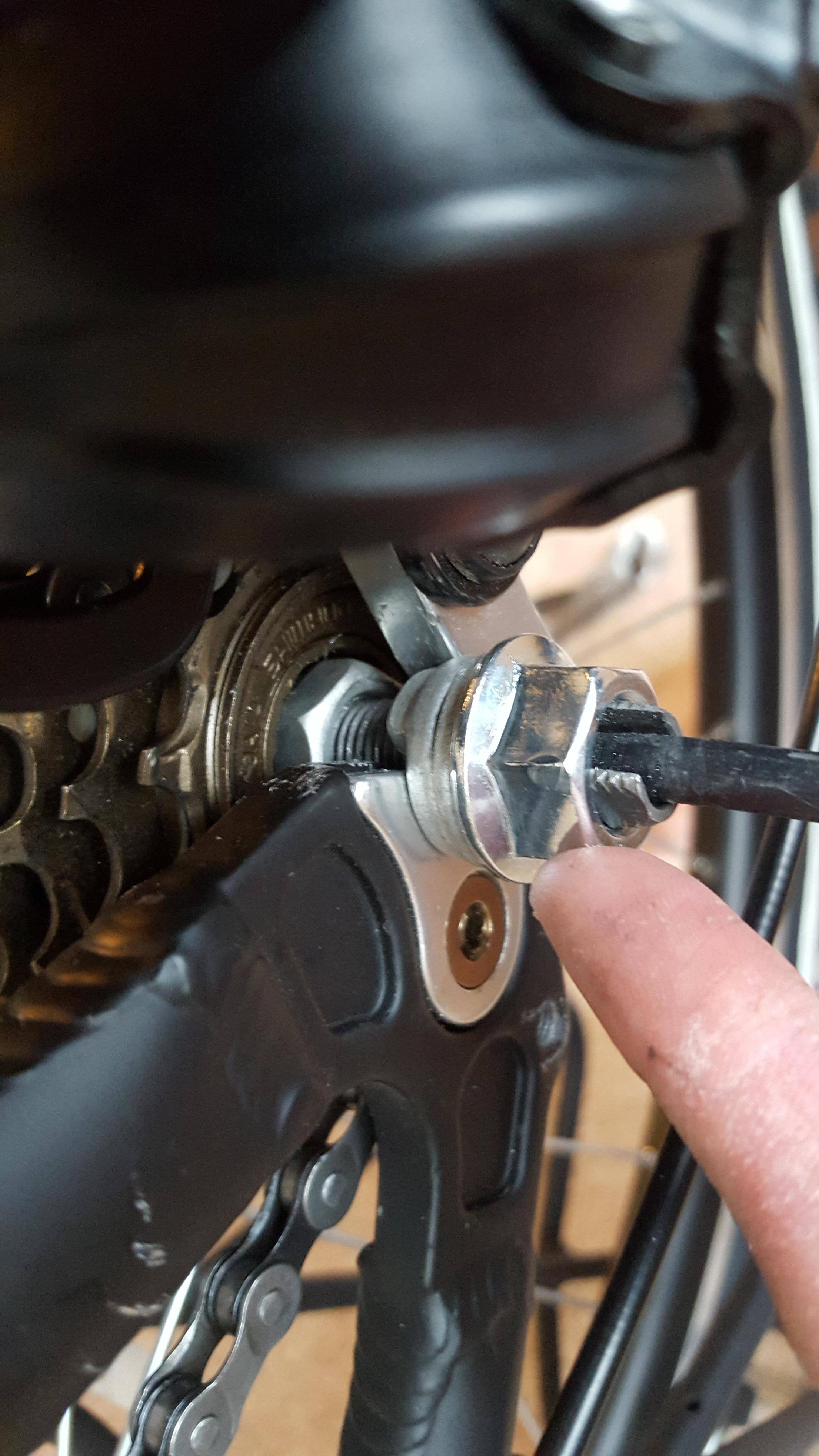 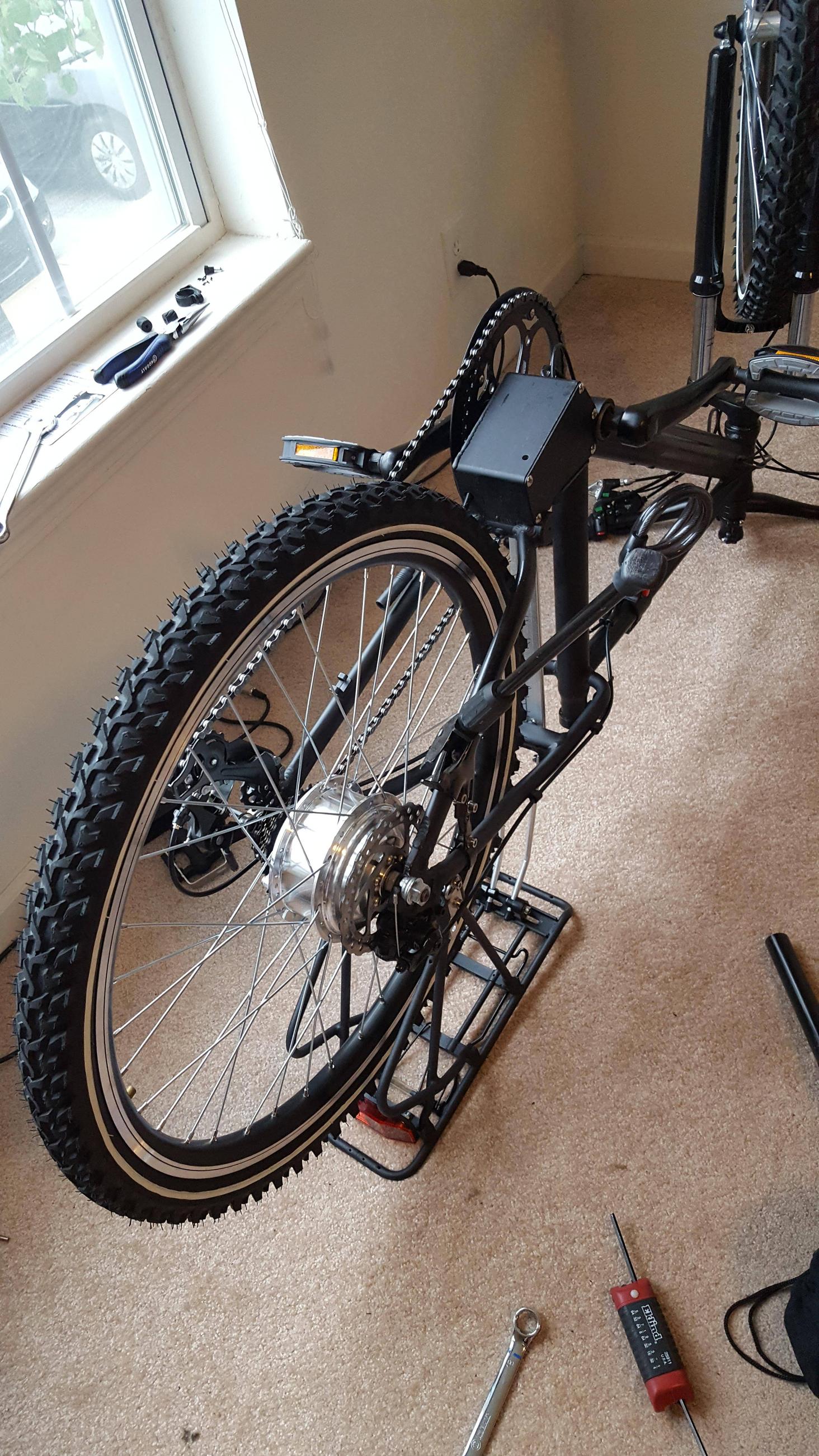 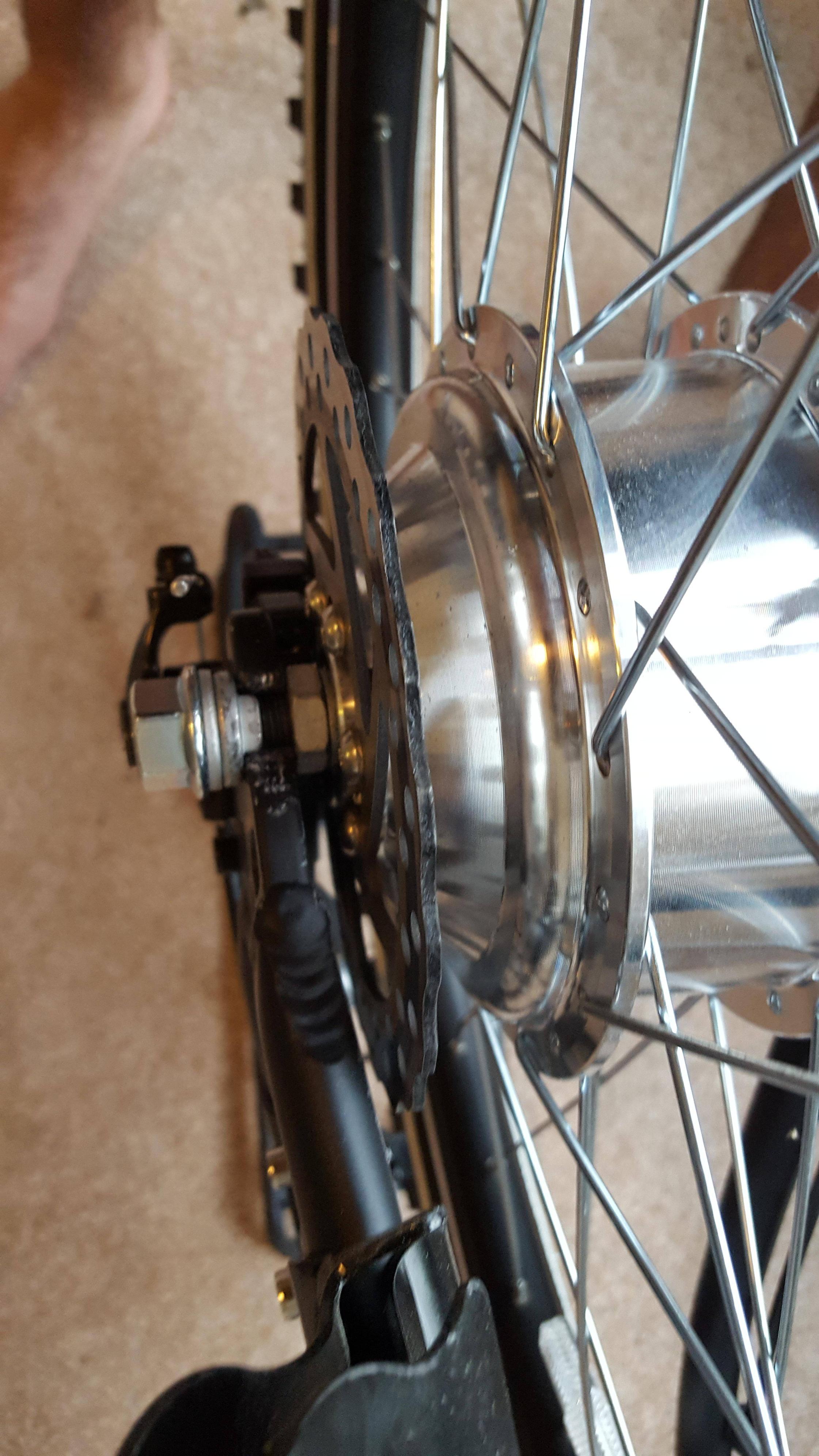 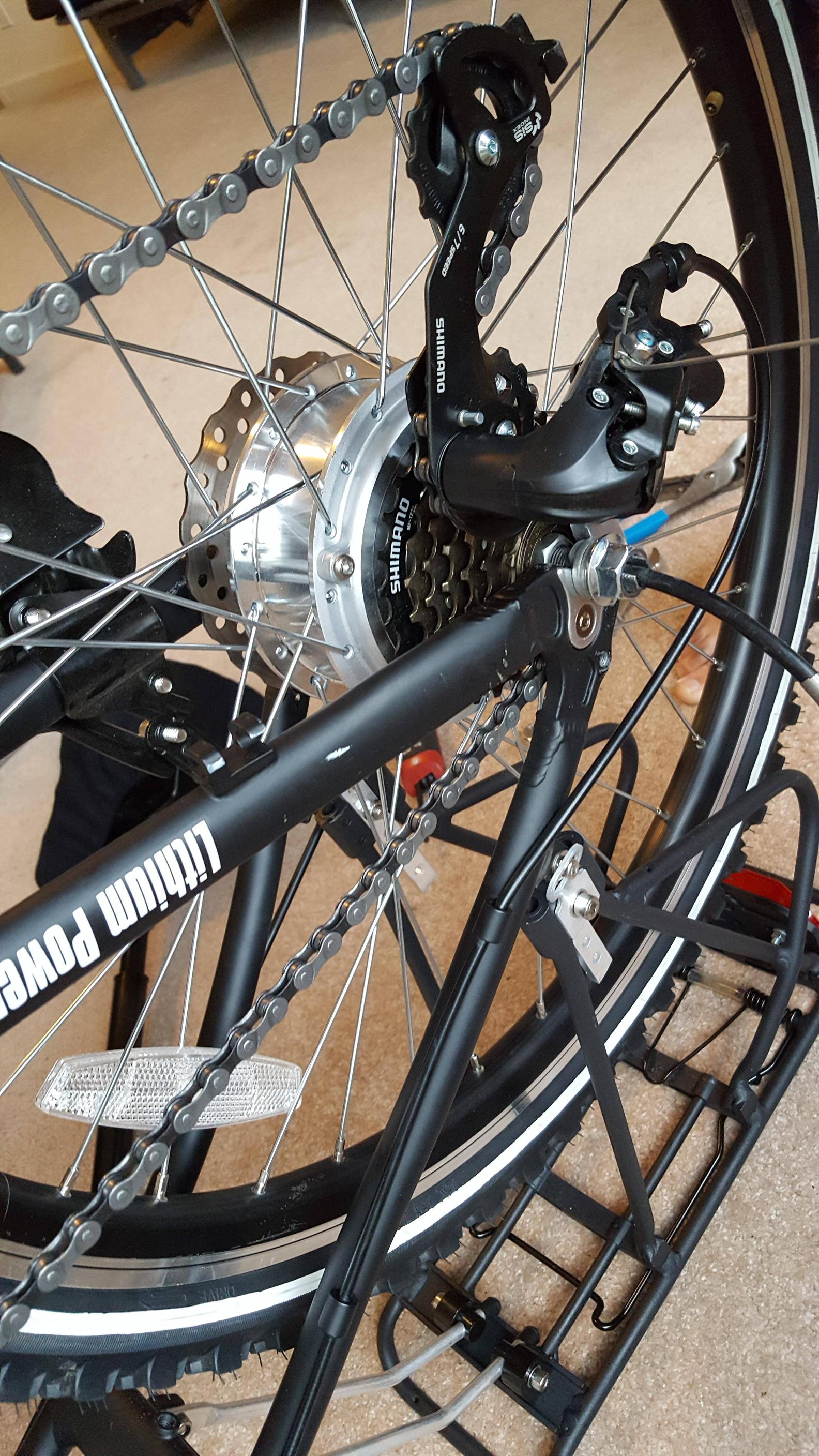 I'm going to say that you have the axle washer on the wrong side, should be inside the dropout rather than on the outside, doing so can stress the disc brake as it was aligned with it (the washer) on the other side, or your simply pushing the frame into the rotational surface so much that it can't move due to the pressure on the entire surface rather than just the axle.

Basing my answer on experience and reading through this 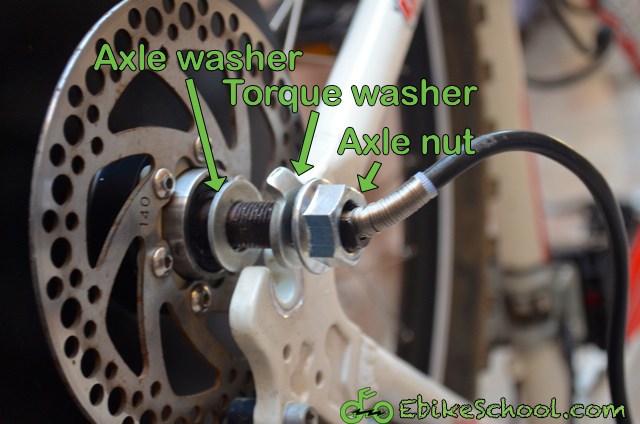 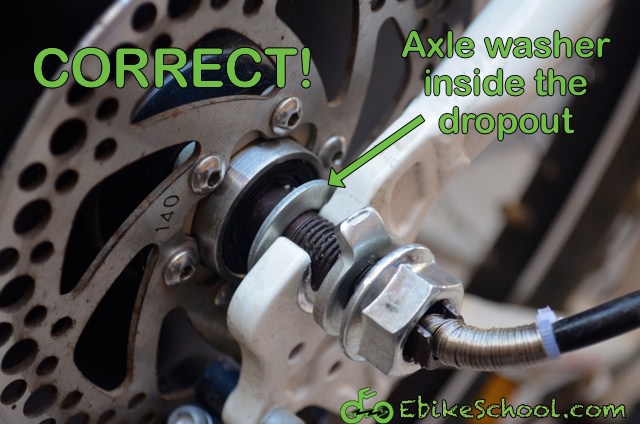 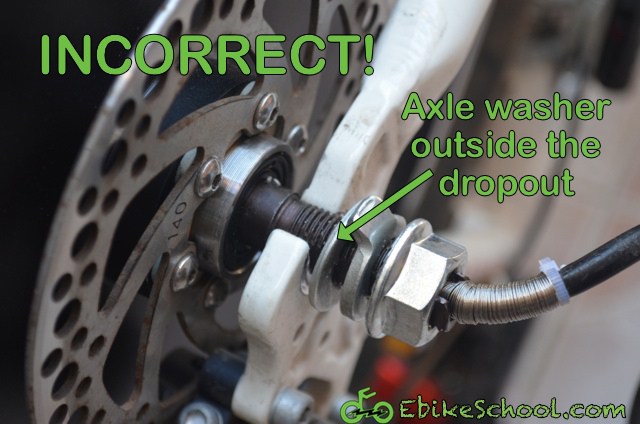 When it's in the wrong spot ( on the outside ) you are also pushing the frame against the surface of the hub which when tightened enough will prevent it from being able to turn. Washers prevent this by adding both space and reducing friction between a moving object and a static one. Essentially a bearing turns fine on an axle but if you sandwich something up against the entire surface of the bearing it wont move due to the friction present on the entire surface area rather than just the axle sleeve.

Not the answer you're looking for? Browse other questions tagged rear-wheel or ask your own question.

3
Squeaky rear wheel when rotating
2
Roadmaster Chromium Edition rear wheel falls off
2
How to get the rear wheel off Pure Cycles bike
3
Rear wheel resistance and vibrations are driving me crazy
3
Back wheel jumping out of rear dropout with child transporter
2
Why are rear wheels dished?