What kind of German bike is this? [closed] 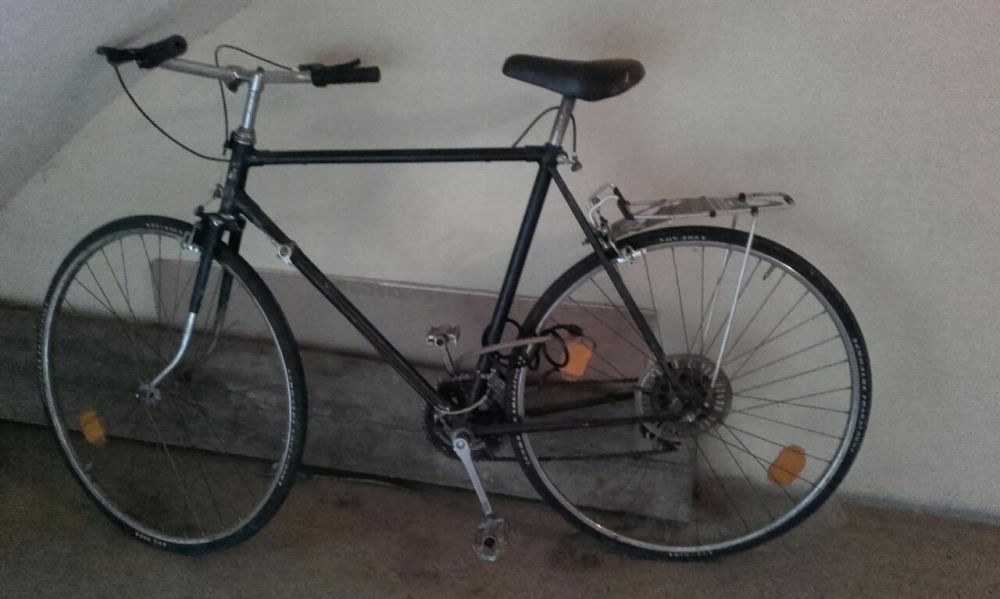 I want to buy this second-hand bike but the person selling it lives in a different city and I can't go there at the moment. However I can't explain it but I really like the bike even though I only have this picture of it. I would like to know if any of you recognize the bike. The only thing I know about it is that the bike is German.

The bike was not german, it was japanese. I found that the derailleurs were made by DNB Japan somewhere around 1960 and that the handlebar is french (Guidon Phillipe), but other than that , this bike is a mistery to me. The brakes only have a logo on them and the frame has only a number and a logo on the back. Underneath all the black paint, in the front, is a sticker but there is no way I can peel just the paint without damaging the sticker... On the pedals it says Lyotard 82 and they are in a rather good condition.

Thus, it is not identifiable.

5
What bike do I have?
3
Does anyone know what kind of bike this is?
0
Help figuring out make/model/year of this bike?
1
Cannondale 24 Speed BIke
1
What make and model?
1
Help me identify bike model by picture