How does the frame split on the 2016 Novara Gotham belt-drive bike work?

I am considering purchasing a Novara Gotham with the Gates carbon drive (2016 model), and before I purchase I am trying to determine how the frame split works on it. The pictures in REI's online store indicate that it may be a welded gap in the seat stay, which I find somewhat difficult to believe - that would require rewelding the frame to replace the belt.

How does the Gotham's frame split work? Where is it located, and how does it come apart/together?

I edited a photo of the relevant part of the bike into the question, but then decided to answer it. I can't find a photo showing any more detail than that, sorry.

The two weld bumps on the right hand seatstay will be where the the frame joiner has been put in, and resumably there's a bolt or two in there, but I can't find out, sorry. OTOH, it will almost certainly be easier to open that up than to find a replacement belt, so I wouldn't worry about it. It will definitely not require welding to do that, though.

This search for "belt drive frame joiner" produces a lot of hits, including an image that looks as though it could be the device used in that bike. 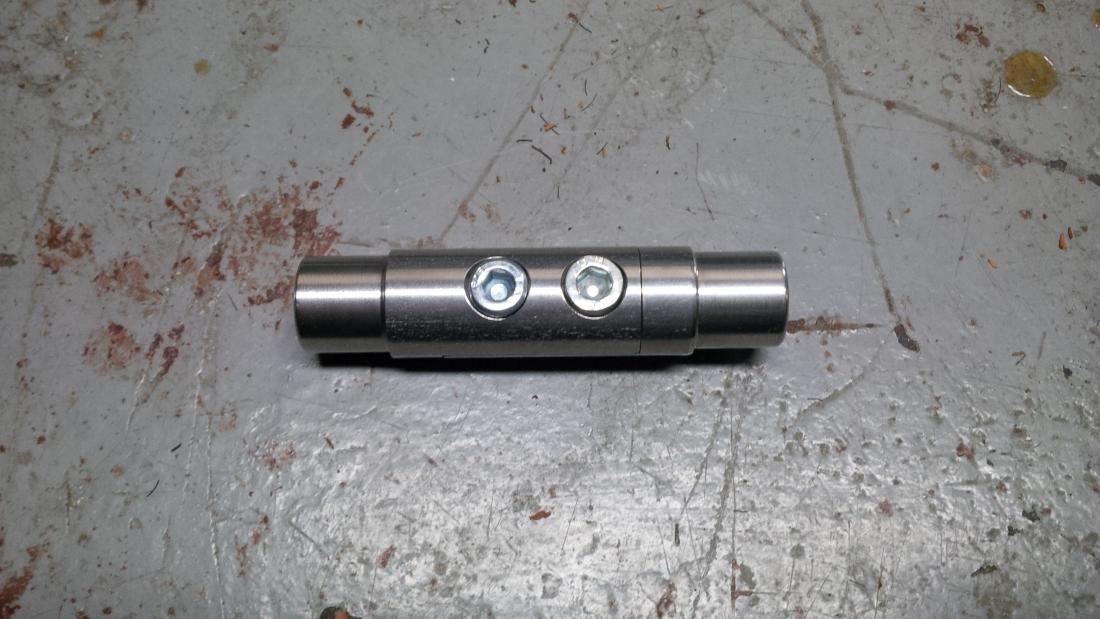 Image from road bike forums where there is a thread discussing how that device was installed in a frame. If it was turned so the bolt heads were on the inside of the frame, it could look like the Novara Gotham. Or they could have an equivalent design.

I'm looking at the gap between the welds above and I think there's a faint stripe in a slightly different colour, suggesting a centimetre wide chunk gets unbolted from the seat tube. But it's very, very faint.

No welding is necessary. The right chain stay has a welded fitment that is held in place with two bolts. They are on the inside of the chain stay and are not visible in the photos you looked at.

Not the answer you're looking for? Browse other questions tagged belt-drive or ask your own question.