An article on VeloNews about EPO use featured the following photo of Lance Armstrong from Stage 8 of the 2003 Tour de France: 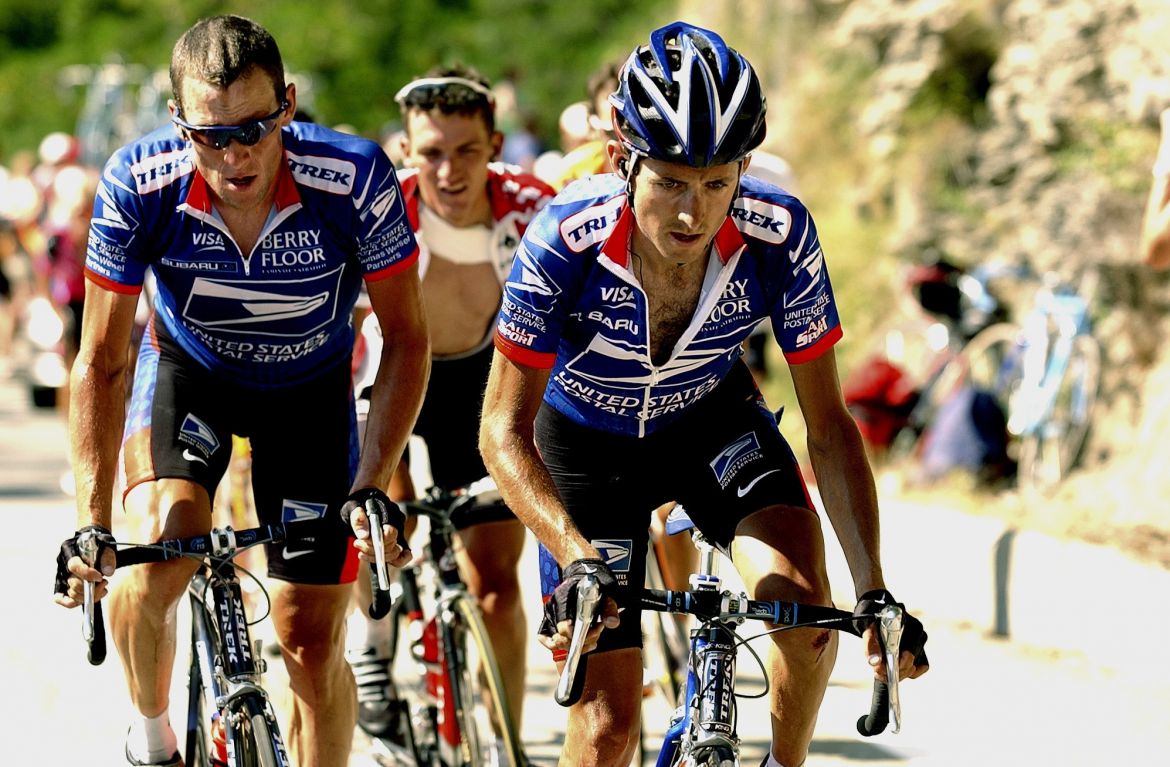 I noticed that Lance does not have a front derailleur. His left shifter has been replaced with a simple brake lever and it appears the front derailleur cable is missing. Contrast this to his teammate's bike (4 cables, both shifters present).

On a flat or medium mountain stage, this setup could make sense as a way to potentially simplify the drivetrain. However, in 2003, Stage 8 finished at the summit of Alpe d'Huez.

It's true that Lance raced using a number of banned substances and pro cyclists are capable of high power outputs. However, given that most (if not all) of his competitors on that day looked to have front derailleurs and that his bike was presumably at the UCI weight limit (set at current levels in 2000) without dropping the front derailleur this seems like a brash decision.

Looking at related discussions on reddit it seems he was using a "old style" down tube shifter instead of one on the brake lever.

In the photo, you can see the shifter close to his left knee.

There are other photos showing the same set-ups.

Not the answer you're looking for? Browse other questions tagged road-bike racing drivetrain or ask your own question.