Brand new RS685 lever and RS785 calipers. I installed the front with no trouble. Shortened line, bled, ready to go. The rear, however, was a problem. I shortened and bled the line same as the front. The first pull of the lever felt normal and came about half way to the handlebar. The lever would reset but the caliper would not. I had to wait about 4-5 seconds as the caliper slowly reset allowing another lever pull.

I have extensive wrenching experience and have used hydraulic brakes for a long time without ever seeing this issue.

Air in the line? I bled the system again. Same result.

Sticky caliper? Unlikely as they are new but possible so I pushed the pistons out ~4mm, wiped them and lubed them with mineral oil. Reset the pistons. Bled the line. Same result. Lever pulled in but caliper would not reset.

Now I totally purged the line. Drained the oil and injected brand new oil from the caliper bleed port up to the lever. Problem was I had to push on the syringe with ~30 pounds of force to get the oil flowing up to the lever. This is not normal.

Clogged line? Seemed to flow from lever to caliper but not caliper to lever. I detached the line from the lever and pushed oil from the caliper up through the line with no trouble. No excessive force needed.

Bad lever? Each pull and release of the lever rest quickly and oil level rose and dropped at the now exposed connection port just as I expected.

Called several local shops and best suggestion I got was that the tension spring on the brake pads could be too weak. So I switched the front and rear springs. No change.

The original line as it arrived from Shimano was mounted to the caliper and had a barb installed at the lever end but not connected to the lever. The barb had some kind of white seal over it apparently to keep the prefilled oil in the line. Looks sort of like white Teflon tape. The front line had the same thing on it. It was extremely thin and appears intended to simply burst open after installation allowing oil to flow through the line. This mysterious white seal is not mentioned anywhere in the installation guides I read.

I replaced the entire rear hose with a new kit including new connecting bolt, olives and barbs (part SM-BH59-JK-SS). This had no little white seals on the barbs. Refilled and bled the line (again). Perfect. Brakes work just as they should.

This was an incredibly frustrating issue and perhaps my experience can save someone else a bit of heart ache.

If anyone has another theory as to what caused this I'd like to hear it. But replacing the hose fixed my problem.

Thank for your detailed description and analysis of the problem.

I had similar symptoms with RS785 levers and RS805 callipers. I tried everything. Extreme force on syringe would only get a little oil into the shifter bleed funnel. Oil would not flow freely from the shifter funnel to the calliper with the bleed nipple open. Operating the lever would force oil down but not freely. Calliper pistons were slow to return, so the first pull on lever felt sort of OK, pulling immediately again and it felt hard.

I was not aware of the seal on the J-Kit (Easy Connect) system until I saw this photo which got me searching and I came across your post here.

You are correct. I disconnect the joint and a minute flap of white sealing material was causing the problem. I removed it using a needle and re-bled the brake. Here is a picture of the removed flap with needle on a 5mm grid. 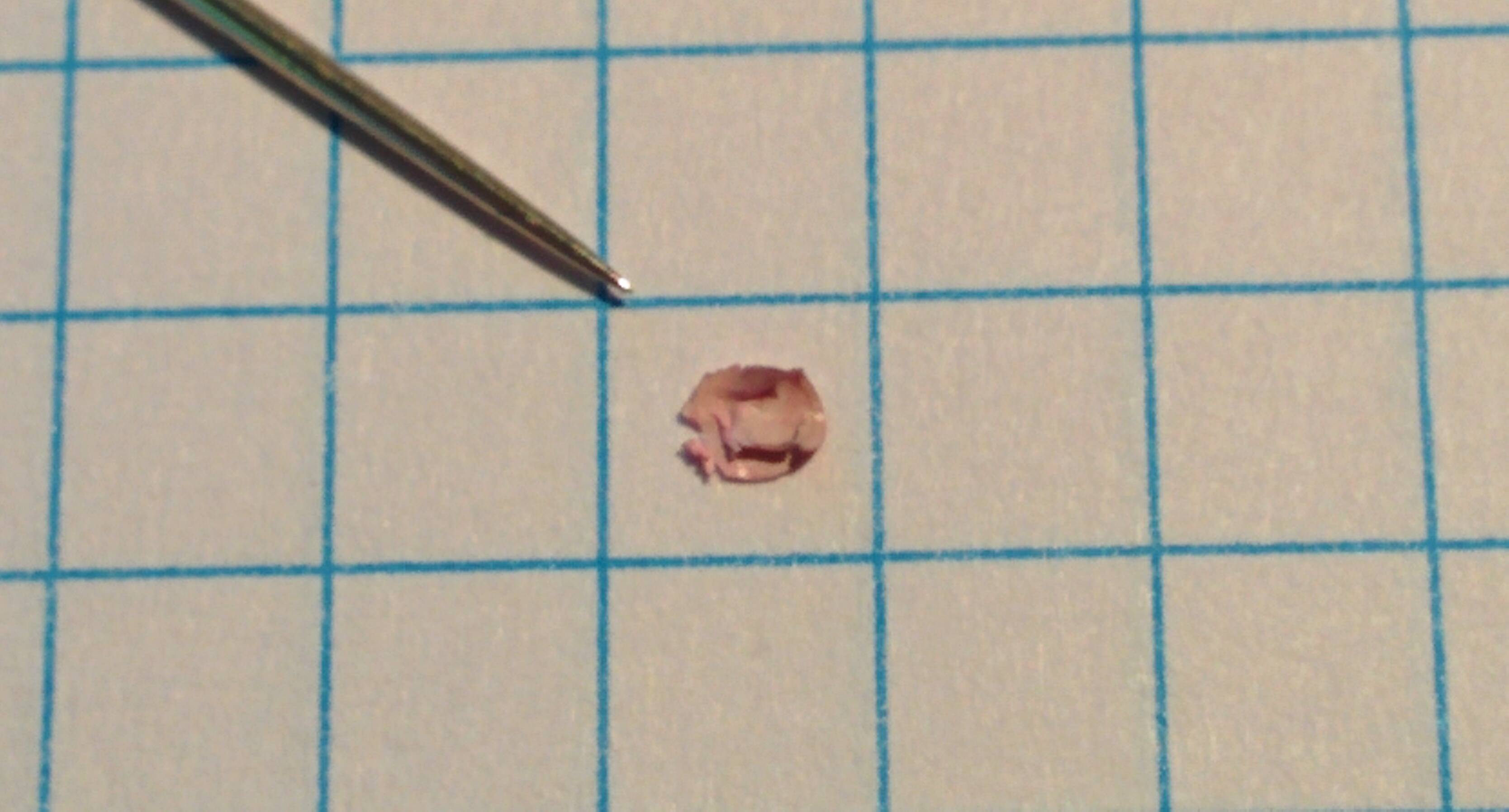 I did not have to replace the brake hose. The rear brake is working perfectly and feels the same as the front brake.

As to what caused it. I can only speculate. I wanted the brakes on my new bike swapped with Left = Front, Right = Rear (same as US, in NZ they are opposite). LBS swapped by changing over the Easy Connects. Assuming the brakes were operating correctly prior possibly this was partly to blame. In addition they introduced air and did not re-bleed the brakes so maybe that also aided the material flap in moving.

Another thought is that the seal was thicker due to manufacturing or material defect and did not burst but stayed intact.

Not the answer you're looking for? Browse other questions tagged brakes shimano hydraulic-disc-brake disc-brake or ask your own question.

7
Should brake fluid come out of a misaligned disc caliper piston?
1
clarks m2 hydraulic disc brake problem
6
Can a Shimano BR-M965 caliper be replaced with a newer one?
2
Mystery leak from brake caliper. What to do?
0
Shimano MT500 leaking from bleed port
2
Shimano hydraulic brake loses pressure
3
Shimano Alfine lever does not seem to pump oil into the hose even with reservoir full
5
What and where is the weeping port on Shimano MTB brake levers?
2
Hydraulic brake bleed fail - try again or replace?
1
Avid Jucy 3 Piston Removal (seized)