Is there an online bike map for the Grand Rounds bike trail in Minnesota?

Edit: Minneapolis just posted this map which is pretty good.

It seems most of it is mapped on OpenStreetMap. You can use the Waymarked Trails website to view it on a map.

That has a link to download it as a GPX file, so you could load that onto a GPS device, or other mapping software as required.

You can get a printed map from

http://wwwdocs.minneapolismn.gov/bike/index.html shows all the bike stuff might be overly detailed.

Apparently its well signposted with maps on the way. 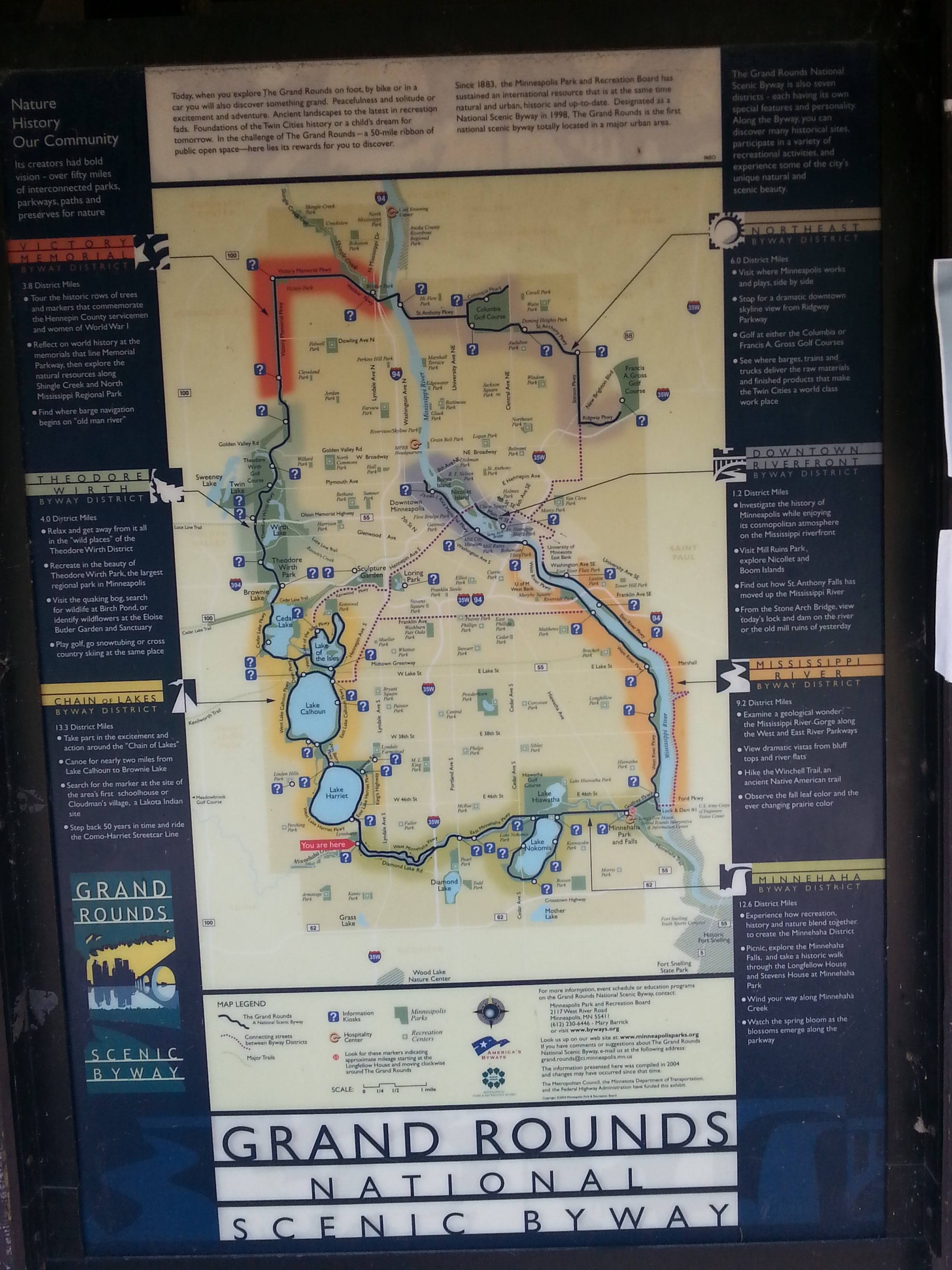 They're not small maps!

According to this photo blog its well marked

The first map the OP linked to plus a little bit of colloborating at google maps is the best source of info.

As the other poster said, there is pretty good signage, and for the majority of it, you are on a seperate bike path. There are however, a couple unusual apsects:

Once a year the Minneapolis Park Board puts on the Grand Rounds Scenic Bike Tour, which is an opportunity to ride the whole path in a big group.

Not the answer you're looking for? Browse other questions tagged us maps trails or ask your own question.

18
Where can I find local bike routes?
2
Recommendations for waterproof map carrier for an adventure race
0
Suggested route across Long Island?
13
Are runners or pedestrians allowed to use the bike lane?
10
What is the best web application to create cycling cue sheets for future rides
5
What map / navigation / bike direction apps are available for the iphone for commuting / urban cycling
0
Route mapping tool - INSERTING a point
1
San Francisco Bay Trail: current map of completed/proposed routes
12
Should I avoid hard-packed crusher dust trails with my hybrid?