What are the advantages of upside-down (USD) forks vs traditional forks?

I have read they are 'better', 'stronger', etc., mostly in the context of motorcycles.

Some high end downhill bikes use them as well as some cross country bikes I've seen (that are equipped with RockShox inverted suspension), like this: 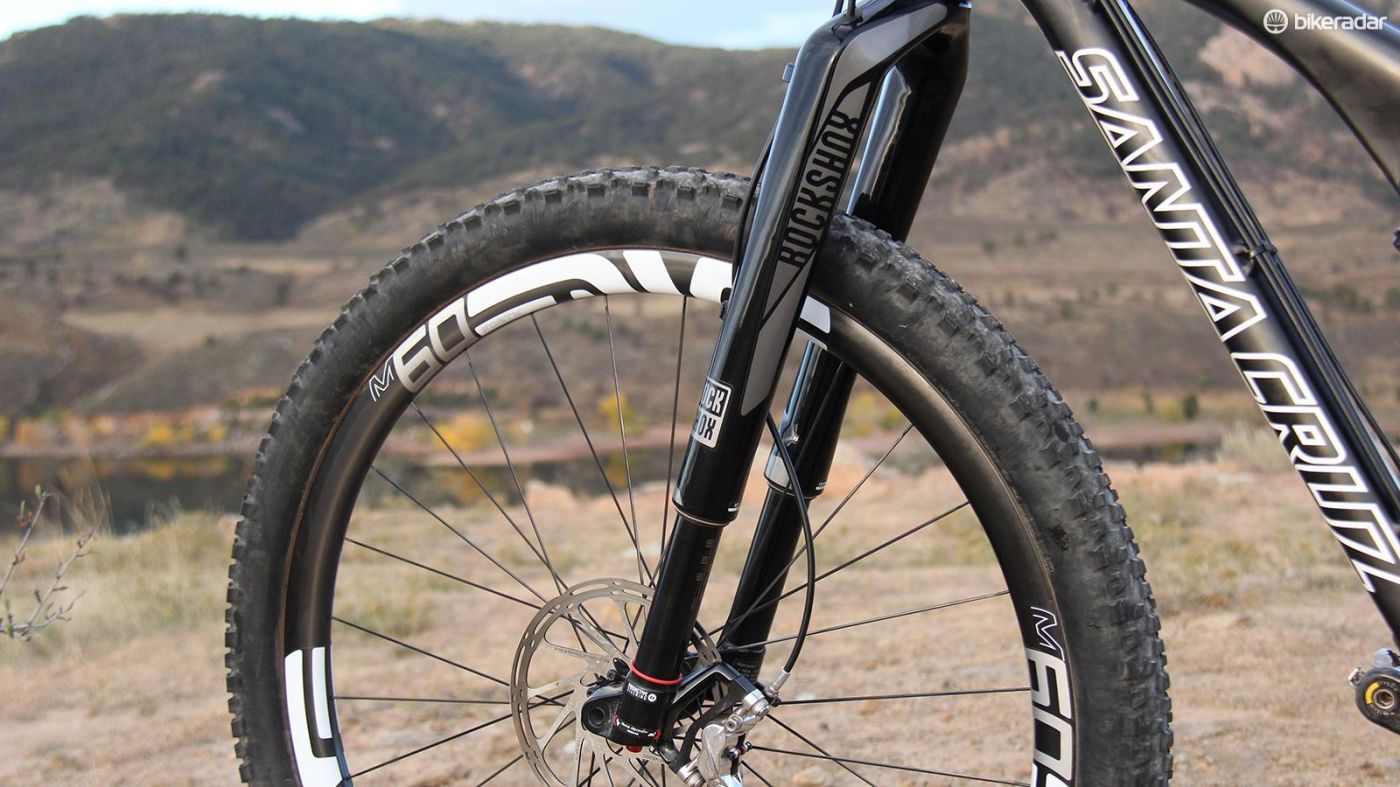 Conventionally, the fork stanchions are at the top, clamped to a triple tree (also called a triple clamp or a yoke), and the sliders are at the bottom, attached to the front wheel spindle. On some modern sport bikes and most off-road bikes, this system is inverted, with "sliders" (complete with the spring/damper unit) at the top, clamped to the yoke, while the stanchions are at the bottom. This is done (i) to reduce unsprung weight by having the heavier components suspended, and (ii) to improve the strength and rigidity of the assembly by having the strong large-diameter "sliders" clamped in the yokes.[2] The inverted system is referred to as an upside-down fork, or "USD" for short. A disadvantage of this USD design is that the entire reservoir of damping oil is above the slider seal so that, if the slider seal were to leak, the oil could drain out, rendering any damping ineffective.

The article mentions reducing "unsprung weight" as an advantage, what does this mean and why is it advantageous?

On inverted forks, the large outer tube of the fork is clamped in the bike’s triple clamps and the sliding inner tube holds the axle and front wheel. By locating the large diameter tubes in the triple clamp, the inverted or upside down fork have their largest and strongest parts combatting the highest stress.

This arrangement gives the forks high rigidity, which improves their response by reducing the side loading of the internal bushings (sliding surfaces). This kind of response is particularly important in high performance applications. Most inverted forks use cartridge-type damping systems.

Also, since the damping mechanisms are now held by the triple clamps, unsprung weight is minimised. Reducing unsprung weight is one of the biggest contributors to quality suspension performance, particularly for featherweight motorcycles like the YZ series or R1 and R6.

They also mention reduction of unsprung weight as one of the biggest advantages, as well as reduction in side-loading as another advantage.

The only disadvantages I've read about are the aforementioned oil leakage issue and a possibility of greater change of nicks on the stanchion from road debris. Are these valid concerns on a bicycle?

Are there any other pros/cons to an USD suspension setup on a bicycle?

The unsprung weight thing is a myth for the most part. Cast aluminum and magnesium lowers are extremely light, for example, old marzocchi 66 ones were only 3/4 of a pound, total weight. It's not as if the stanchions, dropouts, lower-internals and anything other parts are weightless on an inverted fork, then you have to compare the weight difference with the unsprung weight of the fork, axle, brake rotor, caliper, rim, tire, spokes, etc. In the end, it ends up being significantly less than a 10% difference and a tire-change would have a much bigger effect.

The lubrication is about the only valid benefit, as you get better lubrication with an inverted semi or open-bath design. The tradeoff is if the seal fails, the fork drenches your brake in oil, which would leave you without a front brake.

Fore-aft stiffness is better as the fork progresses through travel, but here's the big issue with this, to make an inverted fork, even a dual crown version, as torsionally stiff as a non-inverted fork, it needs a lot of reinforcement. To date, no one has really accomplished this and even less-so with the single-crown versions, which have no 2nd crown to help out with the twisting forces. So, the inverted designs end up weighing more, and with your non-inverted design, you could simply use bigger stanchions, as Fox has done with forks like the 40, and go right back to having as good or better fore-aft stiffness. Other modern additions like 1.5 steerer tubes have also boosted fore-aft stiffness significantly. So for motorcycles, which don't have a brake-arch on inverted OR non-inverted designs (we'll get to that), where casing the jump at 60mph is a real concern, a big heavy inverted fork is great, but it's not apples to apples with mtbs and with the forks always ending up heavier, you can simply use bigger stanchions on a non-inverted mtb fork.

When the travel gets long enough, you do have to go to an inverted design to get the proper bushing overlap, so more than 8" or so, it usually makes sense to go inverted to avoid crazy extended lowers that extend below the dropouts. This is one big reason why modern MX bikes use inverted designs.

Other reasons it's not apples to apples for say road-going motorcycles is that something like a sport-bike will have around 3" of travel and huge stanchions and bushing overlap. It'd be like running a dual crown mtb inverted DH fork with only 2" or 1" of travel, which would be easier to manage in terms of making it stiffer. Another big reason it's not the same thing is that the off-road and on-road motorcycles rely on the huge beefy crowns and material in the uppers between the crowns. These forks will often have no steerer of any kind, only a rod that is used to preload the bearings, obviously mountain bikes are quite difference functionally in terms of design, so the crowns are significantly weaker and will allow a lot more torsional flex.

Inverted forks do look cool, but to make them anywhere near as stiff as conventional ones, it requires exotic engineering or exotic materials or a combination of both. This means things like keyed stanchions, or carbon-fiber upper structures, etc., and in the end, if you spent that time and energy on a conventional fork, you'd still beat the intverted in terms of weight and rigidity. I've owned many inverted forks, single and double crown. The lack of torsional rigidity is real and in some cases pretty scary. Better designs have minimized this, but there's little reason to actually seek out an inverted design, as there's no real benefit or advantage, except in some extremely limited situations (like you need a 10" travel fork for some reason).

After doing 6 offroad triathlons in the rain and mud this year, I will be swapping to an upside down fork. The front tire on a bike with a conventional fork will eventually lock up or at least drag from the mud clogging between the tire and the upper support arch on normal forks. Nothing on the upside down forks to clog with mud and drag on the tire. Next up is finding a frame with some clearance on the rear tire. I assume the rain will continue to get worse!

2
What options do I have when replacing my fork's elastomers?
0
Front suspension fork woes
2
Fork Adjustment
6
Can I leave a suspension fork upside down?
2
Fork leaking oil?
2
How does riding on bumpy road while suspension fork locked and without slow down effects?
0
Replacing Trek front suspension fork
6
Scratches on fork stanchions
1
Frozen Fork on 2011 Diamondback MTB
2
Replace bottom tubes of Marzocchi fork with rigid tubes?