A problem that I'm always confronted when cycling, especially in steep climbs where there is no or insufficient roadside, are cars passing too closely. Usually I would position myself more close to the middle of the lane, but the speed incompatibility it's just too large and drivers aren't very educated where I live.

A idea that I had is a simple semi-flexible foldable pole on the left side of the bicycle that I could put on those situations, so it would "force" drivers to pass with a larger distance. Of course it would have some kind of reflective flag or, even better, a strong LED (as the flag would offer more wind resistance, and the LED would show up better at night), and it would have to be flexible enough for not knocking me over when someone hits it.

Of course that already exists (safety/flash flags), although is not very common. But the "mind storming" was still nice.

For illustration, the "right" way to do it and how it would be done with a flag (that blue thing is the cyclist): 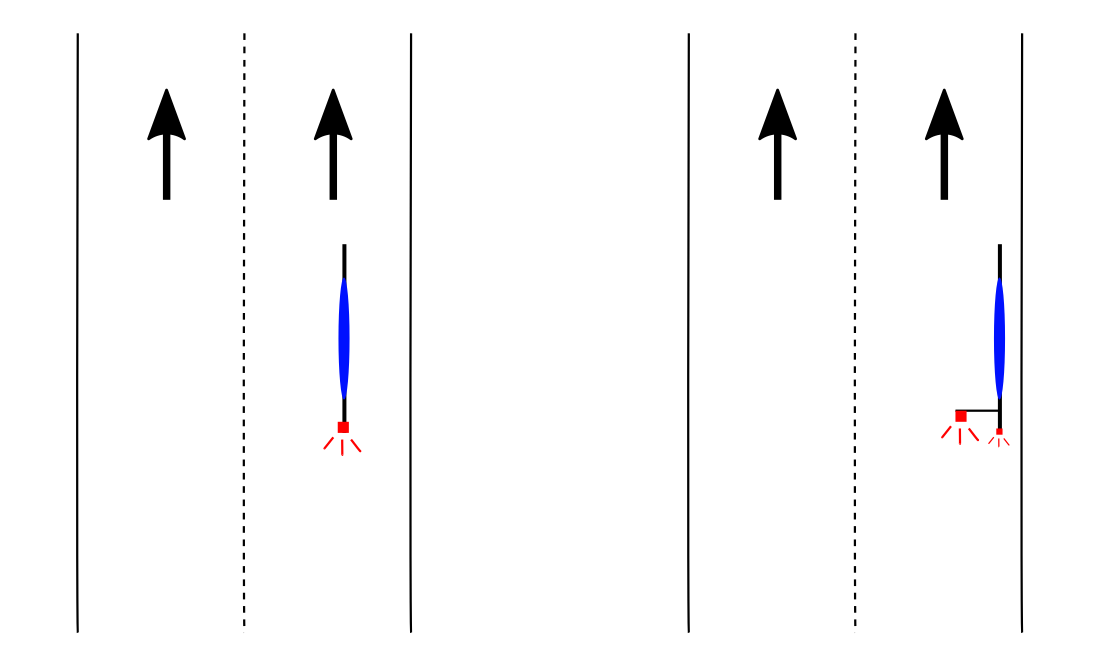 Another problem that I face sometimes is when I'm cycling on the roadside but then there is a new lane that turns to the right. My options are keep going on the roadside (and later on the new lane), but it would make the drivers turn abruptly in front of me (or over me), as they might think that I will turn too (and that is a reasonable idea). My second option is to enter the right (now middle) lane, but the speed mismatch (and the need to position myself close to the middle of the lane) doesn't allows it. The flag would make the second option easier, and it would tell drivers that I'm not going right. For illustration: 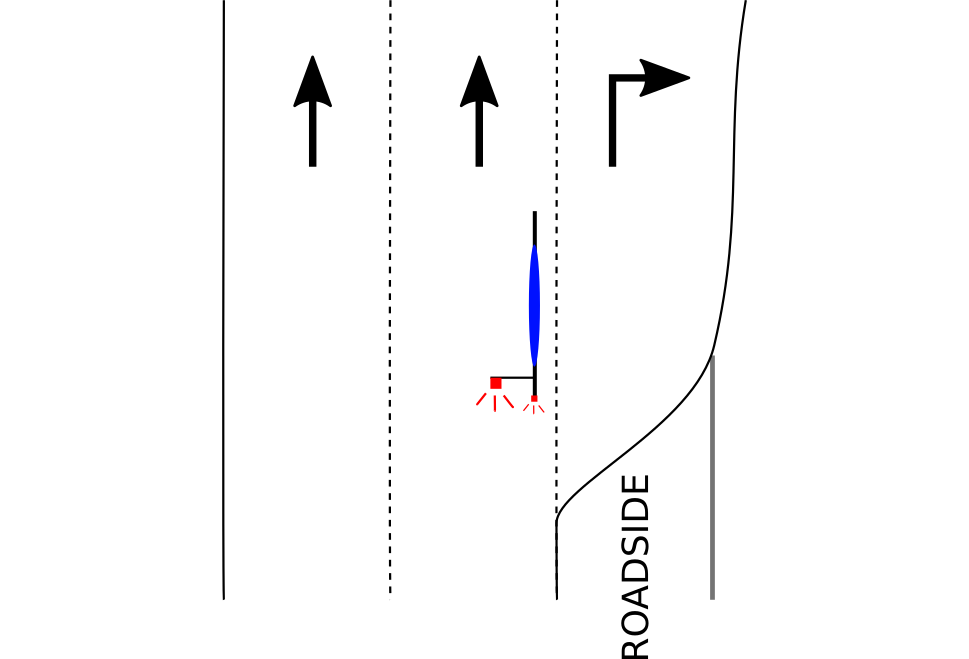 My question is the following: Will it be useful, and will it be safe? Is there any other option? The idea is to retract (fold) it always when not using, and not to use it when cycling in group, so it wouldn't bother other cyclists. And is worthy to mention that the roads I ride have a 50 mph limit (although speeds up to 60 mph are common).

Going straight from the right turn lane is a bad idea, and very few legal systems allow it. Partly because it's suicidal, and partly because it's stupid. Either way, the legal authorities have to clean up the mess. So you should, and almost certainly are legally required to, enter the "straight ahead" lane in that situation.

I typed a rough description into the google and got some examples of reflectors on poles like the light you're thinking about. 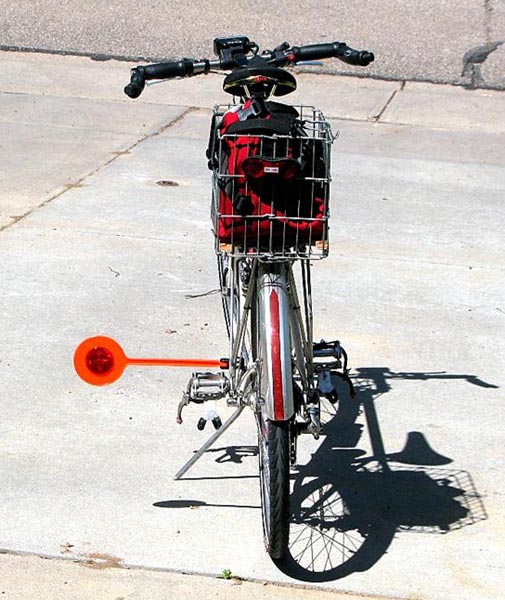 You could easily modify one of those, or build your own. I believe they're legal, at least in Australia (where I live) but I suspect that no-one would pull you over if it's not (except in NSW, where I live, for reasons to stupid to go in to).

Note that the problem you're trying to overcome is not drivers who are actually blind, but inattentional blindness. The photons are reaching their eyes, but their brain is filtering out all the distracting irrelevancies so they can actually operate their vehicle.At best cyclists fall into the "why would I look for a cyclist, there are no cyclists here" subconscious category of "things not to bother looking for". The way round that is to have so many cyclists on all the roads that motorists know they're always there and consequently look out for them.

Overall, though, it sounds as though you either lack confidence or experience, or you're riding on very busy roads. It might help to browse the safety tag here for other answers.

(and my browser is not letting me paste any more links in, so I'm going to leave them out. Sorry)

21
Passing cars on the right, and later merging into their lane
13
Are runners or pedestrians allowed to use the bike lane?
12
How can I prevent cars from passing me too closely?
4
Is there legal recourse to drivers passing too close?
6
If a lane is going to expand should the left lane be taken prior to the expansion?
19
Is it acceptable to cycle towards the centre of the lane on blind corners?
15
What is the safest and most courteous way to ride on a two-lane road?
23
At what point does a road become too busy/fast to ride on safely?
12
How close to the kerb should I cycle?