Barrel Adjuster hard to use and loose

This is a Shimano Tiagra ST-4500 shifter. More explicitly the problem is with the Tiagra Double controlling the front derailleur.

1) The barrel adjuster is hard to use because all parts around it seem to move when I turn it. Only when I firmly hold one part of the adjuster and turn the other, it does what it's supposed to do. 2) When relaxing the cabling I can simply pull the outer casings out everywhere like shown in the picture.

Compared to the rear shifter which currently looks more solid (and where the adjuster is usable as one is used to it) this feels like a mess. How are these components usually kept together? Does something need glue? Or lube? 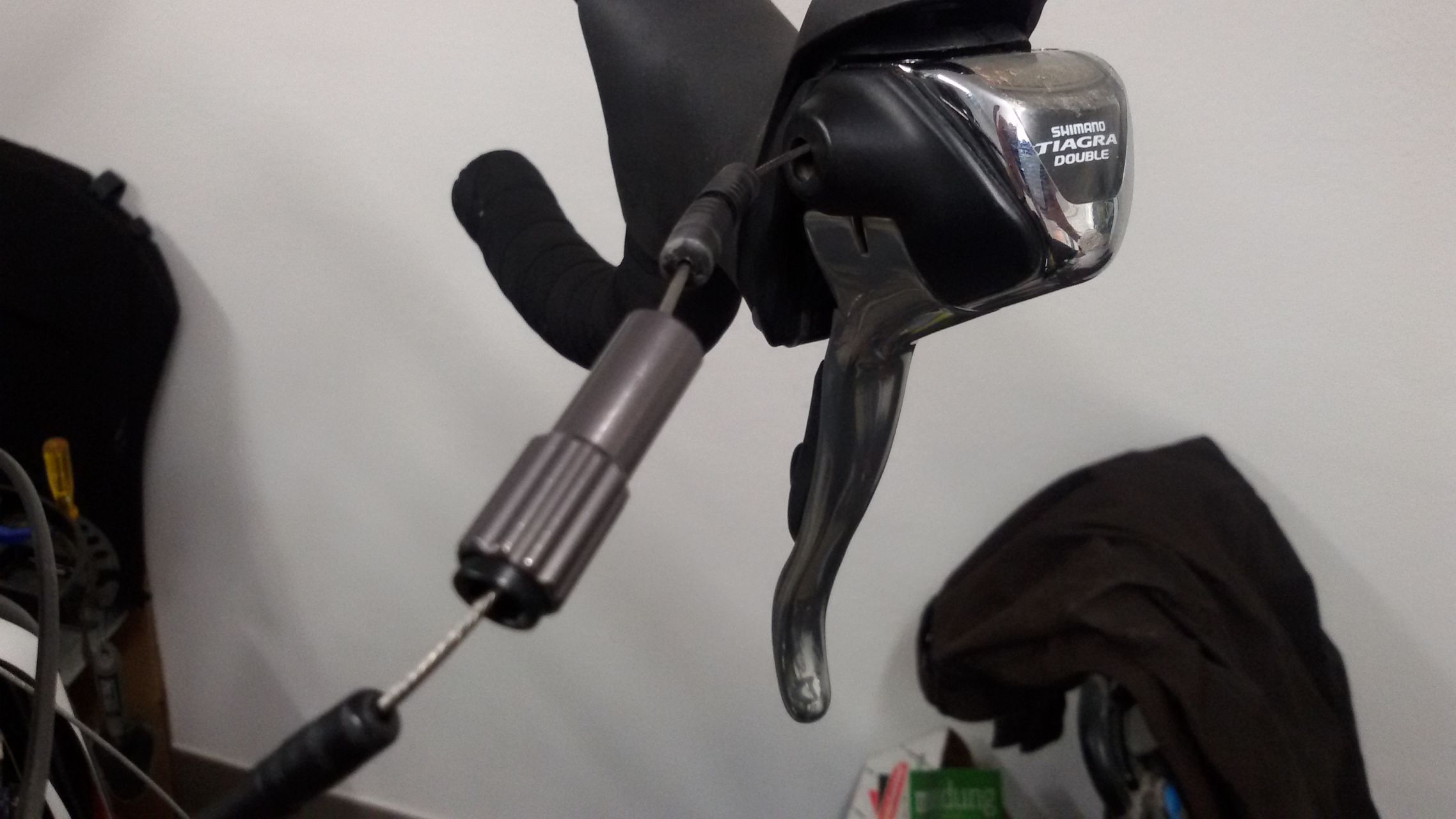 Inline barrel adjusters shouldn't need be glued or anything -- they're held where they are due to friction.

Other barrel adjusters like the ones on frame stops will thread in or have some other locking mechanism.

As for the particular adjuster you have, that seems to be a Jagwire inline adjuster which is normally installed in the middle of a cable -- normally, the STI shifters come with something like this installed as the adjuster (Shimano Y6UM98010, see this EV for example):

After market options include Jagwire BSA035 and Ritchey STI Barrel Adjusters and what not.

Not the answer you're looking for? Browse other questions tagged maintenance adjustment or ask your own question.