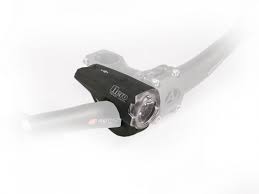 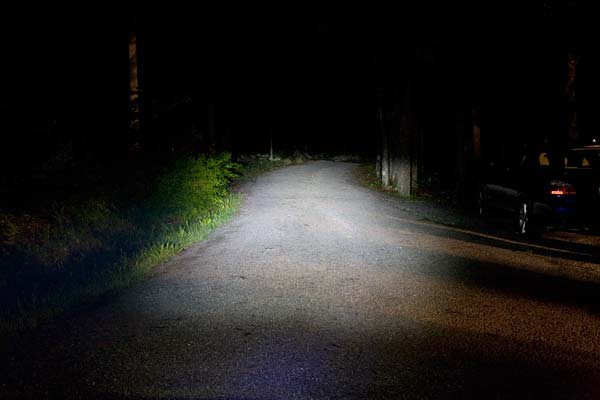 The gold standard for road lighting that doesn't dazzle oncoming road users is StVZO. It's a German standard, but IMO sensible to use on roads and busy paths anywhere. 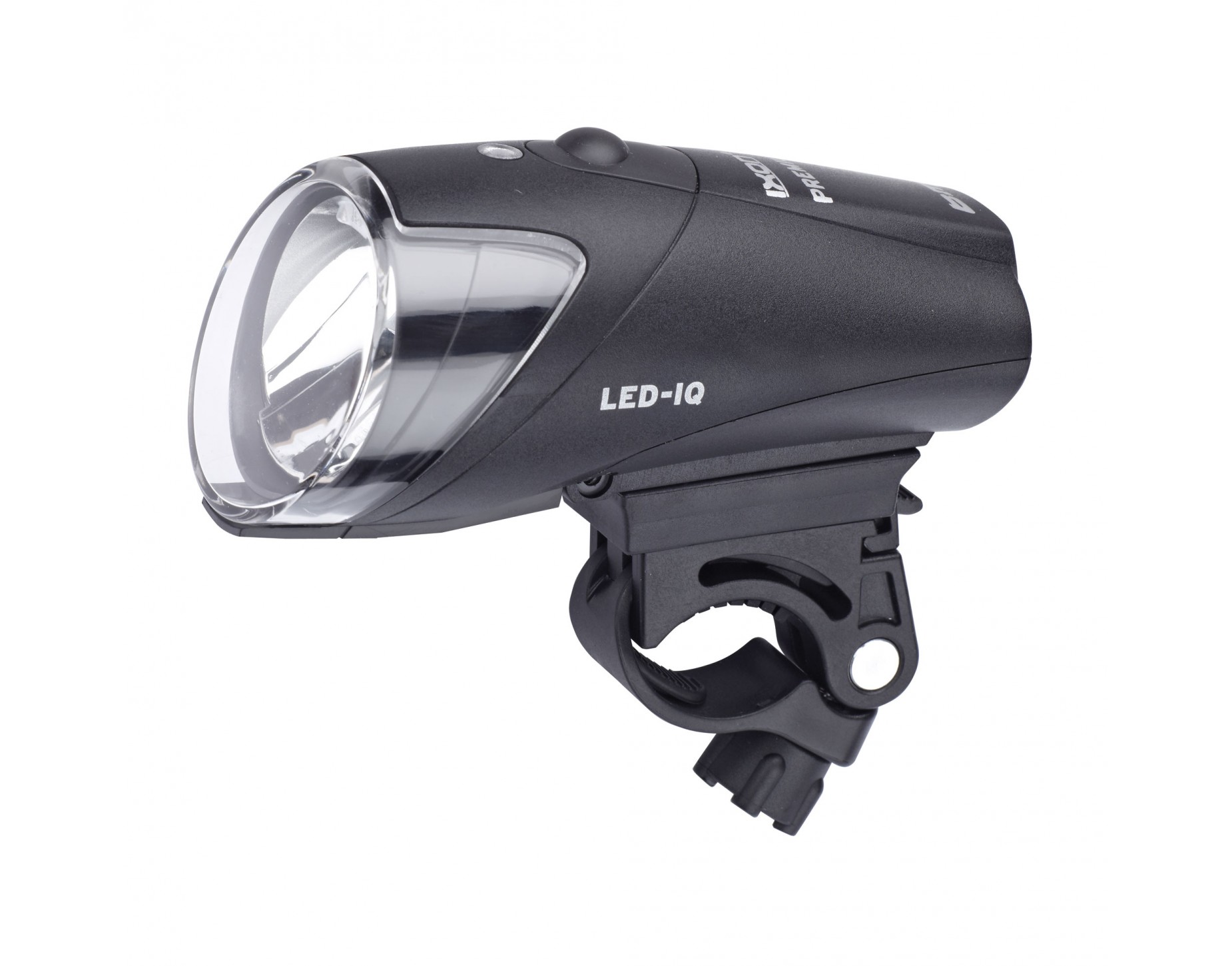 Lights or not, when you're mixing with people walking, just go slow. I'd be much more annoyed to be overtaken at speed than to have a light shined on me, because your speed is an actual danger, and the light, at worst, an irritant.

how to be less irritating?

Some countries have legal requirements around what makes for a good bike light, for example Germany.

These cheap lights are excellent in blinding oncoming people. The only possibility you can see forward is to direct the brightest part of the beam far away in the road. This means a large portion of the spherically symmetric pattern is projected above the horizon, blinding oncoming riders.

However, the cheap lights are usually poor for seeing because the beam pattern is not designed for road use. The spherical pattern directs too much light where not needed and too little light where needed.

The Germans have a solution for this: their StVZO laws require lights to be non-blinking, powered by a power source that doesn't suddenly go away (=dynamo), and the beam pattern to be such that it lights the road ahead of the cyclist and only the road ahead of the cyclist, having a sharp cut-off at the beam to not direct any part of the bright beam above the horizon (there will be still plenty of spill light that won't blind others but allows car drivers to see there's a bike).

Unfortunately quality costs. Only about 1% of people live in Germany, so pretty much the Germans are designing lights only for 1% of the population. If a German quality headlight manufacturer can amortize the product development costs of a true vehicle headlight over 1% of cyclists in this planet and a Chinese manufacturer can amortize the product "development" (in quotes because reusing flashlight technology doesn't really require any additional work) costs of a flashlight over 99% of cyclists in this planet, guess which light will be more expensive and which will be less expensive?

There are lights for illuminated streets and lights for rough terrain in the darkness. They best features are not the same. One case calls for low, narrow and not too bright beams, and in another such approach may just not illuminate your path if the turn is sharp enough or terrain is too rough.

This is probably the most that can be done. The highly shaped beam is actually dangerous in a wrong place, so probably not good to say you absolutely must have such a light, unless maybe it provides a separate "high beam" option. In any case, be sure first you always see far enough to stop, then think about politeness.

113
Safety data: Which is safer, head/tail lights which blink or emit a steady beam?
11
Bike lights with beam cut-off to avoid dazzling drivers?

2
Bicycle lights- Indicating in the dark
8
Why do consumer battery powered LED lights fail mid ride
25
Discouraging motorists from stopping at an intersection when they have the right-of-way
17
Is there a polite way to take the centre of the road without antagonizing motorists?
22
Is it bad etiquette to ride road bike through a small residential area?
13
I got glow-in-the-dark tape. Where do I place it?
11
Is it ethical to ride with races without being part of them?
15
What is the safest and most courteous way to ride on a two-lane road?
11
Right of way for a raised crossing?