The lockring on the bottom bracket keeps loosening up, it's now ~15-20km. What can I do to prevent it?

The steeper the hills I ride the quicker it comes undone - it's a single speed so it's clear and I guess expected that the higher the forces the quicker it will loosen up.

UPDATE: I have lockring tool which I use on my commute rides which is wrong size. The lockring was tightened by bike mechanic 2 weeks ago using a proper tool, but it came loose within 30km.

UPDATE 3: After I removed the cranks and the locking, it turned out that the non-drive side BB cup is not tight in the BB thread. I really mean the cup, not the spindle. Even when the cup is fully screwed in (so the spindle turns freely but doesn't have any wobbles) I can move the cup up/down/left/right. It's a tiny movement, but it's observable and visible to a naked eye. It's as if the cup is of wrong side. The threads on the cup and inside the BB look ok, but I haven't cleaned them yet.

I don't think this related but after removing the non-drive side cup I still cannot remove the spindle which I think is unusual. 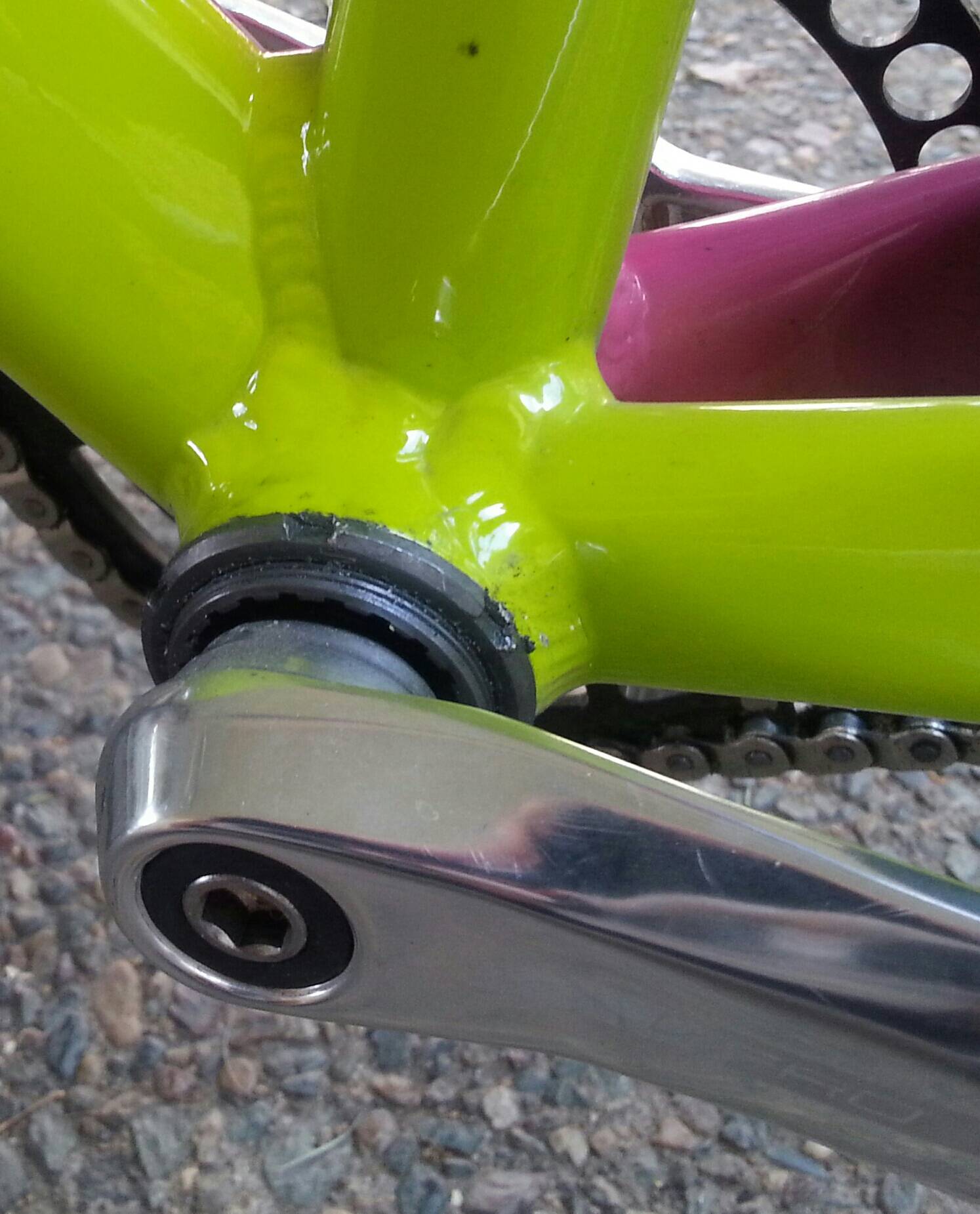 If it's coming loose so soon after being actually tightened fully, then it's probably one of these 2 things:

I had the same problem once. I figured out that only the left one would come out no matter how much torque I would give to the bolt. So I went to the bike shop and he asked me if I had replaced it and I anwered yes (because I had). So be told me that this can happen because the bolt on the left side can loosen as it loosens as you ride. So he glued the bolt inside with enough torque and told me to leave it like that for about a day. After that no problems what so ever! (Now if I want to remove it I can but I will need some more torque, it's not that it will never come out again...)

0
Non-drive bottom bracket cup loose/wobbly - what options are there?