Estimating trainer 'effort above the flat' by heart rate + cadence

A question popped into my head after yesterday's trainer ride.

As I pointed out in this question, I usually set the trainer up so that a 5l cask of wine just moves the pedal from horizontal in 'top' (48:14).

In that configuration, my average HR will stay in the 130s at a cadence of 80 in 'top'.

If I ride on the road, my HR seldom gets above 130 except on hills or if I crank up the cadence to 100+ in top (on the flat): I am loath to ride at any decent speed on the road because I am usually surrounded by people of median IQ driving 1500kg+ steel boxes - and I don't trust any of them not to kill me (assuming they're not actually trying to).

Yesterday I didn't have a full cask anywhere (I've been off the grog for six weeks, on a bet), so I just cranked it up until I couldn't move the pedal using my hand when seated next to the trainer.

This provided 'ample' resistance, to say the least: 2 minutes in, my HR was in the 140s although my cadence was only in the low 70s - and not in top gear, either - the average speed for the workout was 22km/hr.

Half an hour later, my HRM said I'd exerted ~500kcal over 10.7km, with an average HR of 148 and a peak HR of 166. The kcal count is about right for workouts where I do more sprints, and at a significantly higher average speed (i.e., a distance travelled of ~17km, reflected by an average cadence of 80 in top: cadence maps directly to speed via gear ratio).

So if I expressed this as "what is X in 48:X, to get that distance at a cadence of 80", the answer is "a little over 22". In other words, riding on (roughly) the 4th-highest gear, my HR was 10% higher than it usually is riding at the same cadence in top.

For each cadence, I would then know my 'steady state' HR on the flat (it will stabilise after a few minutes); for each HR, I will know what speed/cadence on the flat is consistent with that HR.

So if my HR is, say 10% higher (on average across the workout) than it was on the flat 'benchmark' for the same cadence in the same gear, I would chalk that one up as being '10% above the flat'. (I'm not pretending that's a 10% incline, or even a 10 degree incline; just that it's objectively 10% 'harder').

I realise that over time it would be expected that performance would get better, so there would be a need to periodically re-assess the 'flat' performance.

So finally the question: has this sort of analysis already been done and put up on the web somewhere?

I've googled terms I think might yield results, but haven't found a sausage. It seems to me that performance-metrics boffins would probably have solved this already (assuming it's an issue that has benefit for performance monitoring, which I reckon it does) so my search terms are probably a bit pants.

What you are attempting to do is calibrate your heart-rate on the indoor trainer to real-world riding - and this is far too complicated. Since there are so many variables to consider. Heart-rate is an indicator and not as accurate a measure as a power-meter. Your heart-rate can vary for the same effort over the same terrain depending on diet, recovery, fatigue and so on. Also riding outdoors there is the issue of weather conditions also - which can be for you or against you.

Another factor I can see is - although your indoor trainer attempts to provide a "road-like feel" - and all indoor trainers boast of providing the most realistic road-like feel. It will have a spin-down - that is the period which the trainer continues to spin after pedaling has stopped. This represents resistive inertia - good ones have excellent resistance and also take longer to spin down and have a nice "feel" to them when riding. So - your indoor trainer will not be a perfect representation of real world riding.

Personally, I would be setting the resistance at a single-level and changing through the gears to alter resistance. Looking purely at speed as a measure of your power - and using this as a basis for training. Might be a bit tricky - because it is speed and not power (everything is watts these days!). But you can combine this with your heart-rate data to know your speed and HR zones for training.

Might I enquire your age? This answer will be a bit vague without that, but you can work it out backwards.

This chart shows the "zones" 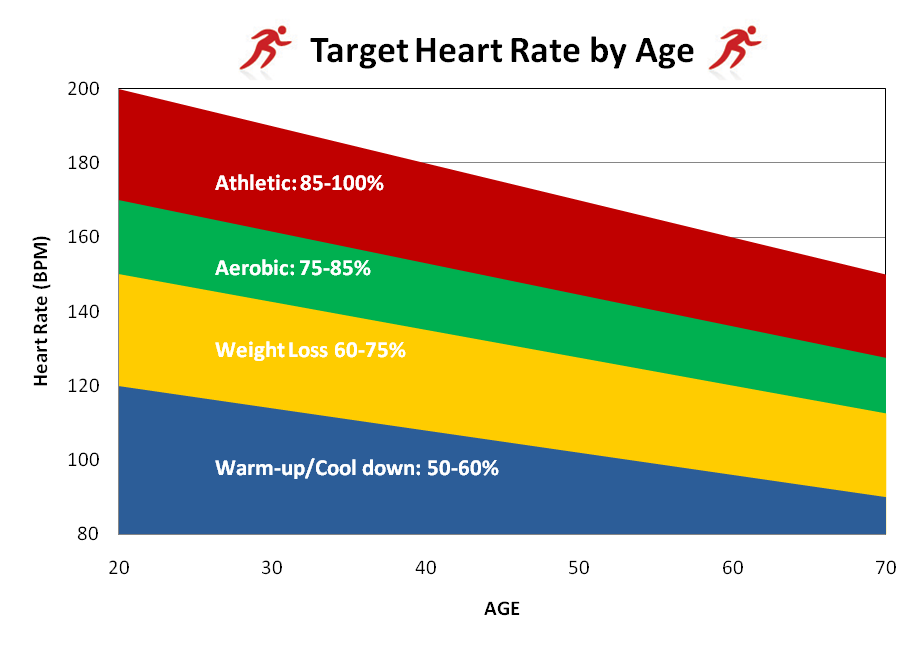 Here's a short ride from last week - heart rate was above 160 for at least half, and a peak of 173. That translates to higher threshhold and into VO2, which is pretty good, giving speeds of mid 30km/h to a peak of 42 km/h. https://www.strava.com/activities/757787829/analysis

So to summarise - 130 BPM is a good "endurance" workout. You'd need to be doing that speed for a couple hours, and frankly that's boring on a trainer.

If you're dead against training on the road, try riding at a velodrome or some other kind of off-road track. An athletic track may work, or around the local park?

If you can work a decent climb into your trip then that will be excellent exercise. Use a tool like strava to measure your gains, cos it never feels faster.

Not the answer you're looking for? Browse other questions tagged trainer cadence heart-rate performance-tracking or ask your own question.

1
Speed to power calc on a 'basic' magnetic trainer

4
Vibration in fluid trainer - OK?
8
Techniques to increase average cadence for endurance-riding?
3
Trainers: Fluid or Mag
4
will increasing cadence ability hurt my climbing strength?
1
Speed to power calc on a 'basic' magnetic trainer
15
For fitness's sake, is it better to ride with low cadence in high gear or higher cadence in medium gear?
3
What cadence should you sprint at?
4
Wahoo heart rate monitor issue
5
Using a Heart Rate Monitor (and a cadence and speedometer, but no power meter), how can I remain in Heart Rate Zone 3?
5
Could one predict from power data whether a cyclist is standing or sitting?