I'm working on adjusting my front derailleur; Shimano 105 group set 5700 series. On reading on the net and also watching a couple of online youtube videos there is comments about the barrel adjustment used to either tighten or loosen the cable to ensure that indexing occurs.

Now what I'm confused with is that the notes often refer to increasing the wire tension via a counter-clockwise turn. The question is counter clockwise relative to facing which way ? For an inline barrel adjuster depending if i'm looking down from the shifter on the handle bars, or looking up from the cable end of the derailleur the direction is different.

Is there an easy way to know which way to turn ?

The indicated way to turn is always relative to the object the screw / the thread is fixed to. Examples: 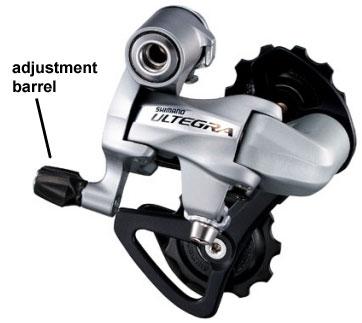 If you turn the barrel on th rear derailleur towards the wheel, it's loosening. It tightens away from the bike. 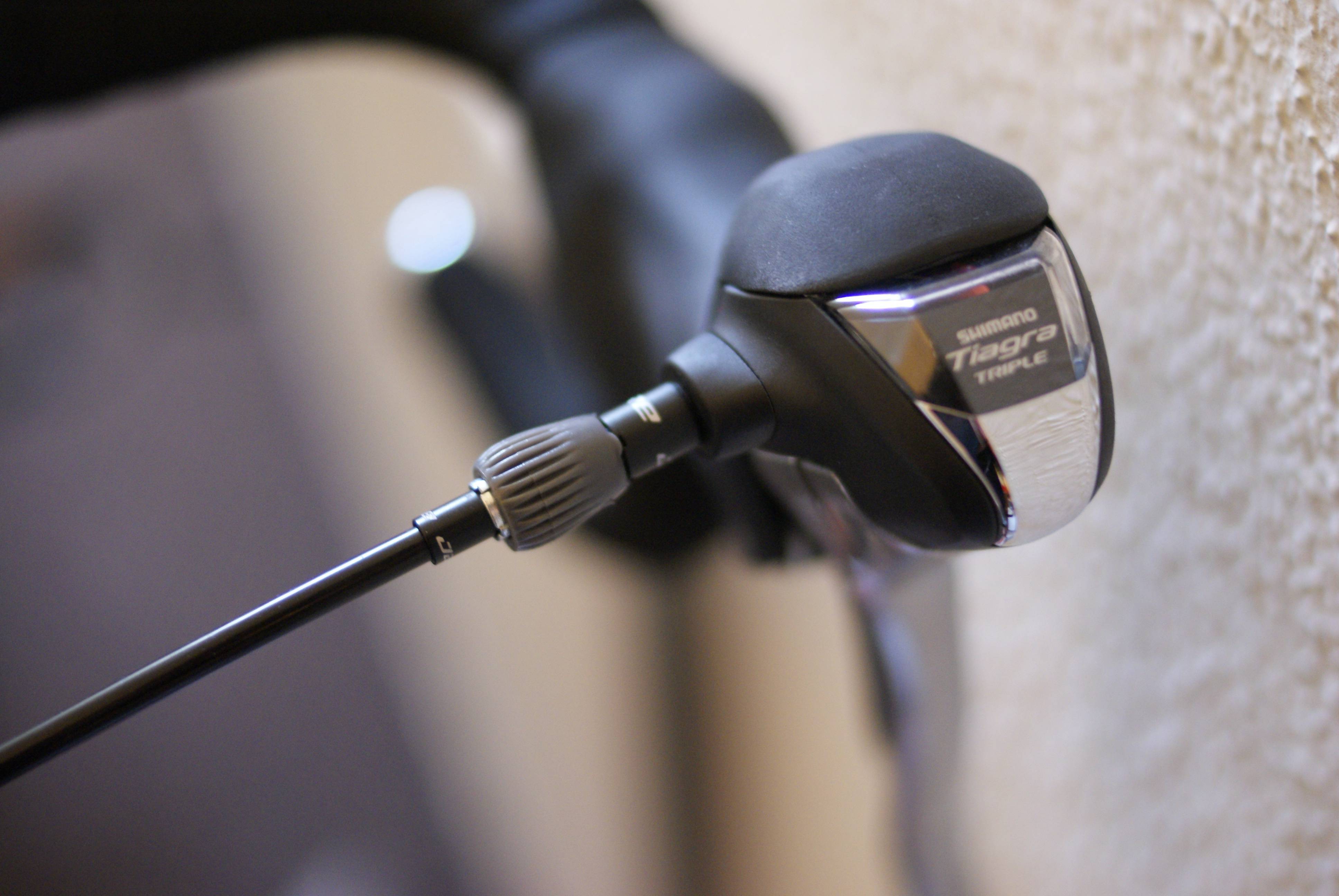 The same goes for your STI: in this case loosening is towards the bar, tighening towards the front of your bike. If this was the STI on the right, it would be the other way round.

Everyone will tell you that the threads are right-hand threads. Hence you tighten the screw by turning clockwise. But turning left or right only makes sense relative to something else.

It only made sense to me when I saw the hidden part that was meant as the reference object against which one turns clockwise or counter-clockwise.

To avoid confusion, it's easiest to unhook the cable from the derailleur's mount point and then disassemble the barrel adjuster all the way through. You'll get something like this:

(For a schematic and another explanation, see here under "Why? / Illustration").

The first surprise (perhaps) is that only one end of the textured barrel is threaded. The other side only "pushes". In other words, you'll find just one male and one female parts. You will not find two male parts symmetrically entering from the opposite ends of the barrel adjuster.

The second surprise is that the two metal parts (the two parts separated by a spring in the picture) depend on friction. You only need to grab the barrel and turn it; there is no need to grab the other half. You can often not even see or grab the other part anyway. What keeps the other part in place is friction with the cable housing. If some grease made its way between the top part (the male screw in the picture) and the cable housing, you could be turning the barrel while turning both parts. That acts as a safety mechanism anyway. There is no way to tighten with extra heavy hands (or even more forcefully with pliers) and strip the threads. You'd be simply "turning on empty".

Now, to introduce maximum slack in the cable, first wipe the cable housing attaching to the male screw from dirt. Then turn the barrel until you can no longer see the screw. It will disappear inside.

The next two steps are to attach the FD cable and then introduce tension as needed in the cable by turning until the part that was hidden starts protruding.

Not the answer you're looking for? Browse other questions tagged derailleur front derailleur-front or ask your own question.