I found a very cool and bizarre-looking bike in Berlin (in Germany) and was very confused about what it in fact "is"; Has anyone got an idea? — To me, it almost looks like some sort of cannibalized bike/moped/mini-motorbike hybrid: 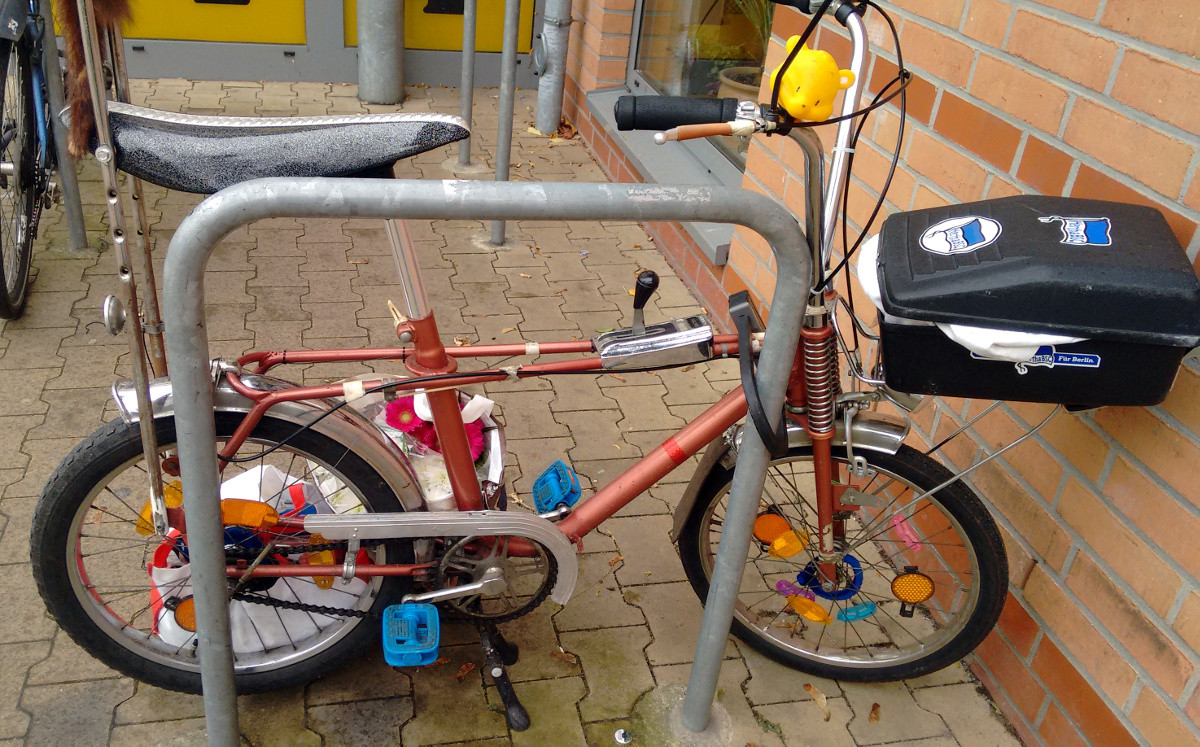 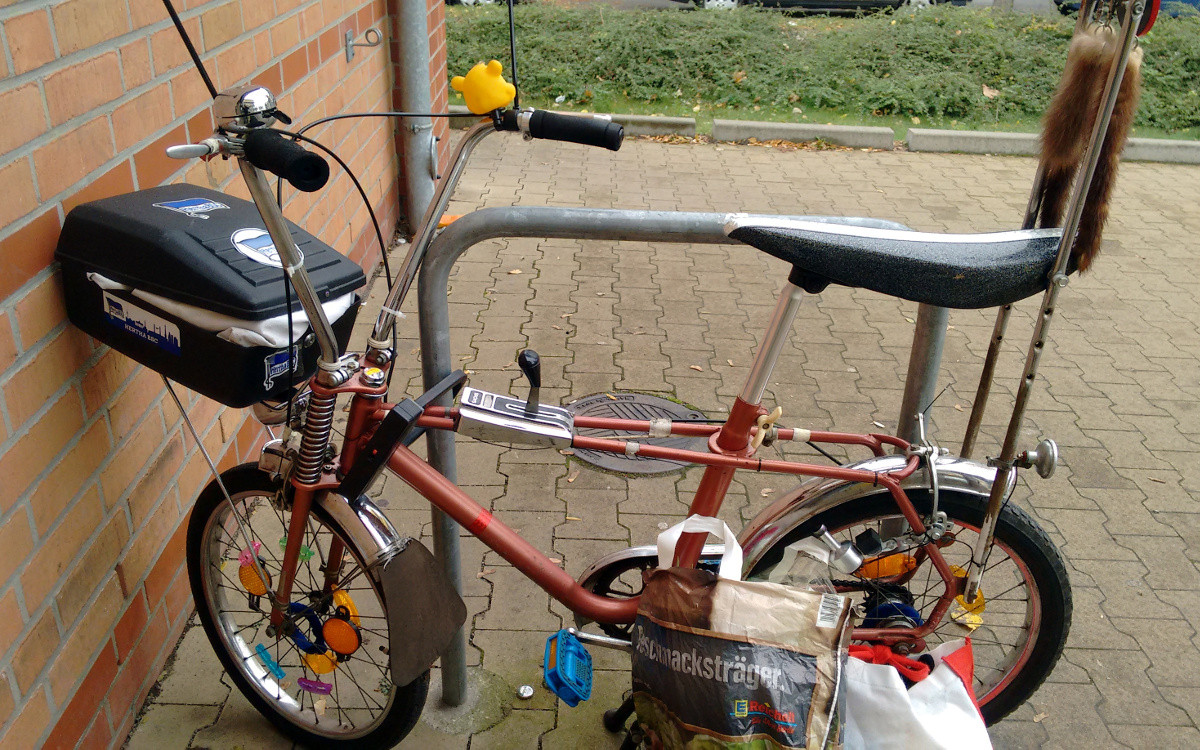 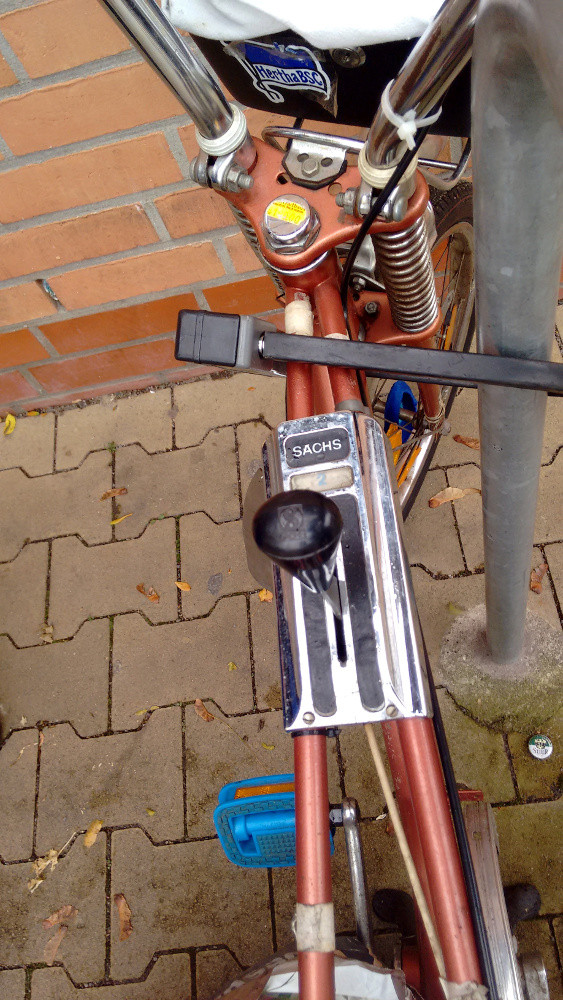 The owner was an older guy who told me that it's "custom" but he had bought it the way it is except for the front case and Winnie-the-Pooh squeaker, which he'd added himself.

Looks like 70s Schauff Elite. Compare it with bike here, the frame has very distinct shapes. A similar bike is also listed at the official (correct me if I'm wrong) Schauff website, the picture under number 28.

Not the answer you're looking for? Browse other questions tagged identify-this-bike vintage modification or ask your own question.