Why do deep section front wheels get pushed around in crosswinds?

If a bike with a deep front wheel or a front diskwheel were to receive crosswinds with a 90 degree yaw angle handling would not be affected since the pressure would be equally distributed among the entire wheel.

So why does the wheel turn at lower yaw angles?

This front "wheel" seems to be designed to handle optimally in crosswinds at normal yaw angles. Maybe one day somebody can make adjustments to the fork to reproduce the same effect. 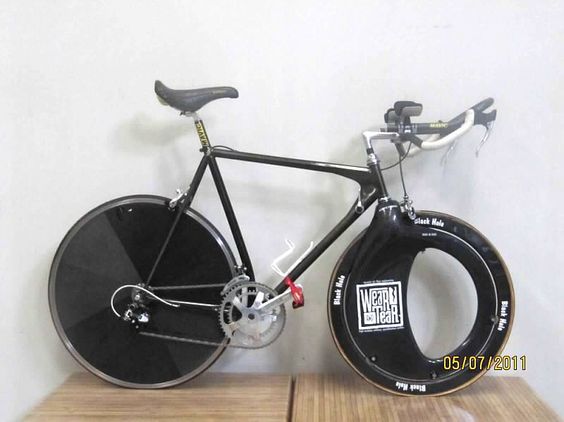 The answer to your title question is "moving air exerts a force on obstacles", and deep section front wheels have more area affected by side winds so there's more force.

In any crosswind there will be some side force that applies a turning torque on the front wheel of almost any bike (viz, zero rake bikes have been made, but they have less trail than is common today). The diagram below shows the normal design, somewhat exxaggerated as was the style in the 1960's: 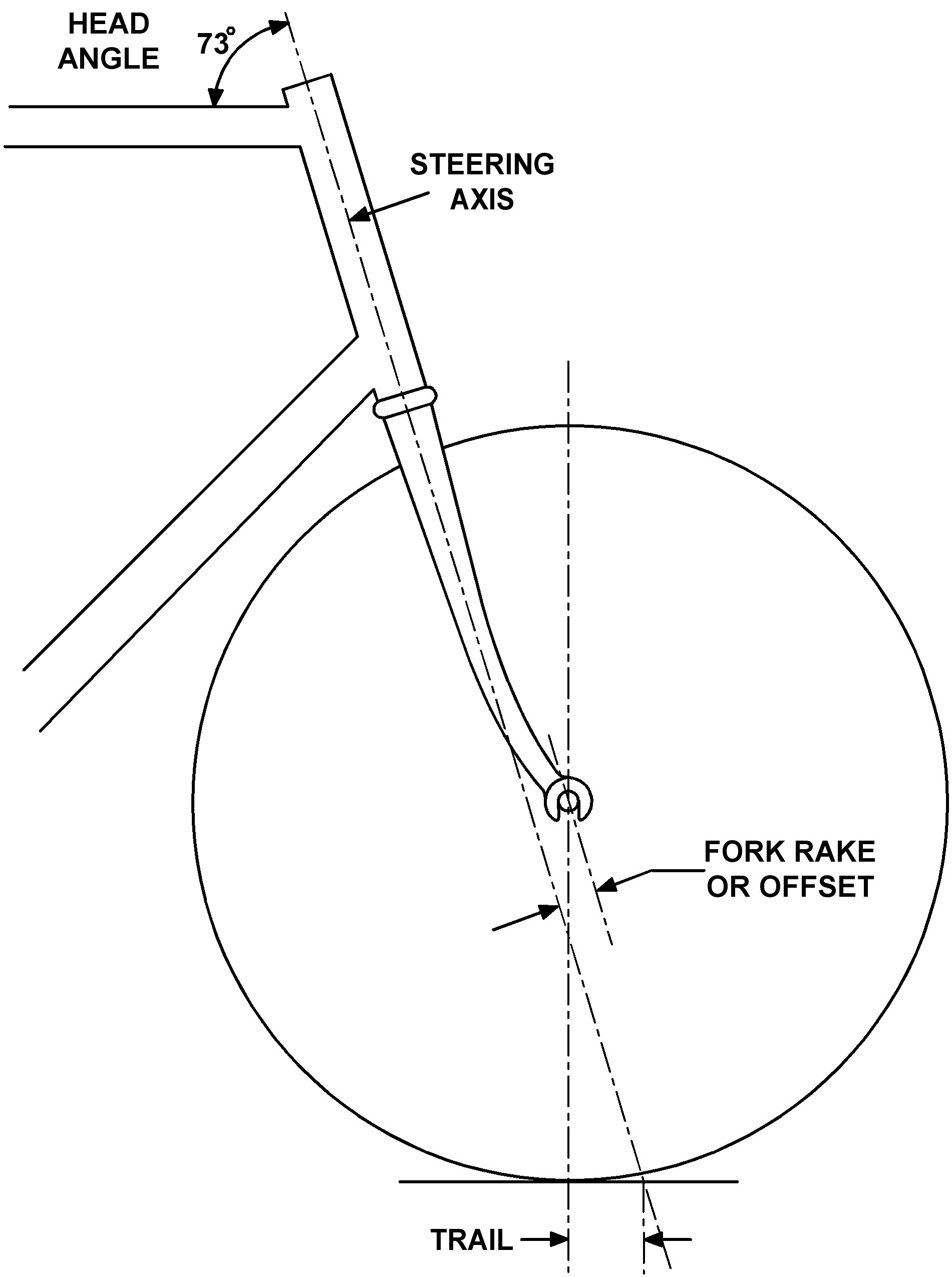 Note that the centre of drag/centre of the wheel is forward of the pivot axis. Thus, wind force from the side will tend to turn the wheel downwind, in the same direction that the wind is pushing the bike. So the rider will tend to stay upright, unless the turn makes them crash into something.

The bike you have pictured has the opposite design - as the wind pushes the bike and rider away, the drag behind the steering axis will turn the steering into the wind. I predict that in many cases the centre of mass will move downwind while the support moves upwind, resulting in a fall. But note that the front wheel design pictured is at best going to require clean, dry conditions to operate, and those are normally only found on indoor velodromes, making side winds a non-issue.

The OP asks about airfoil effects: More streamlined shapes can generate lateral forces due to airfoil effects, as often helping propel the bike as slowing it down - this is why speed records must be set in zero wind conditions.

Ignoring drag just for this example, the direction of the force from the wind is affected by movement for a streamlined shape, but not for a round shape. The apparent wind direction changes, but the vector components are still just movement + wind. But because drag is nonlinear the total drag force will be greater on the sum (that's why headwinds are so annoying), but the side force will not change by a huge amount.

The key point, though, is that the side force is still present regardless of the shape of the section. You could have a perfectly flat plane and it would still experience the side force.

And what matters to the rider is that the side force exists. Once you have that force, the above discussions of geometry applies. Where the force impacts and how that changes the balance and steering of the bike is what makes the wind hard to deal with. Whether there's a force-aft component to that force doesn't affect balance or handling.

It's definitely possible that turbulence from the fork will mean that there's less lateral force on the wheel behind the fork. But the more streamlined the fork the less true that will be. For the bike you've pictured above there is no effect at all, since the "fork" is merged into the trailing edge of the wheel. Instead that bike will have the opposite effect - there will be more lateral force on the rear of the wheel because there is so much more surface area behind the pivot axis of the wheel (the head tube).

It's not true that a 90-degree crosswind doesn't affect handling. Suppose you're cycling in such a crosswind, coming from the right. That wind is trying to make you fall over to the left. As it pushes you over to the left, your bike steers to the left so you don't actually fall (this is why bikes are actually stable to ride). You can see this by holding your bike by the saddle indoors: as you lean it to either side, it automatically steers to that side. So, the net effect of the crosswind is to make you steer away from the wind, even if the wind is putting an equal force forward and aft of the hub.

Not the answer you're looking for? Browse other questions tagged wheels aerodynamics physics or ask your own question.

10
Deep-Profile Carbon Wheels — How to choose depth?
11
Why are hand-built wheels considered to be better than machine-built wheels?
2
Are deep V wheels only for fixed gear bikes?
5
Does group riding negate the aero benefit of deep rim wheels?
1
Difference between 3 campy 80mm deep section wheels
16
Why are wheels so important for racing?
6
Why no wheels with rope instead of spokes?
1
Do deep section wheels sound different?
2
What kind of a nut is this holding my front wheels?
11
Why aren't road bicycle wheels tiny?