I've spent countless hours on the internet researching my frame it is a blank aluminum 23 inch frame with no manufacturer's name with 24 speed gear., Kenda kwick 700x35c racing tires. It also has Suntour CR8 shock suspension front forks, Shimano gears, please help me find out what the manufacturer and value of the bike is 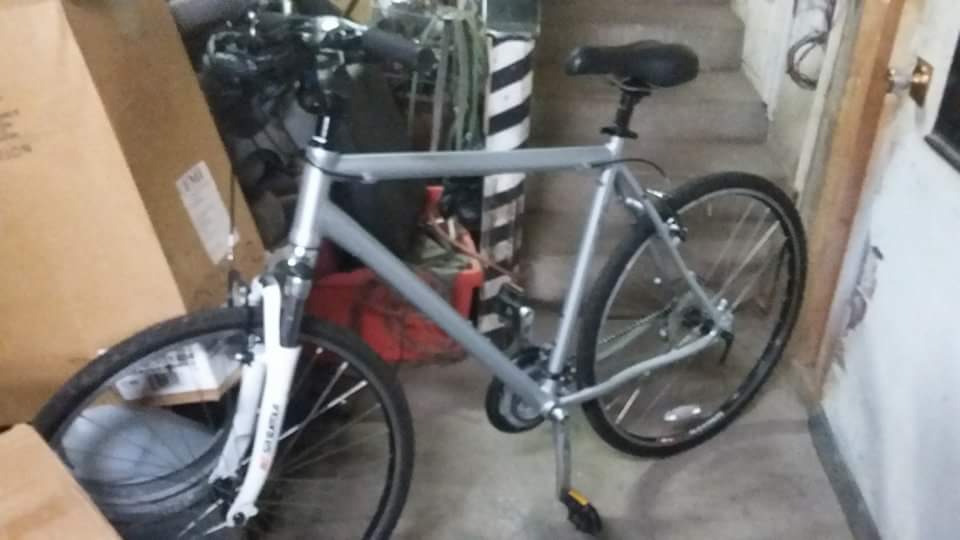 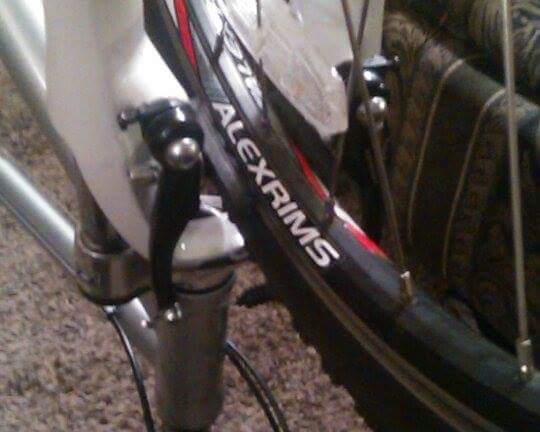 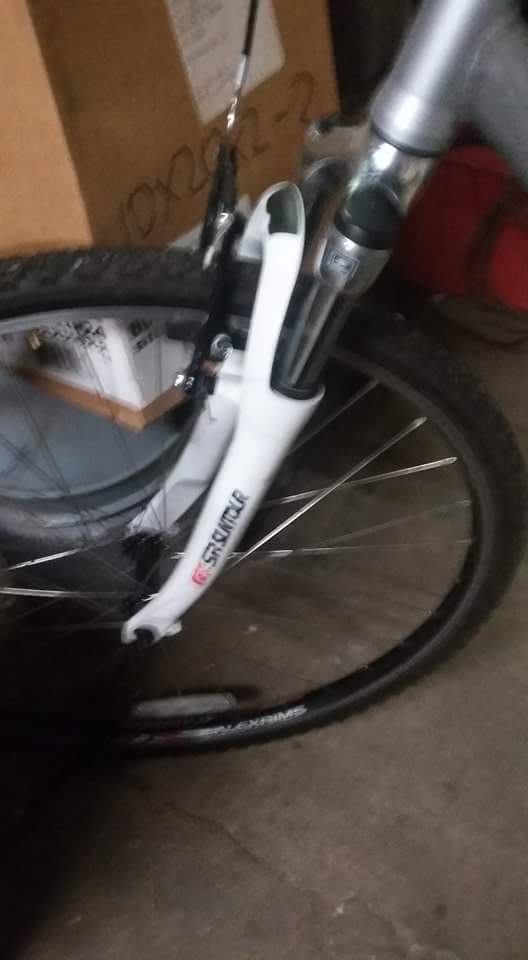 It's a generic early 2000s hybrid bike, most probably manufactured in Taiwan by a factory that does not have any relation to the brand under which it was sold. Finding out the actual manufacturer will be difficult.

These things cost €400 to $800 when new, ten years later the sale price will be much less.

Looks like a generic hybrid bike from the early 2000s. The chainstays have a fairly distinctive design in them, to allow heel clearance and some minor flex.

If it was high spec it probably would have had disc brakes, or dual pivot rim brakes. That it has V brakes suggests its not super valuable.

The front fork colouring and paint suggests it might have been replaced with something newer. I would have expected the fork to have concertina boot protectors, if it were as old as the rest of the frame.

The wheels are both the same, so I suspect its been in a collision and has had damaged parts changed out. Look closely for signs of abrasion, on the ends of bars, cranks, etc.

The grey/gray paint job on the frame - is it original or was it done later? The quality and durability of the paint can show whether it was done properly or with a rattlecan.

As for value - bikes this old don't really have one. As long as it fits you, doesn't hurt you, and you find it comfortable, then its worth riding. We don't do product valuations here because they're of limited use.