Want to decide between these two cassettes

How do they differ?

XT is shimano's MTB line - and its second below the XTR line. It weighs a claimed 275 grams, and can be split in the middle to remove a medium cog and add a larger one on the end.

HG is also a MTB line, but ranks somewhere below XT. It weighs more at around 430 grams, and therefore is more solid. It cannot be tweaked, but will be more robust and less prone to breaking.

In 2016, the Shimano MTB group lineup is something like this:

By comparison, the road groups are

A further breakdown can be found at http://productinfo.shimano.com/#/lc/1.7

To clarify - here's shimano's current line up, according to shimano, from the link above, which is dated 2016 and titled "Product lineup" 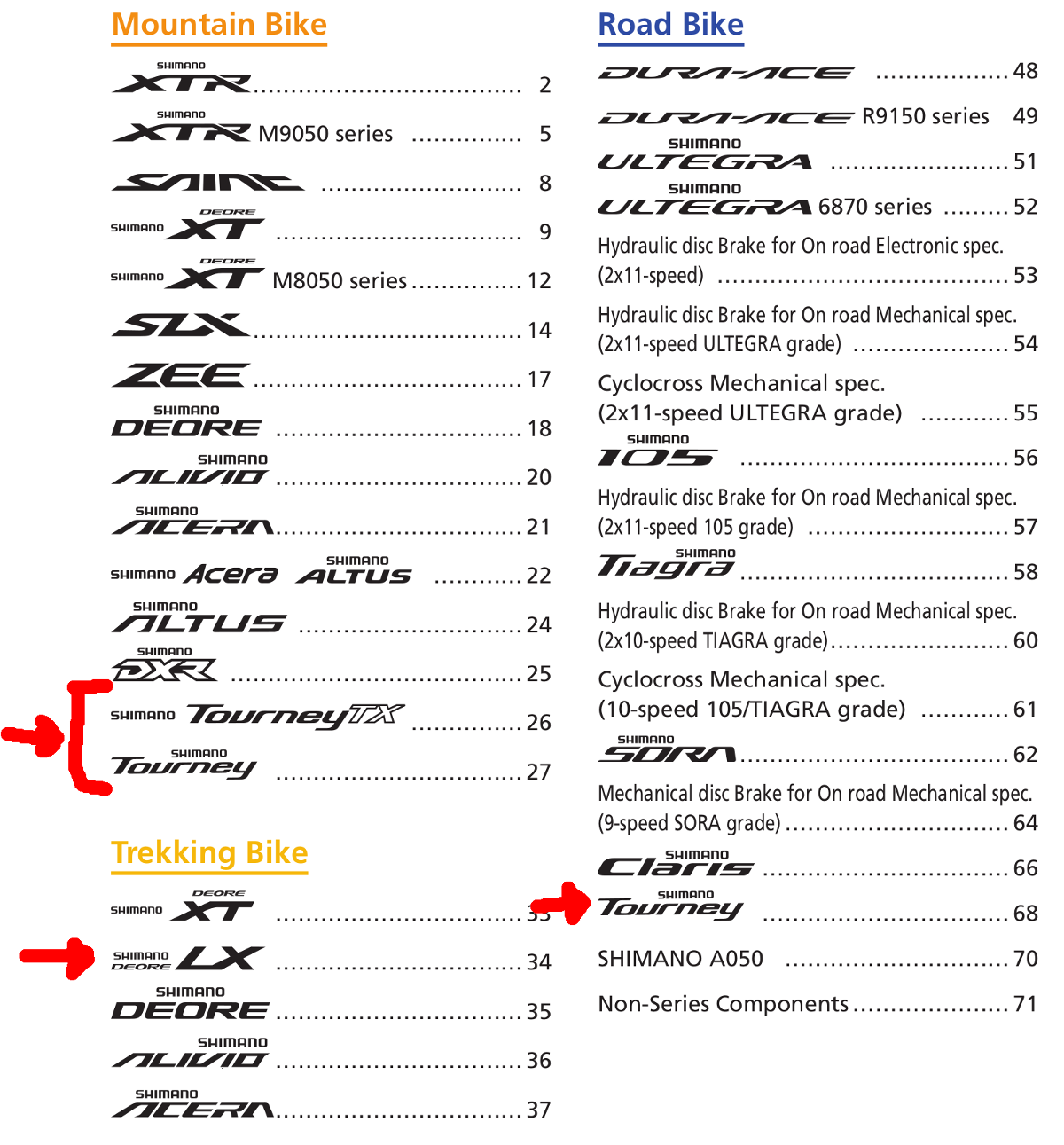 Note this is from the PDF linked from that page.

Answer My advice would be to get the cheaper heavier cassette and a new chain at the same time. They are wear items, and should be replaced periodically. Some indication that the light one was perhaps too light for the amount of power some riders were generating.

Not the answer you're looking for? Browse other questions tagged crankset cassette or ask your own question.

3
Good 9-speed cog configuration for touring and which low-cost quality cassettes?
3
Difference between Shimano HG51 8-Speed Cassette and Shimano HG50 8-Speed Cassette
5
Can I mix and match cogs from 2 different SRAM cassettes and still expect it to work?
1
What large chainrings are compatible with Shimano FC6603 crankset?
2
road bike - how to choose chainring (crankset) and cassette size?
2
Shimano: what's the difference between medium cage and long cage?
3
How much range can I get with two separate cassettes without changing chain length?
2
Help me build a 2x11 crankset with a 40t/42t big ring and bashguard
1
Are the HG-50 and the HG-81 Shimano cassettes interchangeable?