Aluminum frame quality - how much variation can there be and how to tell?

Take a look at these two aluminum frames. The first one is a $1k bike, and the second one is a $200 bike. 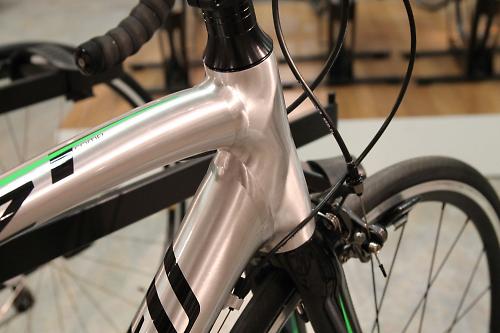 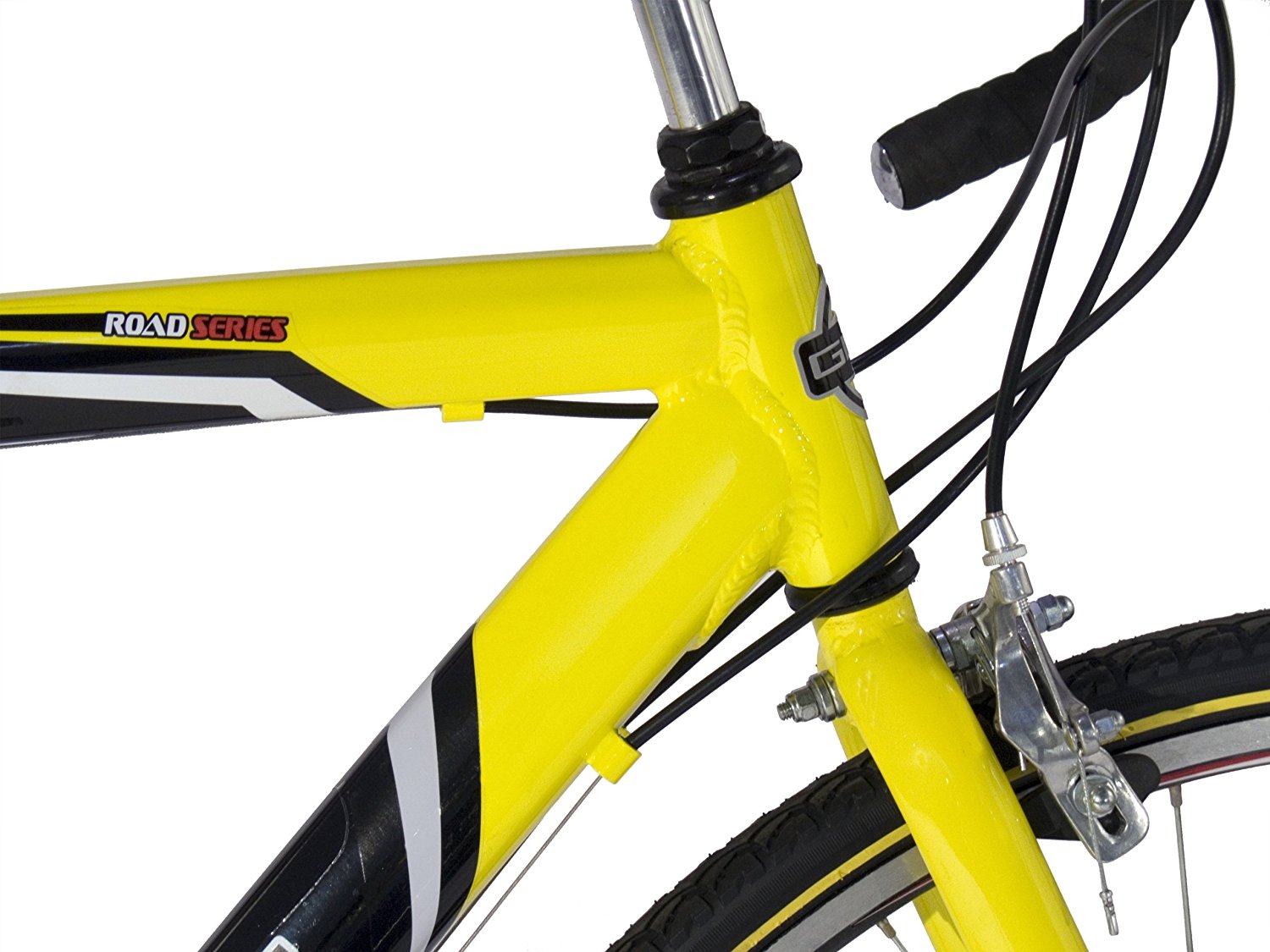 Is there a significant quality difference between these frames? And if so, how can I appraise the quality of an aluminum frame (other than weighing it)?.

I can see that the more expensive frame has smoother welds with larger, curved tubes, but it's a completely unscientific observation.

You actually point out two important characteristics in your photos: welds and hydroforming.

The more expensive frame (looks like specialized bikes) has shaped tubes and very clean welds, while the second frame has straight tubes and messy welds.

The shaping of tubes (hydroforming) isn't just for looks. By shaping the tubes (in addition to butting) the bike designer can tune the ride characteristics. This can make aluminum behave stiffer or more supple depending on the application (e.g., stiff for a criterium bike or supple for an endurance bike). Shaping can also be used to get a mixture compliancy in one direction and stiffer in another. Because of the time and money involved in shaping the tubes, aluminum frames with highly shaped frames tend to come on higher end bikes.

Welds are also a good indicator of quality. Cheaper frames will use less experienced labor and will care less about the fit and finish and more about hitting a particular bottom line.

Of course neither of these characteristics are an absolute guarantee of quality, but welds and hydroforming do tend to be associated with better build quality.

Finally, you also mention weight. The biggest weight difference will come from the components used to build the frame rather than the frame itself. When comparing two aluminum frames the weight difference will be less than 500g. Even if you knew the weight I personally don't think this is a good metric and the optimal weight also depends on the application and the typical forces that are expected to act on the frame.

DRH has pretty much answered it in the comments, but the variation can be a lot and its going to be hard or impossible to tell just by looking at a frame, especially if you encounter a counterfeit (more of a problem for carbon fiber, but still; this can be a safety issue if the bikes aren't properly tested). Bicycles have been commonly made out of aluminum for 30+ years, so its not hard to make a poor bike look good.

You may get some clues such as:

A lot of bikes have alloy numbers written on them as fashion -- 6061, 7005 being the most common. But, you can do a lot of different stuff with the same alloy -- mishandling the tubing such as overheating it, or choosing a bad design (e.g. tubing thicknesses) and what not can give you a varying quality frame. A good designer can do better with a less favorable alloy for the type of bike they want to build than a bad designer with a more favorable alloy. As an extreme example, if I designed a mountain bike with the wheelbase of a cargo bike, it would be hard to get the handling down (*).

Note that most people don't buy just a frame -- they buy a whole bike. And you need to consider costs cut on the whole bike. While the second bike you linked (GMC Denali) is cheap, there are some costs cut in a way that I find unacceptably dangerous, such as cutting the handlebar in half to stick gripshifts on a drop bar, versus spec'ing cheap brifters/downtube shifters/bar ends. Also, note the type of headset used. That bike is also quite heavy. The Specialized Allez in the first picture looks cleaner, is much lighter, has a brand name I trust and handles pretty well. Knowing what I know about how the Denali was built up, would I pay the extra 800 dollars if I had to select one of those bikes? Heck yes.

Frames are a critical part of a bike, but you have to take a holistic view of a bike to assess quality. The frame has effects on safety, handling, reliability, comfort and pretty much every aspect of the bike. So do other parts though.

I get a lot of people want to save money on bikes; the name brands do cost more than what you get at Walmart or from online retailer X. Part of that is because you're paying for the brand. Another part is paying for the research & development; designing the bike to meet the price point, making sure its safe and built well. Another part is manufacturing costs (and quality control, which Moz points out in the comments). And you have the cost from the retailer. Often, theres less cost across the board with these non-name brand bikes. But, part of buying a brand is that you're buying into their reputation, that the thing was done right -- engineered for appropriate performance, reliability , safety, warranty for the price point. And for that, you hopefully get a better bike.

They all look completely reasonable on the outside -- like modern compact cars. Some of them are basically the same (Sentra + Megane, Golf+Leon+Octavia, etc.) architecturally, but are aesthetically different. Others have very different crash test ratings, performance, reliability, etc. You can't tell just by looking at it; a chart of numbers like weight, horsepower and what not may help, but its not a surefire way to weed out a bad one (especially if they're lying). Your clues are the brand's reputations, and just trying to feel out how well the thing is put together. Many people will go for the Corolla or Civic, even if they're a bit more pricey than some of the others, because they know they're getting a well built, quality product from the name.

(*) Surly is trying this; because its Surly, I'd believe it could be decent. If it was a lesser manufacturer, I'd run away. So, maybe not the greatest example, but it makes the point.

36
How can you recognise a quality steel frame?
1
Is there anything wrong with fat blobby frame welds?

11
non-steel frames and longevity
7
Building my own full suspension MTB: How to I select a frame?
1
Tough road or touring frame/bike
21
How many years an aluminium frame lasts in a touring bike?
5
How long will this alum frame last?
3
How to evaluate different alloy types used for bicycle frames?
0
How to judge grade of carbon frame?
3
How to degrease a bicycle frame?
1
Are rear triangles made today made of thinner / less substantial materials than in the past?
1
Most durable bicycle frame: Titanium?