Would like to find out what is the brand of this bike I am rebuilding? 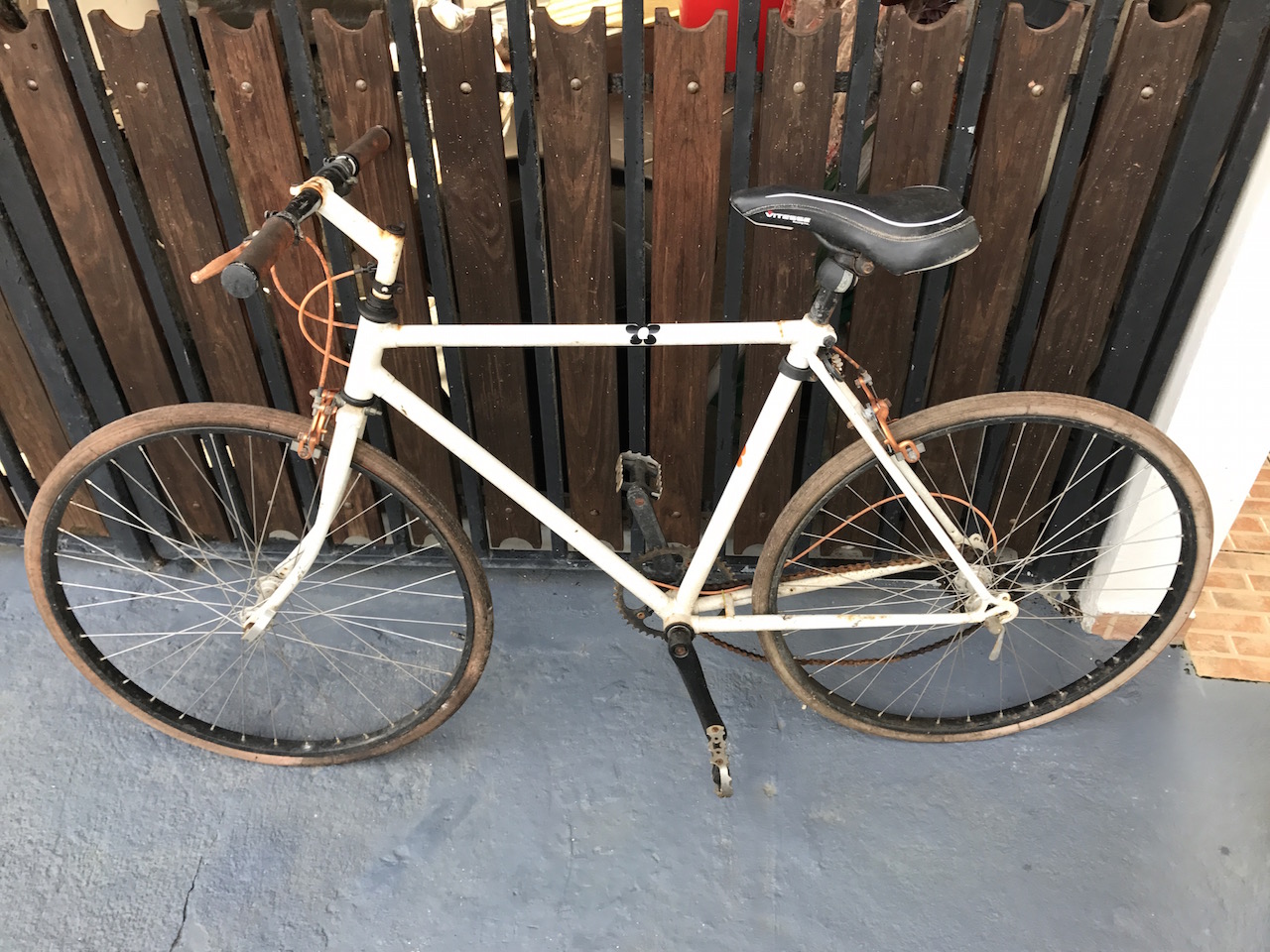 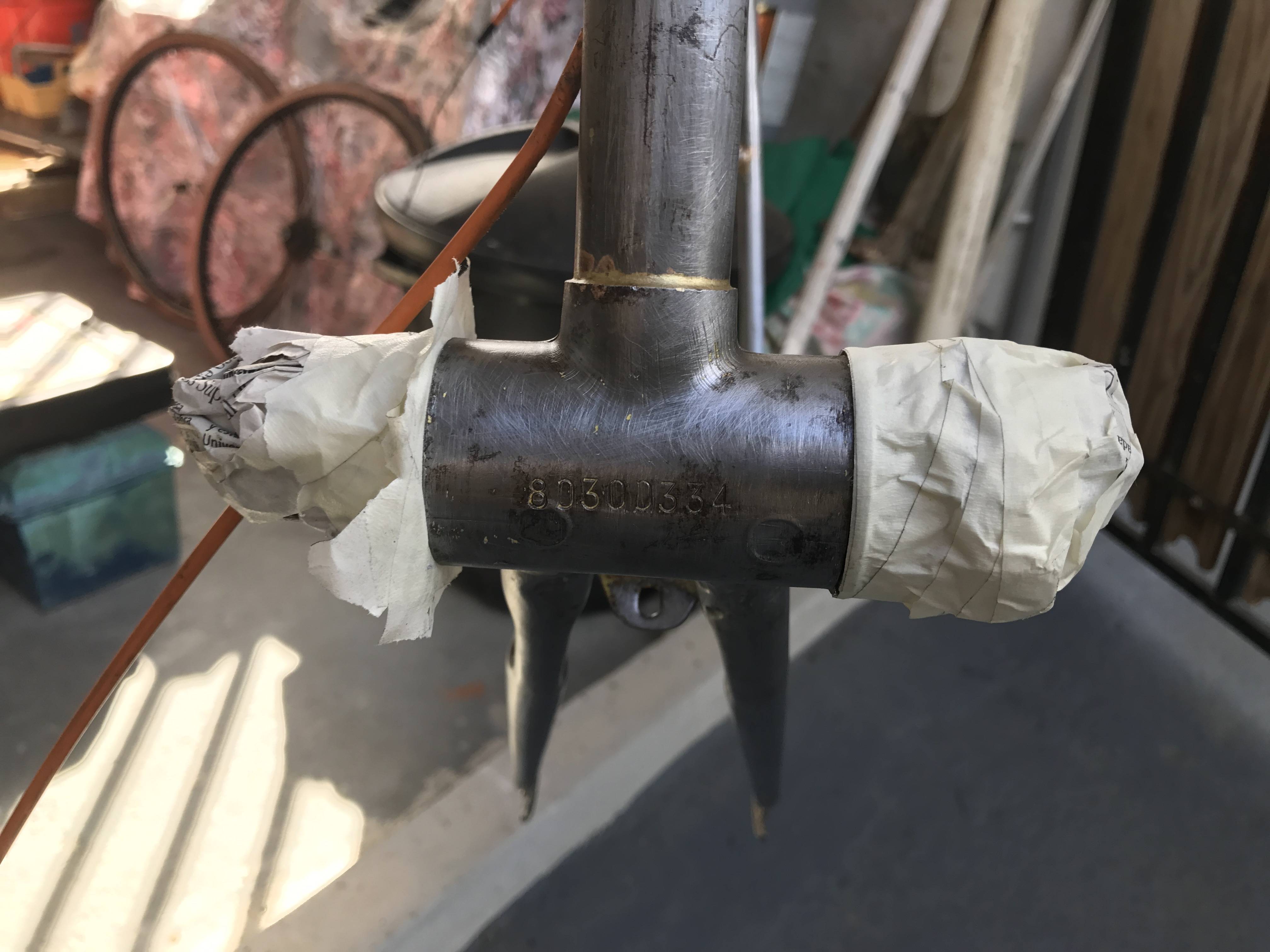 I know is chromoly frame, and serial number starts with 8D30D334... I will add pictures, if anybody can help would be great...

Yes, I found out that the tires had been replaced and many other parts. And yes the tires were close to 35 or 33. We even had a hard time fitting the front wheel, the wheel seemed to be big for the fork. It came out pretty nice. I will try to post some pictures.

The plastic part was a torn up reflector.

I ended up giving it to wife, and got myself a new Specialized Hardrock 29 MTB, and I am riding every day an average of 10 miles.

I have no idea what brand it might have been. And really the brand means little.

From your two photos I see 90s hybrid bike brazed with lugged steel (not welded like I originally said) - you can see the bronze around the bottom bracket.

Dunno if the flat bars are original... the single rear derailleur looks a bit odd mounted on the quill stem. Normally they'd have thumb shifters. And that orange shift cable outer looks decidedly weird looping up at the back chainstay.

The wheels may not be original either. There appears to be a relatively large tyre on both wheels, at a guess 32mm or 35mm ? The mud/colour makes it hard. Schrader valves imply larger tyre widths too. Quick Release skewers also implies no older than the 90s.

There's a bulbous bump in the seatpost - does the bike have seatpost suspension?

There's an odd plastic thing on the seat pole just below where the stays are attached. Not sure of its function. What is it?

The crankset looks relatively modern - I suspect this has been converted to a single chainring at some point.

Not the answer you're looking for? Browse other questions tagged road-bike frames identify-this-bike or ask your own question.

0
Trying to figure out the Brand/Make of this bicycle?
4
What brand/year/make is this road bike?
5
How could I find out about my bicycle brand/model?
2
Where is my Record Luxus Racer bicycle from?
3
What to do with the new parts on an old bike I want to dump?
2
Please help identify this frame
3
Trying to figure out what brand this frame actually is