A friend of mine claims that porous (very slowly deflating) tires with inner tubes can be treated by the following procedure:

The rationale is that the silicon coating will seal the porous rubber from the inside.
(And needs to be applied 2-3 times because the first dose will stick to much to the inside close to the nipple, so it won't make it all through the tire. The 2nd/3rd dose will propagate further as it travels past the area already coated.)

This sort of makes sense at first glance....

Fact of fiction ? Whats your take on this ?

Here's what proper tyre sealants look like in action: 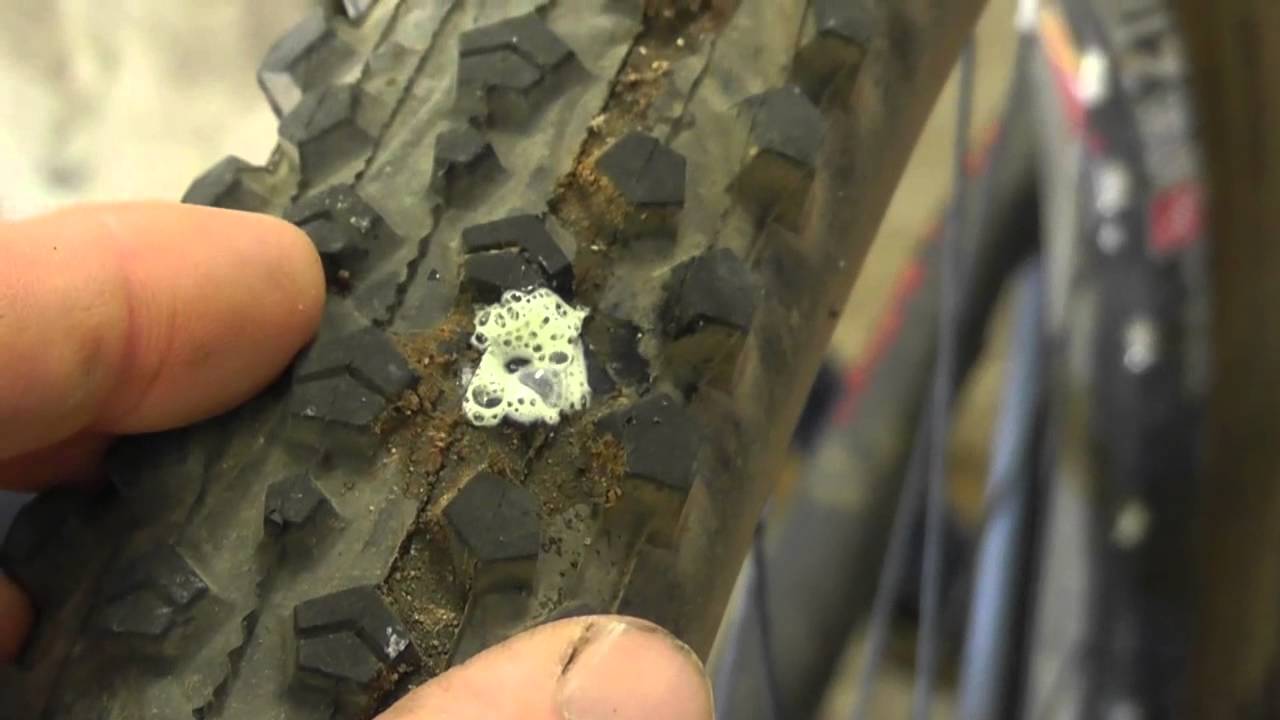 The latex mix is pushed through a hole and as it passes to the lower atmospheric pressure, the liquid comes out and leaves the salt/latex material in a clump to seal the hole from the inside, which looks like this. 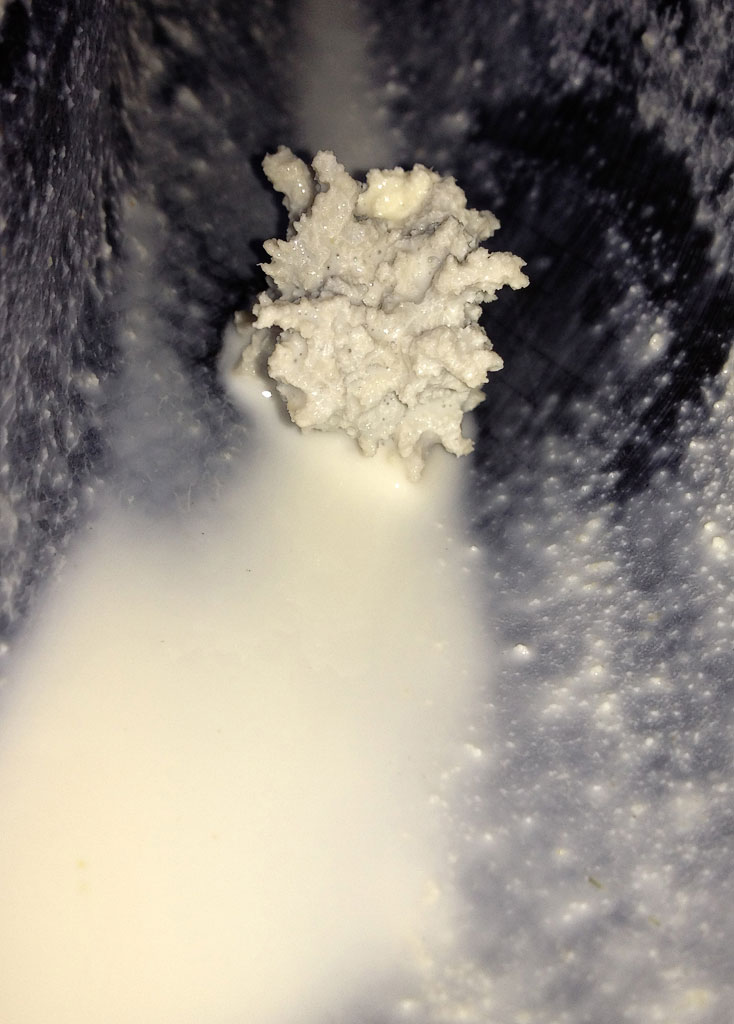 Instead, Your friend has managed to merge the concept of tyre sealant products like Stans or Slime, with canned silicon. 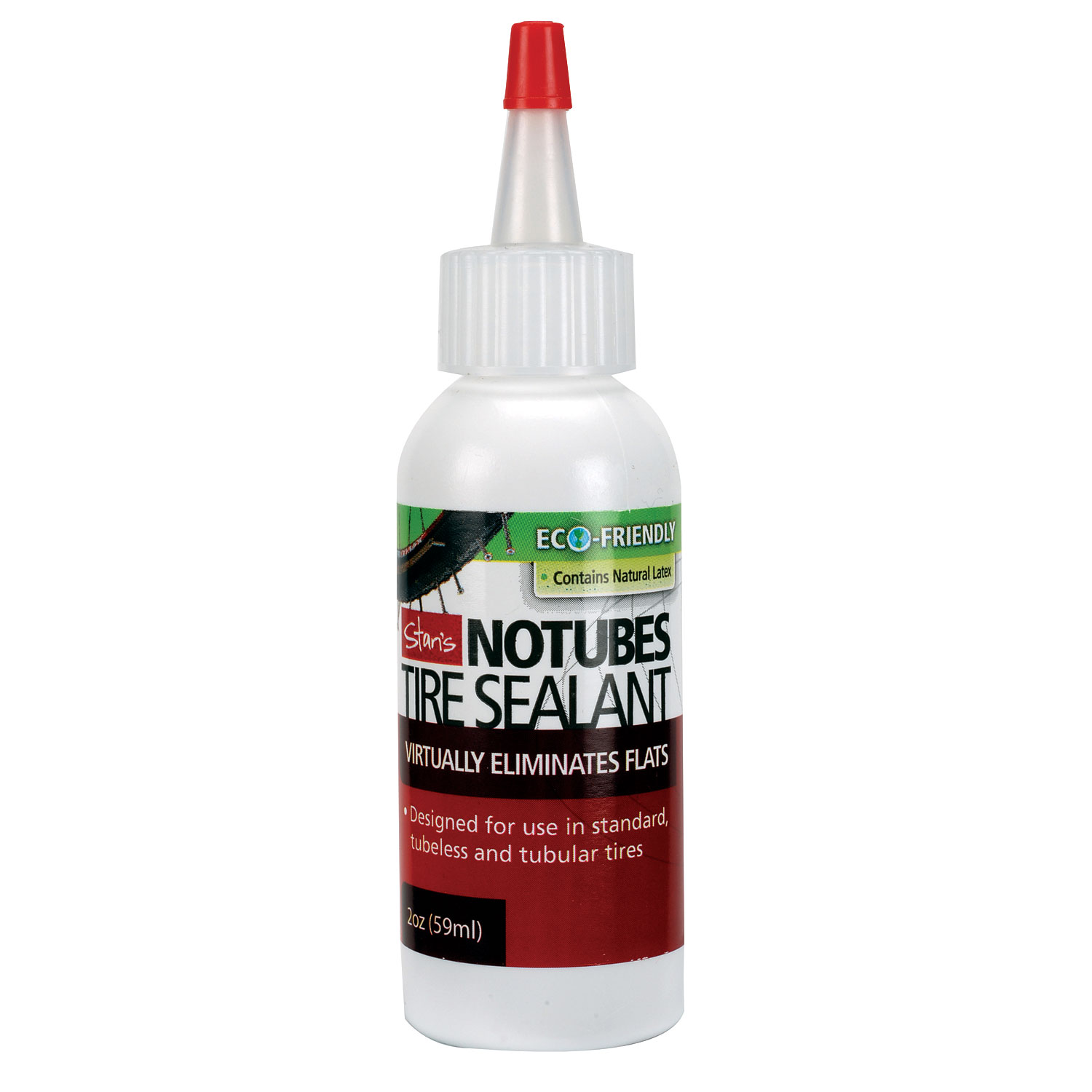 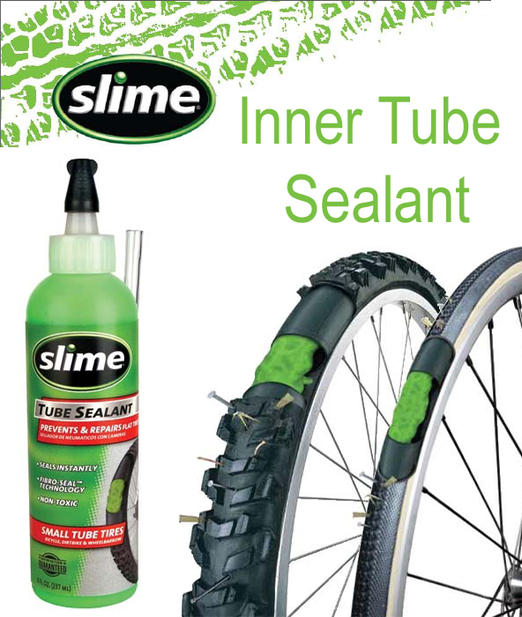 Your friend's advice also says nothing about valves. So if you tried to spray through a schrader valve, you'll get exactly nothing in the tube and all the silicon will be on the valve stem. Spraying around a presta valve might get some small amount in if the cap was opened. Instead the advice should have said to remove the valve completely using a valve tool for schrader, or a small spanner for presta.

So my suggestions instead would be

1) Buy a new tube. They're cheap. Just buy one if yours is loosing air. Stick your old one in the saddle bag as a "get-home spare"

2) If your tyres are balding or have gashes, or you can see the threads, buy new tyres. Buy two if you can. This won't really help leak down but will reduce punctures.

3) Optionally remove the valve stem and squirt in some tyre sealant for piece of mind.

Note - some bikes don't even have tubes. Instead they run a setup called "tubeless" where the tyre does all the job of holding the air pressure. These tyres do need sealant added as best-practice.

Fact or fiction? I have no idea.

I can offer this experience from the last millennium:
When using tubs (singles aka tubulars), they were a pain if they had a slow leak. The effort involved in repairing them never seems worthwhile while the tire is still semi-functional, so we would add a little milk along with the air when inflating it.

It certainly worked, but I can only speculate on how it blocked the leak. I can report that any air that escaped smelled awful.

Could the silicon grease idea work? Maybe. Test it, and report back.