Non-drive bottom bracket cup loose/wobbly - what options are there?

I have this pretty/ugly Pinarello single speed and for a while I had a problem with the bottom bracket lockring loosening up and the BB clicking.

After I removed the cranks and the lockring I can feel that the non-drive side BB cup is not tight in the BB thread. I really mean the cup, not the spindle. Even when the cup is fully screwed in (so the spindle turns freely but doesn't have any wobbles) I can move the non-drive cup up/down/left/right by hand. It's a tiny movement, but it's observable and visible to a naked eye. It's as the threads on the cup and the BB did not match. The threads on the cup and inside the BB look ok, but I haven't cleaned them yet.

(I don't think this related but after removing the non-drive side cup I still cannot remove the spindle - which I think usually should come out.)

Question: What are my options? Since the non-drive side cup for cartridge BBs are typically made of plastic, could this be an option? 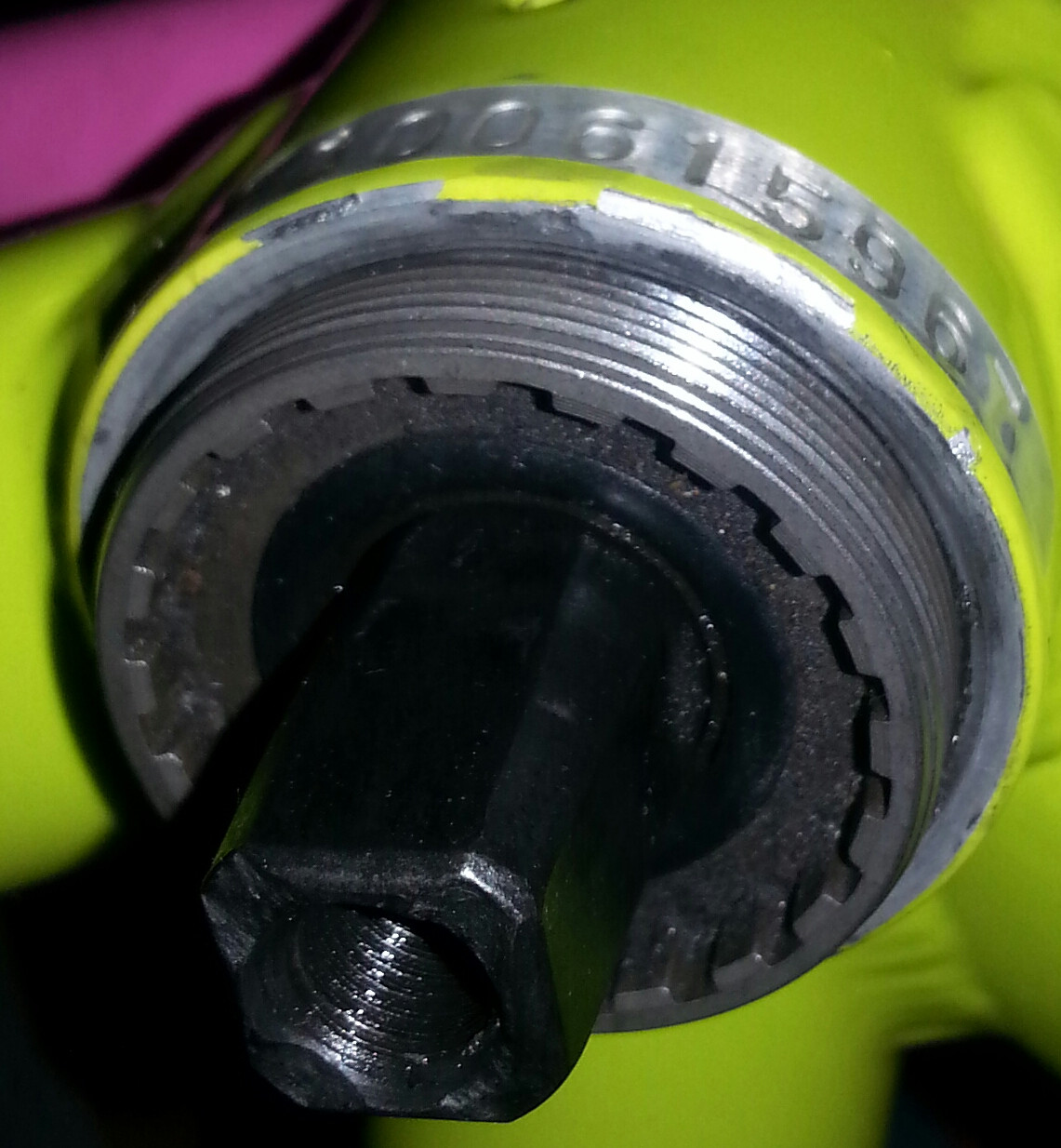 The two pictures below are my attempt to show that the cup can move up/down: 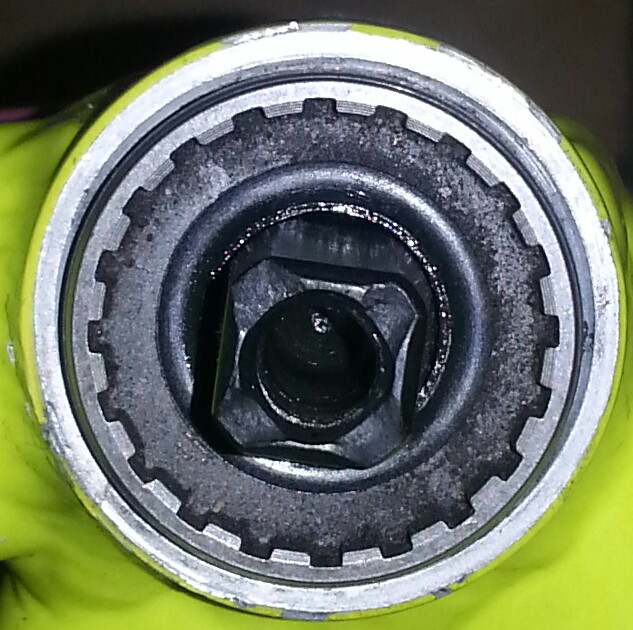 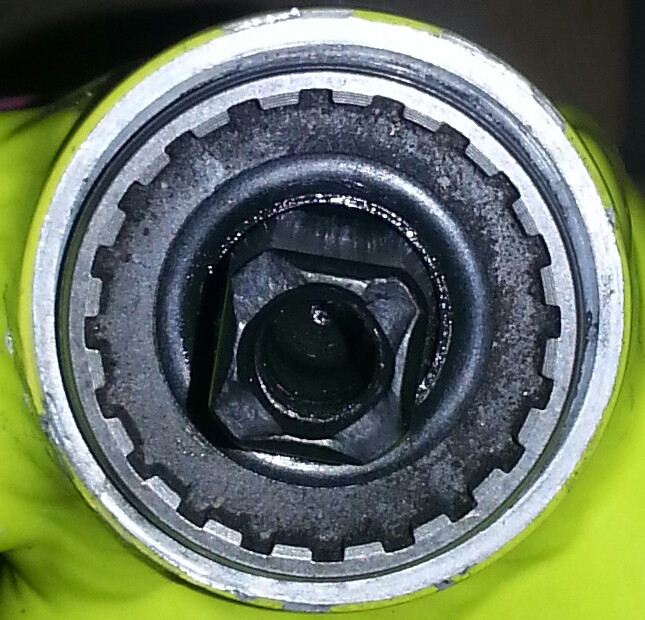 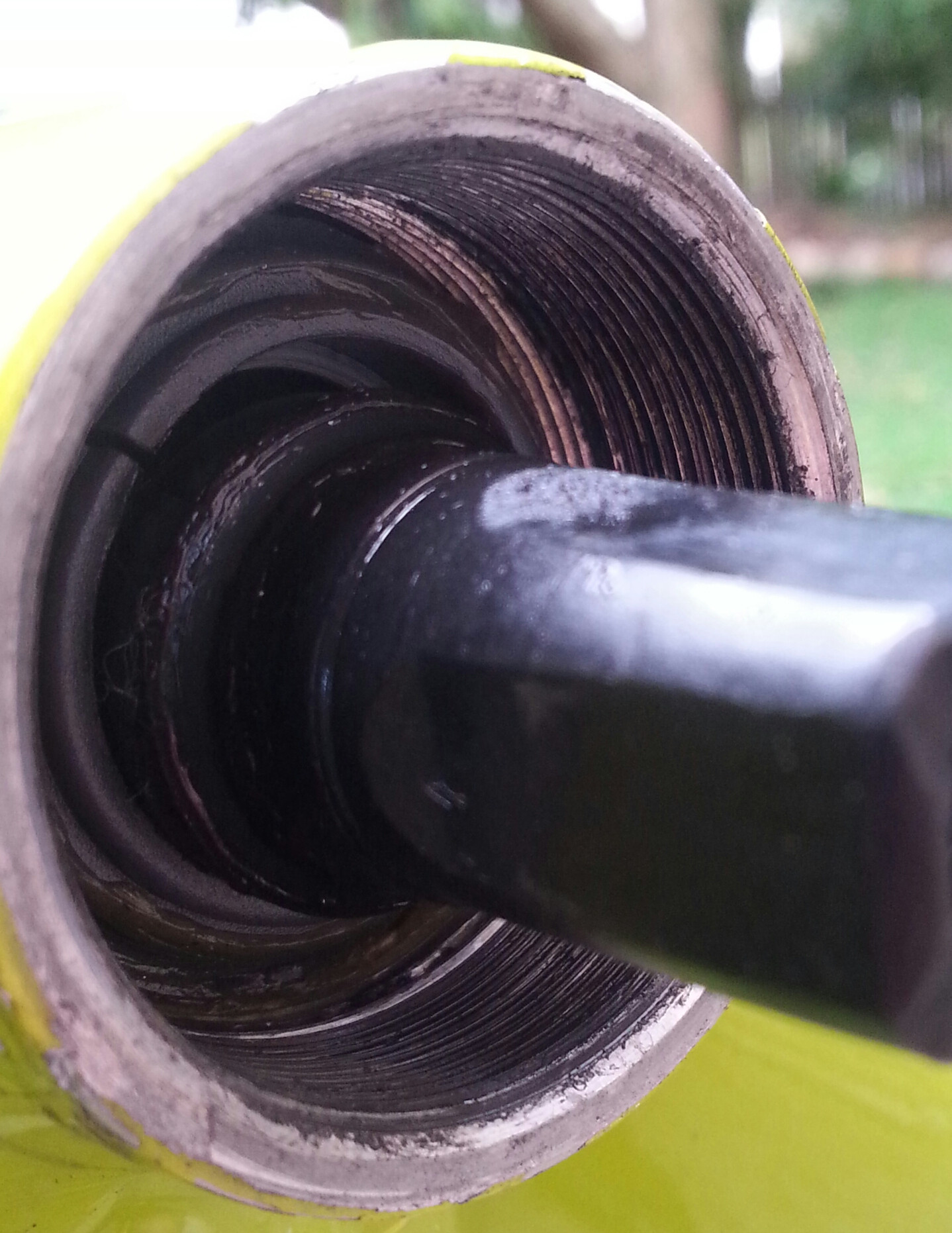 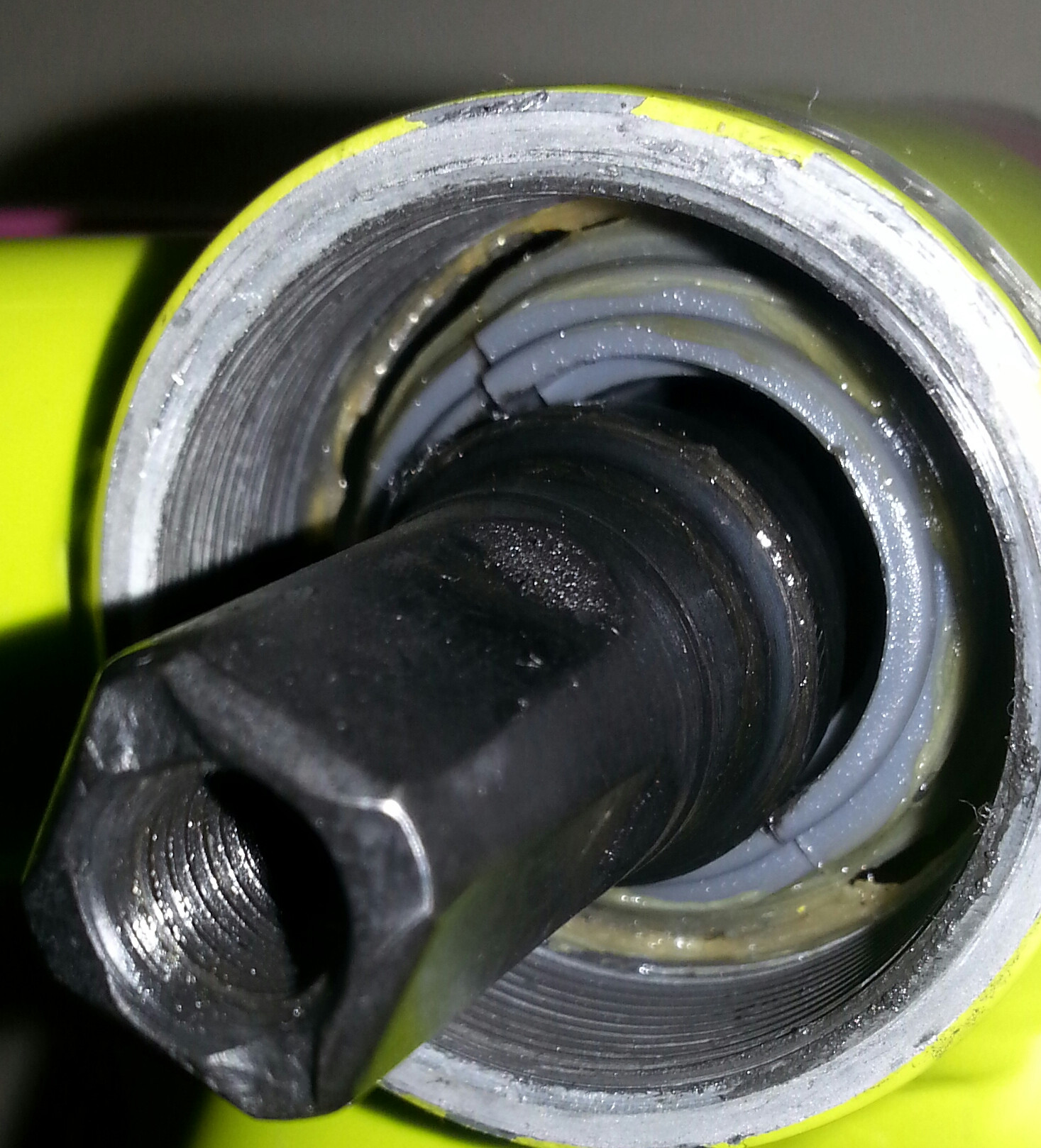 Is this the same bike as Bottom bracket lockring keeps loosening up ? Colour looks the same.

It is time for a new BB cartridge I think, and if that doesn't fix it, then the BB threads are damaged and the frame is scrap.

Is this a bottom bracket that you know the origins of? it is possible that this is an English bottom bracket cup (1.37in ≈ 34.79mm) rather than an Italian one (36mm ≈ 1.41in) if the frame is Italian thread.

If the problem is ultimately the threads, I would try some Teflon tape or thread locker (blue) before I scrapped the whole thing. If you really, really love the frame, there are some companies that make 'compression fit' bottom brackets that don't use the threads (I believe Phil wood makes a very expensive one).