can someone identify the year this bike was built? 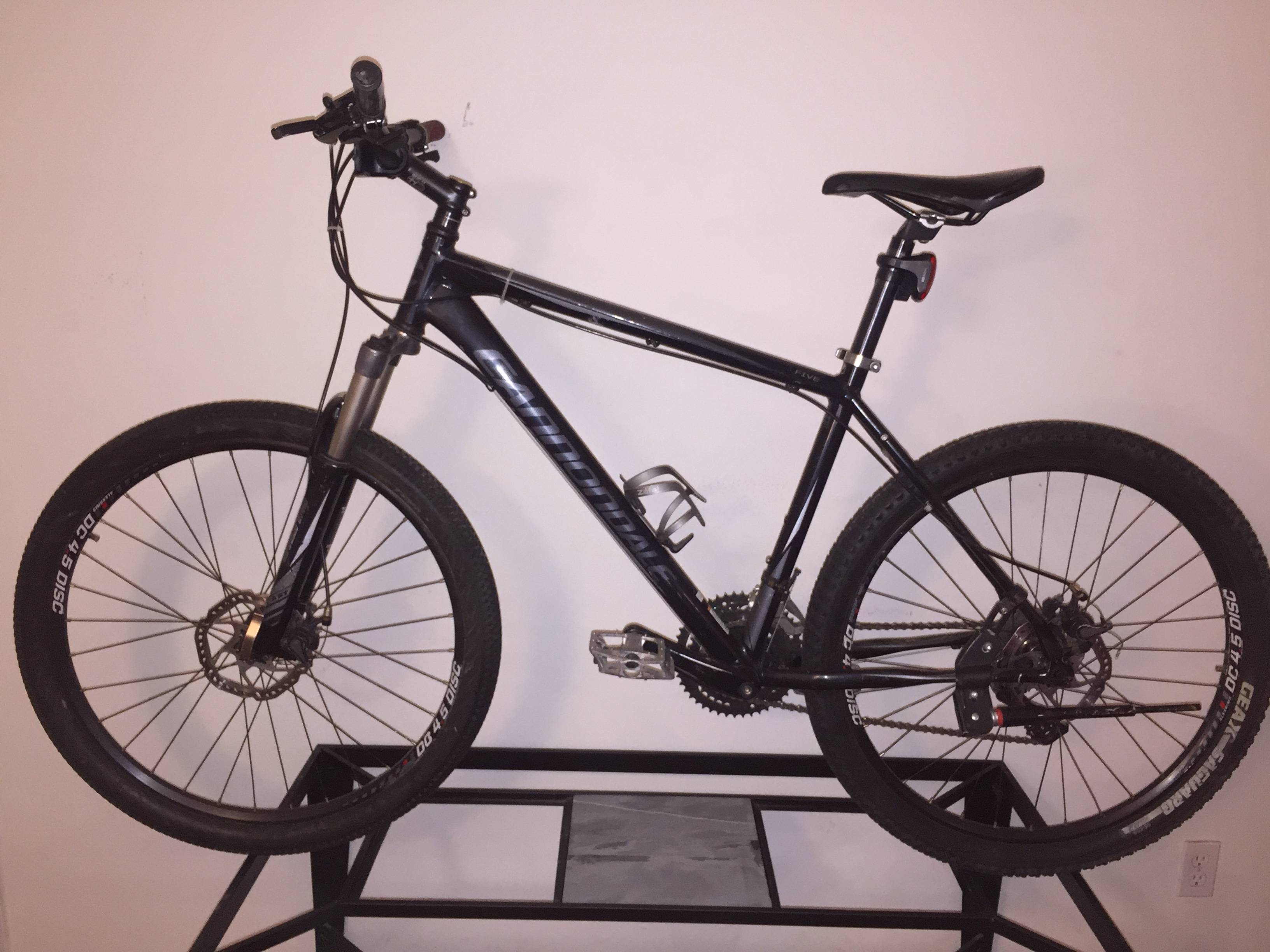 Possibly a 2010. Note that the "Trail 5" is actually the "Trail SL 5". Your bike looks like the Trail SL F5 on page 60 of the 2010 US Catalog. The 2010 catalog is the first year to include the Trail SL, so it appears your bike would not be earlier than this. Later catalogs don't have the Trail SL 5 in the right color (in Europe or the US). However, there are some differences between your bike and the F5 in the 2010 catalog. Some would be due to component changes (your bike has what look like TRP brakes, for example). More importantly, The F5 had a "5" decal, not "five" as in your photo. I am only speculating, but if 2010 was the first model year, maybe there were some changes to the decals somewhere along the way.