Safely cutting down a seatpost

I want to shorten my seatpost it fouls the non-OEM kickstand on my folding bike when lowered. 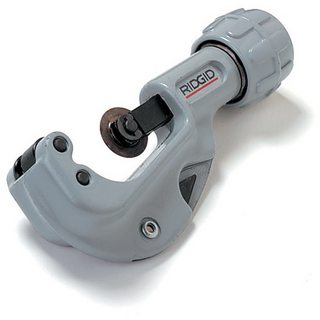 I agree with @ojs answer on point (1), you can just cut it with a hacksaw but with the exception of point (2) "the common consensus seems to be at least 5 cm of insertion" - the standard minimum insertion mark on a seatpost is 100mm, double this. You may get away with a bit less, like ~90mm or maybe even 80mm but 50mm would seem very much on the short side to me.

The general idea is that the seatpost should extend a decent amount beyond the bottom of the top tube. 5cm is unlikely to accomplish this on most bikes. He may have been thinking inches.

I'd leave this as a comment on his answer rather than an answer on its own but I don't have the reputation and it is an important issue for safety.

For insertion length, 72-80mm is the shorter end of what you see marked on seatposts, up to around 100mm. Seatpost length (leverage) and material are relevant factors there. In addition to what's safe for the post though, what's safe for the frame is also a part of this. The rule of thumb in most cases there is for at least the entire seat cluster to be well supported, including for example seatstays that are fastbacked into the seattube at points somewhat lower than the more normal area by the toptube intersect, although on some frames they go so low that one has to start assuming the designer knows there won't be post support down there. I would never go less than about 70mm, even if a need arose to cheat a little bit, and 72mm is a fairly common place I think for the mark to be on short (traditional length for non-sloping frames), high-end aluminum posts.

For a folding bike though, with their very long, thick-walled posts and more arbitrary frame designs, I would say all bets are off in terms of rules of thumb and you want to just play it very safe with how much of the post is being supported by the frame and vice versa. I'm also surprised that there are really no markings, since there's always a safe limit.

Rotary pipe cutters are capable of inadvertently flaring out the end of the tube slightly. It's not the end of the world because you can just file it down, but it is a nuisance. For this reason, hacksaws are generally a better choice for everything on bikes, where the exact outside diameter of the tube almost always matters somehow. The go-to approach usually is to use a normal threadless steerer cutting guide in a vise, but a 33.9mm post won't fit in one, so in a shop that would mean using an oversize guide. Barring access to a clamp-on guide you could improvise something with zip ties, hose clamps, etc to at least make it easier to keep the cut flush. The fast way to deburr and neatly taper the cut end is to use an internal/external tube deburring tool. I always gently sand the end face with a circular motion to erase the hacksaw marks, but I probably should stop. If you don't have any kind of specific deburring tool, you can make it acceptable with just sandpaper or a file. 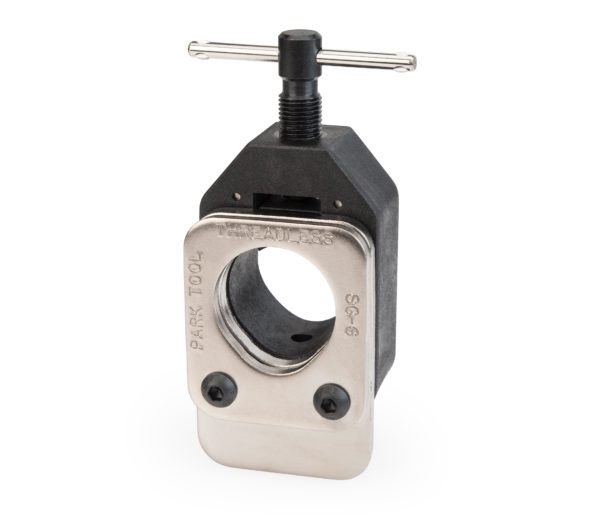 The common Park threadless steerer cutting guide, which along with a hacksaw is the go-to tool in many shops for cutting seatposts and bars. Only works with tubes up to 33mm though. Several other companies have very similar tools. 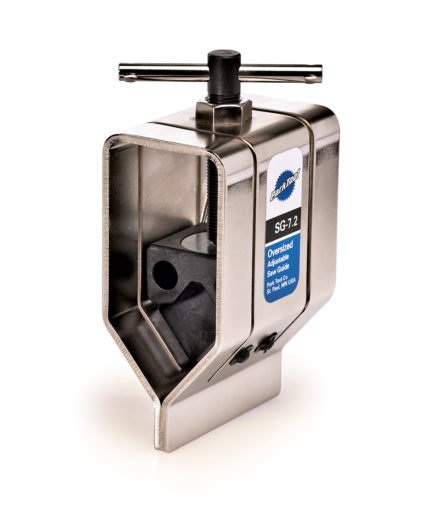 The Park oversize tube cutting guide, which mainly exists for cutting aero seatposts and seatmasts, but would also do your post just fine. It's maximum size is 45mm. 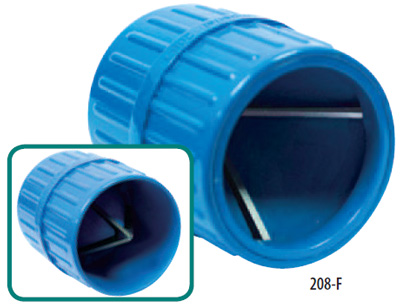 8
Problems with a slipping seatpost
5
Seatpost of a folding bike is always dirty, filed down by frame?
2
What Seatpost Is This?
2
Removing old fashioned saddle from seatpost
3
Seatpost Overextension
1
Seatpost clamp bolt replacement
0
Require seatpost size of Dahon Vitesse D7
5
Reversible but not symmetrical lower plate in seatpost