Center motor ebike costs more, is it worth it?

I am 90% sure that I will buy an e-bike. Today one of my friends who owns an ebike strongly suggested that I should buy one with center motor, because they are more efficient and battery life will be longer.

Where I live ebikes with center motor costs three times more than ebikes I found before.

Will it worth to buy a center motor ebike even it is more expensive?

Yes, in general mid-drive bicycles are better than hub drive. There are technical reasons and economic reasons.

Technically, mid-drive can be more efficient as they can take advantage of the rear derailleur or internal-gear hub to work at optimal speed. Hub-drive motors can only be optimized for one-speed (although some 2-speed hub drives have emerged).

Furthermore, the pedelec sensors on mid-drive can be more sophisticated in measuring torque rather than just rotational speed. This is because their location on the bottom bracket makes torque measurement easier. Hub-drives usually rely on just a magnetic crank speed sensor. However, note that not all mid-drives measure torque - and some better hub-drives do swap out the bottombracket and put in torque sensors.

In terms of weight and balance, the mid-drive is better located. You want your weight to be low and in the middle. However, geared hub-drives are also getting lighter and smaller. Furthermore, the battery is often the heaviest component and so battery placement itself is critical. The best units have the battery behind the seat-stem or in the lower part of the main triangle. 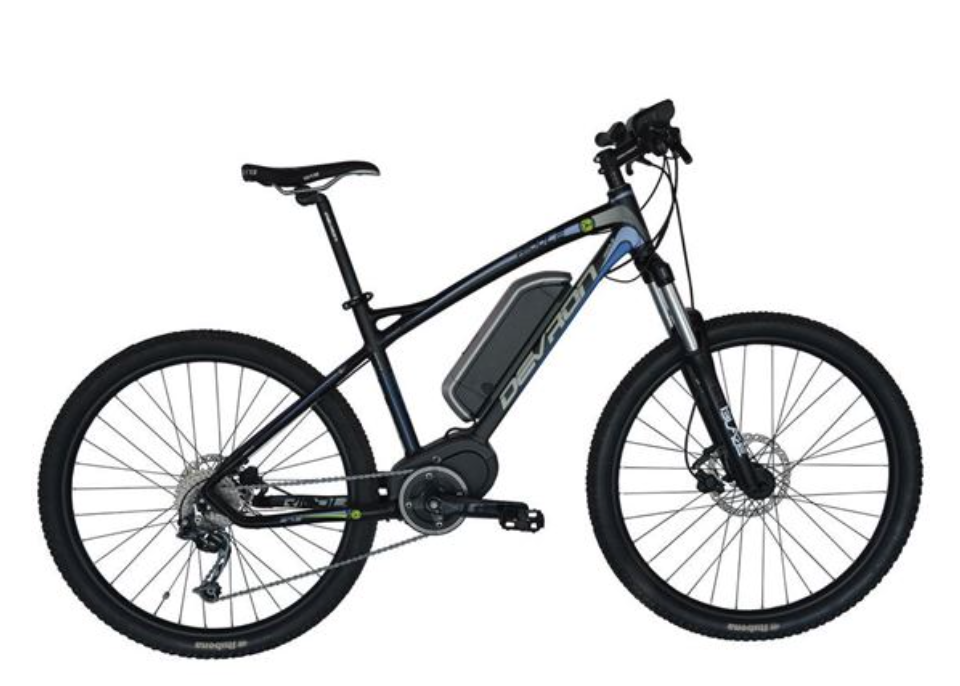 Finally, there are non-technical reasons why mid-drive is better. There are only a few mid-drive manufacturers that are extant: Bosch and Bafang (I'm leaving out Panasonic, Yamaha, and Shimano mid-drives as they aren't commonly available outside Japan). This means if you get a mid-drive, you're getting it from a well-known company that has a strong reputation (Bosch much more so than Bafang). Your mid-drive bike above looks like a Bosch but it has its markings removed and the store website doesn't have any details -- so you might want to ask and avoid it if it isn't Bosch or Bafang.

Hub-drive motors on the other hand are made by a wide variety of companies. So unless you know the company's reputation, you are taking a risk. You're much more likely to get a no-name hub motor with a no-name controller.

Finally, note that the Bosch, Panasonic, Yamaha, and Shimano mid-drive systems all require specially designed bicycle frames (bottom brackets). This means that the bicycles are much more expensive. Bafang mid-drive and all hub-drives can be bolted onto any OEM bike frame so they are much less expensive.

trying for a generic answer not a shopping comparison

Your bike will be more stable with weight low and centered.

A hub motor puts all its weight on the wheel that it is installed inside. This will shift the front/rear weight balance which should be 40-45% front and 55-60% on the rear wheel

I had a home-brew ebike with 3 heavy SLA batteries. When 2 were on the rear rack it was easy to slide the rear wheel and the bike was wobblier. So I moved the weight to the lowest part of the main triangle and it got much better for handling, despite adding a third battery.

So yes, moving the weight low and centered will help the riding experience, all other things being equal.

Its never that simple though. There will likely be differences between the overall quality of the bike, motor, and batteries. The BMS may vary. Even the underlying bike quality will vary somehow. Ebikes are still bikes and have bike componentry. The more expensive bike should have better levels of componentry and will likely weigh less.

The final point is your comfort vs your commitment. If you find one or the other more comfortable then that should be high on the list of priorities. An uncomfortable bike doesn't get used as much.

A bigger factor is getting a bike that fits and suits your preferred riding position, which is worse for e-bikes than many everyday bikes. This may override your preferred motor placement. This is especially true if you're not very close to average height. It's not just at the low end of the market that you find one-size-fits-none e-bikes, or at least bikes where the specs suggest they should suit a certain person but a prolonged ride proves otherwise.

Many e-bikes use non-standard components, reducing your ability to change the geometry. Examples I've had to deal with:

So test any candidate bikes well -- make sure you can test enough to get up to full speed (even beyond when the motor cuts out if there's an upper speed limit for assistance).