Last week I bought a old bike from a going-out-of-business sale at my local bike shop. It's a 1962 Schwinn but the seller didn't know the specific model. Judging by this 1961 catalog and this 1962 catalog, it's a Hornet -- the other models seemed to have had a different style rack -- but the 1961 Hornet had that iconic Schwinn tank on the front. Was the tank removable? Assuming the rack is original, could this have been some other model? 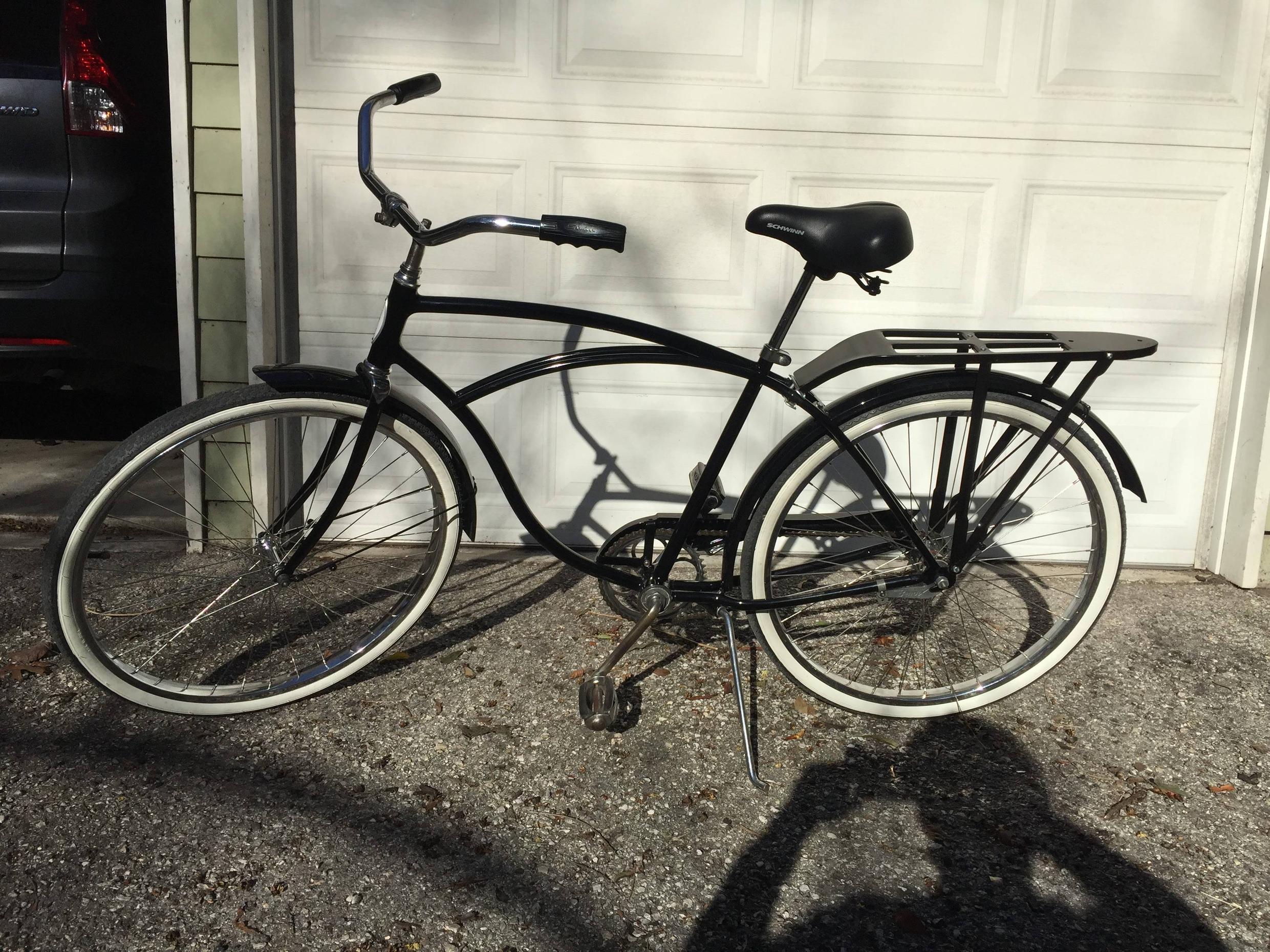 The real star here is the Bendix Red-Band hub. They re-popped those racks and most of the original type parts for this for something like 30 years. I've seen new racks like that as of about 10 years ago they kept making. The part that really shows the age of this though, is that hub. If that's an automatic 2 speed kickback, that dates it between 1960-1964. So that would put it right in your estimate. I take it there isn't anything on the other side of that chainguard? I'd say it could very well be a Hornet. Those tanks are removable, and someone could have done just that.