How do you spot fake Campagnolo Bora's? 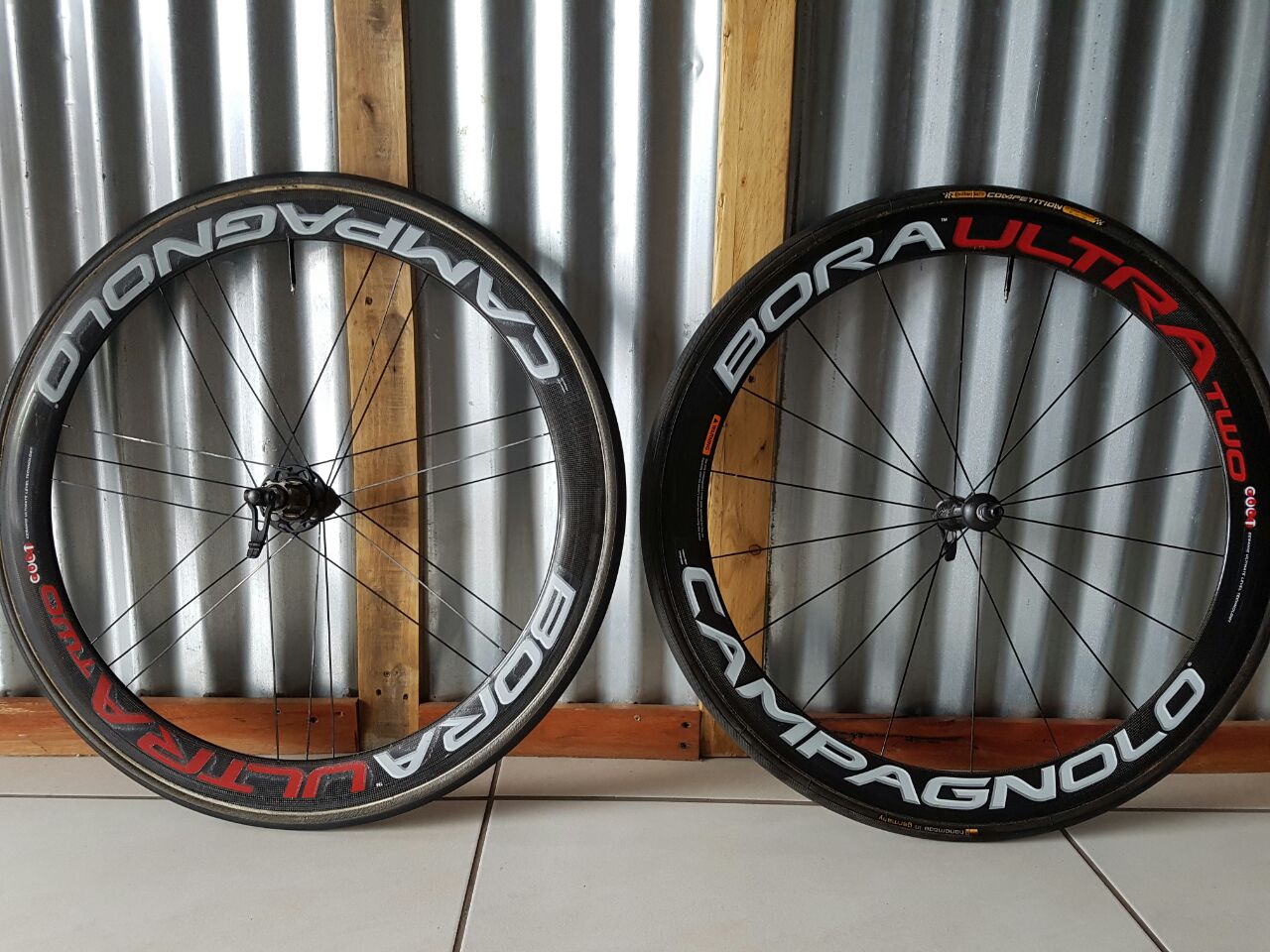 I have my eye on a set of second hand Campagnolo Bora Ultra two rims that are being sold by a friend for someone else. In South Africa the rims cost about +- R25 k (Rand is South Africa's currency) brand new with this set costing around R12.5 k.

I have had the rims looked at to make sure that they are sound however I would like to know if there is a serial or id code I can use to make sure the rims are real or fakes.

Campagnolo's system is to provide a tag,Certilogo, with new wheels which people can scan to confirm it is indeed authentic.

However, with a used wheel, there is no such tag. With carbon fiber, its incredibly easy for people to make very good counterfeits, so as Campagnolo says, if the wheel doesn't come with the tag, you should consider it being from uncertain origin (i.e. it could be fake).

You can also post pictures on forums to see if people can identify them by certain markings, mismatched aesthetics, features that shouldn't be there (brake tracks, for example, or wrong spoke pattern) and weigh them. For example, this thread gives some indicators of fake Campy wheels. It looks like this model is reasonably commonly faked, so keep your eyes wide open.

Consider asking the seller for the original sales receipt. Not having a receipt doesn't prove they're fake, but having the receipt implies they're not fake.

That is, as long as the receipt is from a legitimate bike supply shop, and not from http://cheep.carobwheelz.bike/ You can also contact the original supplier and ask for a check.

In the long run, caveat emptor once the cash is paid, its a done deal.

Not the answer you're looking for? Browse other questions tagged carbon campagnolo or ask your own question.