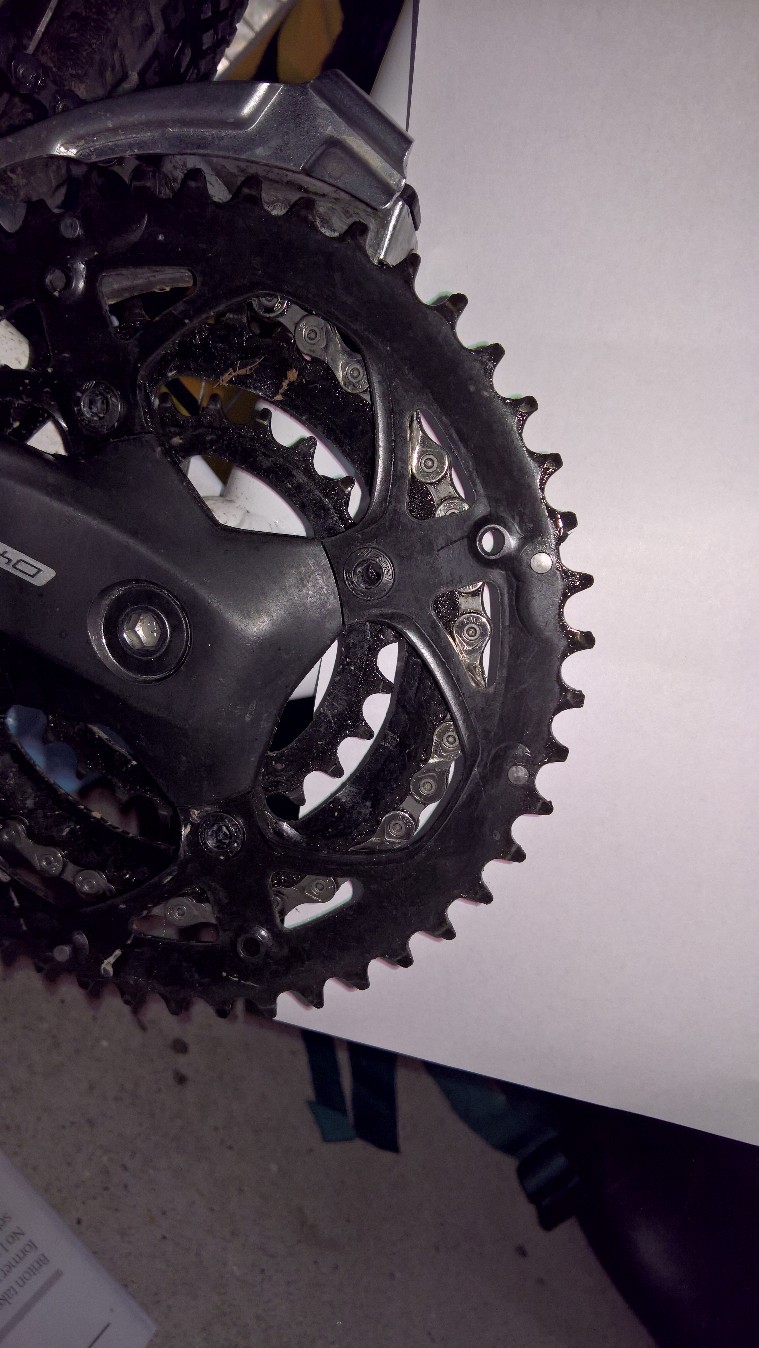 Bike usage - roughly 600 miles since purchased, road and bike trails, but not off road / trail; Some hill work (but generally in small chainring for those), and really only using large chain ring when on flat roads. Novice rider, so not huge power output, and rides average 80-85 cadence rpm, topping out 100-105 very occasionally. Rides are generally between 10-20 miles

Edit re "cross-chaining" - when using the large chainring I would tend to be using smaller cogs of the rear cassette, to avoid cross-chaining

Please take a look at the picture - hopefully you will see what appears to be different shaped teeth on the front large chain ring. Some appear quite pointy, others rounded, and two or three almost flat, as if the apex has been removed.

My question(s) - is this excessive wear and if so, caused by some fault in the drive train? Or has the chain ring been manufactured with these differences in the teeth? If there is a likely fault I can go back to LBS, but what are the likely causes? If deliberately manufactured that way, why?

More or less all contemporary multi-speed chainrings are like that. The idea is the different profiled teeth correspond to different areas of the ramps and/or pins to create specific assisted areas for shifts to occur.

Not the answer you're looking for? Browse other questions tagged chainring wear or ask your own question.

2
Choosing chainring configuration
1
Chain Slip at front changing from large to small front chain wheel (with large cog at back)
6
Are granny gear chainrings supposed to have directed teeth (i.e., be non-flippable)?
1
Why did my chain start coming off on the right side of the chainring sometimes when I am pedaling in high gear?
1
How do I move my chainring without moving my crank arm?
1
Convert SRAM Force 11 to single chainring
2
Front chain ring wear
3
Correct way to shift?
5
Chain is slipping relative to large chainring but not the small one
3
Worn out chainring or missing tension