Orders of the washers on threaded-stud brake shoes

I noticed that the order of the washers was different on both brake shoes. On the newer one the brake arm was touching both convex washers, on the older one it was touching a concave and a convex. Here's a picture: 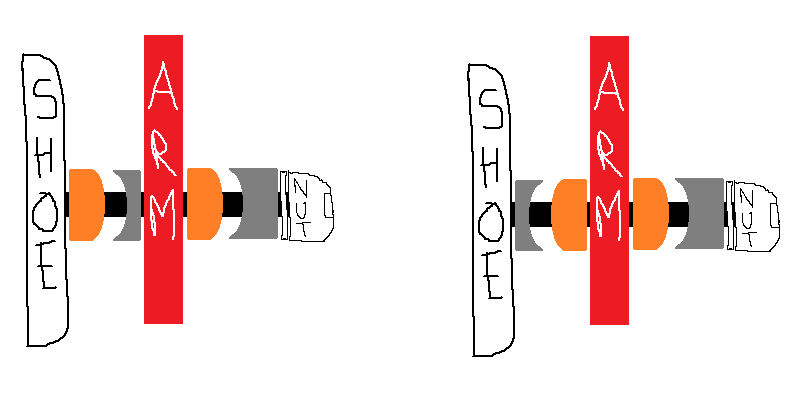 I know that you can swap the big and small concave washers to adjust the angle of the brake arm, but is there a specific order for the concave and convex washers ?

On this Park Tool page we can see multiple different washer orders.

Does it depends on the brakes? Does it permit some fine grained adjustment? Does it matter?

I think it doesn't really matter. As long as you have the two curved surfaces of the orange/grey washer pairs together, then they function as one adjustable washer.

Here's what I did in testing - while the picture is rough and the angle is exaggerated, both ways of stacking the washers works fine. Theres a third way where both the grey concave washers press against the arm, and a fourth where the orange washers are both on the right side (ie a mirror of the left image here)

For the sake of consistency, I'd do the same thing on both sides of the wheel, but even if they were opposite I doubt you could notice a difference. 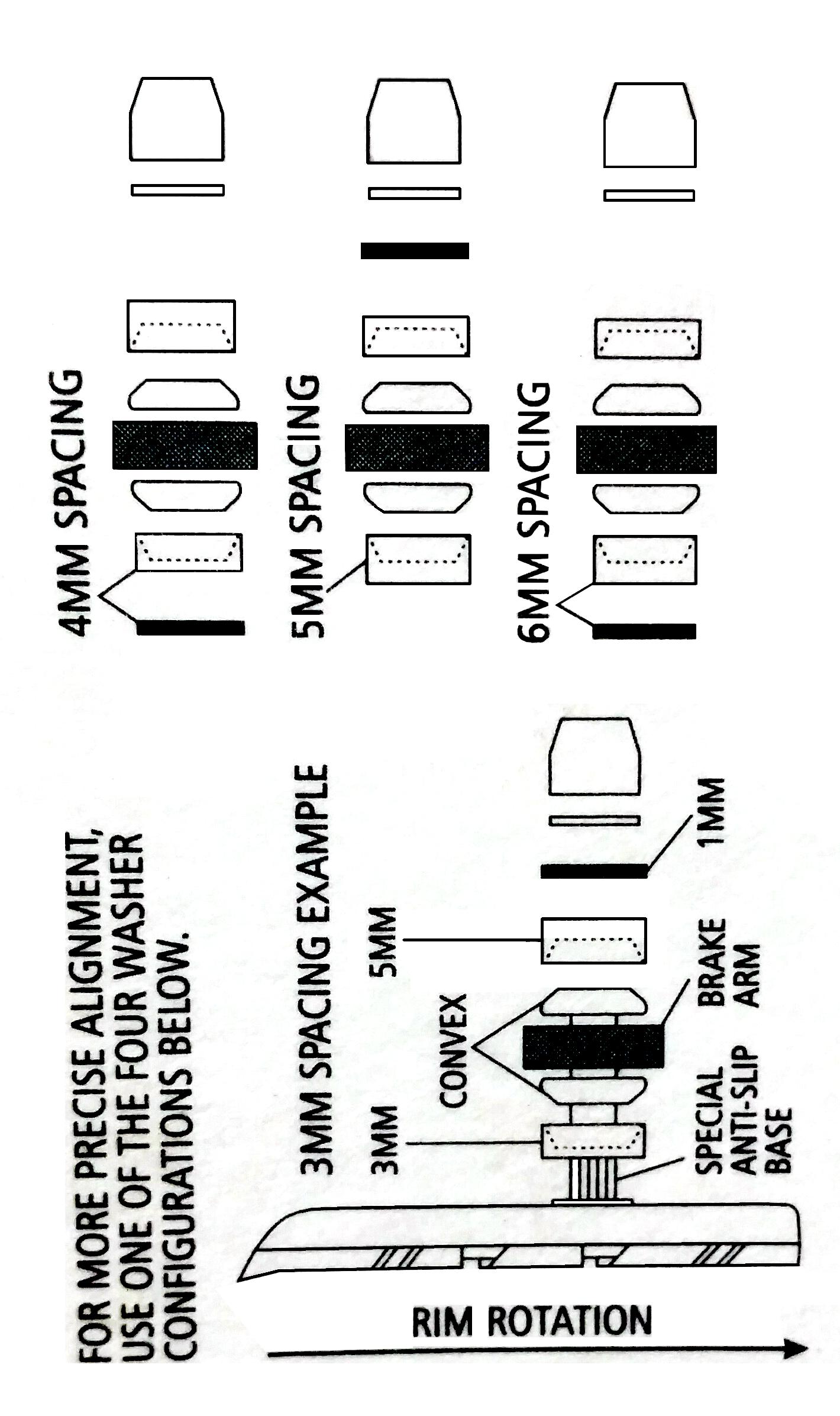 So they specify the convex washers should be by the brake arm, and the concave ones should face them, which is the right-most image in the earlier pictures.

Curiously, the order of the other washers is based on their thickness and the rim/frame/fork's requirements.

Update in 2019 - I just bought some Kool Stop Eagle 2 brake pads and they look like this:

Documentation was not clear which way around the nut was supposed to go, but as-pictured seemed to be right, so the cone-face on the nut could sit slightly angled in the washer.

For me, this just didn't offer the range of adjustment I needed. My V brakes are behind the front fork legs, and I had to swipe a more normal pair of convex+concave washers from the previous pads.

I also did away with the nut and used the 5mm allen key/hex nut, because I didn't want to carry a weird socket as well as my normal tools.

6
Which brake system is this

2
loose brake calipers
3
Is it possible to reattach the v-brake spring/pin arm?
1
My brakes rotate around after I tighten them and other v-brake questions
1
Will a threaded post rim brake pad fit my brakes which take a thread-less post pad?
1
Threaded post V brake pads
2
Should V brakes be able to lock the front wheel?
7
Long post v-brake (or canti) shoes? (Canti studs not sufficiently inboard)
1
How to adjust rear brakes on this bicycle?
3
Cantilever brake is missing its mounting screws and washers, how do I replace them?