All my life I have bought used speed bikes. I finally sprung for a new bike which I use to commute to work (6 miles each way). It's a Giant Contend3 (XL). 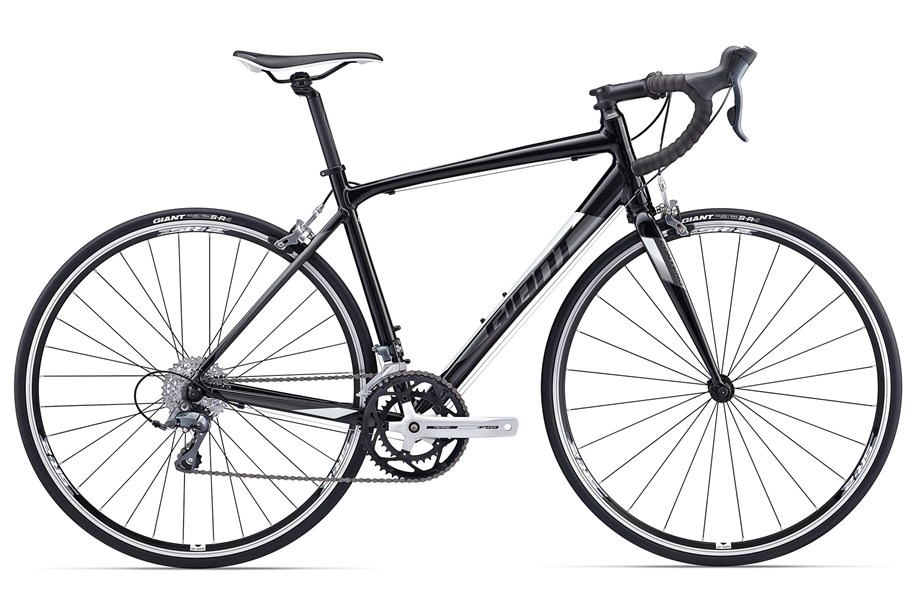 I keep getting "pinch flats".

The bike store experts tell me it's because I'm not pumping enough air into my tires. I have a pump. I am now pumping twice a week. (It is baffling to me that skipping pumping for a week would result in a flat, as I have always just pumped my tires once in the spring and left it at that).

I got another flat yesterday, despite my regular pumping.

I'm ready to write off the new bike and go buy another used bike.

Is there something else I should be considering?

For road bike tyres you need a pressure gauge -- pumped up so they feel hard to the touch, the tyres could well be at their lower pressure limit. You say it's an XL frame; guessing that you're normally proportioned that could be a fair bit of weight on the back in particular (I'm at the big end for XL bikes, so I don't mean anything negative). That makes it more important to pump the tyres up properly than for a lighter rider (the ideal pressure is higher and therefore air is lost faster). It also makes it more important to look after the bike over potholes etc., by standing up on the pedals if you can't avoid the hit.

That bike ships with 25mm tyres. Running just a touch bigger (28mm) can make a big difference to how long the tyres hold pressure (as can thicker tubes or butyl instead of latex). Depending on the rim width you might win in other ways on a bigger tyre too (absorbing shocks). What width tyres did your old bikes have? If not all of your punctures are pinch flats, tougher tyres would be worth it too.

Having so many flats occur is maddening, I feel your frustration. Tire pressure probably isn't your culprit unless you have a rough ride to work. If that's the case, upping your tire dimension to a 28-30mm tire will really benefit you. Otherwise, there's a system malfunction you're hunting for and it's best not to assume anything about the source of your flats and check your whole tire system.

Pinch flats occur when the tire deforms so much that the tube is squeezed hard against the rim. They happen if tire pressure is too low, and/or if you hit something big (like a rock) or jump off curbs. At 220 lbs, you need higher tire pressure than 100 lbs. I weight 110 and ride at least 100. Look for the max tire pressure printed on the side of the tire, and pump the tires to that pressure. (this is not dangerous; the max pressure figure is well below what the tire can actually handle.) And make sure you use a pressure gauge! Getting wider tires is also a good idea. Getting a new bike is not necessary. the problem is not with the bike, only with the tires.

A bike with small tires like that could easily need you to pump once a week (twice a week is a bit much though). If you don't have enough tire pressure, you will pinch flat. Make sure your pressure is enough for your weight -- the tire feeling hard when you push on it is not a good indicator, and you need to use a gauge.

In general, check the inside of your tire for any debris, make sure the rim tape is in place and in good condition, the tube is installed properly (not getting caught anywhere). Sometimes the valves also leak on tubes.

Echoing Daniel's question in the comments above, when you're doing your twice-weekly air top-up, and you first connect your pump to the tire, and before you start pumping, what does it read? That will give us an idea of how much air they're losing between each top-up.

Also, I'll second Chris's suggestion of larger tires. Going to a 28-30mm tire will make them way less likely to pinch flat, much more forgiving of not being at "ideal" pressure, and the ride will be way more pleasant (less harsh). The small downside is a slight reduction in efficiency, but unless you're racing somewhat seriously, I wouldn't worry about that, and for a 6 mile commute that really shouldn't hurt you.

If it helps put your mind at ease, my commute is about 15 miles each way and recently I've been mostly doing it on 42mm all-road tires running around 50PSI. They're definitely a bit slower, but we're talking like 2-5 minutes reduction on a 60 minute one-way commute. Going from 25mm to 28mm on a 6mile commute, I'd be surprised if you could measure a 30 second reduction in average commute time.

I had a similar situation to yours a few years ago. I was getting a flat about once every other week. At the time, I had the guys in the shop do my tube changes because I always got pinch flats when I did them myself. After so many replacements, I had a really close look, and I found that a thorn was the problem. A tiny, tiny thorn.

The guys at the shop were telling me I was getting pinch flats, but apparently they hadn't looked very closely, because it was actually a thorn causing all the problems. After I removed the thorn, no more flats. Also, after such lackluster work at the shop, I now do my own tube changes.

If the problem really is pinch flats, and the guys at the shop are doing the replacing, you ought to have them replace it for free. If you're getting a pinch flat so often, it's more likely a faulty installation than too-low pressure, (though if you had a thorn, that may explain why you need to inflate your tires so often...).

Maybe there's a "slow flat"? If you have a little pin-prick protruding through the tire, it will put a tiny hole in the inner tube, and the tube will go flat faster than expected (e.g. overnight).

Also I'd check my tire every day before riding. If it loses air too quickly, see above.

This answer is similar to Nate's.

The old kevlar-lined (hard inner wall) commuter tires were notorious for practically guaranteeing a flat if you hit a square bump while under-inflated (I once had 14 in one tire). The answer is to make it harder for your rims to bottom out (causing the puncture) by keeping more air in your tires at all times, or if your inner wall was really hard then get different tires that don't have that. You really can't go by how recently you pumped up the tires, since hitting bumps can knock a lot of air out of them. So if you're still getting punctures, check the pressure before and after every ride to learn what's happening on that end.

Also, as noted by other posters, you probably need more rear tire pressure if you're heavier than the average rider, but it probably makes more sense just to get slightly wider tires.

In sum: No need to get rid of the bike since it's just the tires! Check your pressures and get tires that can take the impact better: probably wider, and softer lining. Of course you should take it easy over the road hazards, but if that's not feasible there is a tire for every use case. Good luck :)

Not the answer you're looking for? Browse other questions tagged road-bike puncture or ask your own question.

6
Recurring flats
9
I keep getting flats
9
Is there anything I can do to prevent snakebites (pinch flats)?
7
What are pinch flats?
2
Is a bigger wheel likely to get fewer flats?
13
Mystery flat keeps happening 3-5 times a week. Do I weigh too much for my tires?
3
I cannot go 30 miles without a flat. I can't figure out what the problem is
3
Unpatchable hole on rim side
9
Recurring flats on new bike
1
Tape substitutes to prevent flats in mtb inner tubes?