Is this road/city frankenbike concept a feasible idea?

I do a half-hour each way city commute every day and the Yepp EasyFit mount I just installed on the rear rack of my already over-optioned Vanmoof 5.1 is the straw that broke the camel's back. In addition to the front carrier, integrated chain and SRAM Automatix hub it's just too heavy. I can barely lift the thing.

I need a lighter bike.

But I do like some of the features of the Vanmoof:

I'm tossing around the idea of building up a custom city bike, starting with something like a Surly cyclocross frame and a NuVinci rear hub (I have one on a bakfiets and love it), with the Yepp Easyfit rear rack on the back and some kind of basket on the front. Add mudguards and some kind of lighting system and I have a bike that's light and fast when I want it to be but still capable of doing the preschool or shopping run.

I think your idea is sound, a lighter alloy frame, with decent tyre clearances to allow the comfier larger tyres. 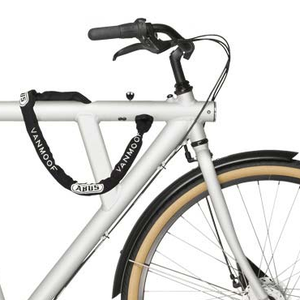 Alternative idea #2 Strip the usable bits off your current bike and fit them to a replacement frame that suits you. Its an option, but I'd suggest your existing bike has a value and can be sold on to fund the new one.

Not the answer you're looking for? Browse other questions tagged commuting-bike city customization or ask your own question.

3
Suggestions on buying a road bike for the city