Excepting the hubs, are the front and back wheel in OEM road bikes or in Road Bike wheelsets manufactured differently?

Essentially I am wondering if wheelsets are manufactured differently for the front than the back wheels. I assume only the hubs and spoke holes?

Yes - they're totally different for a number of reasons.

Right image shows something that MTBs have tried - having the right chainstay further from the bike's centerline than the left chainstay. This is not common on road bikes.

Rim profile can vary too. A front wheel can be flipped and used the other way around, (with the possible exception of directional tread on a tyre, and disk brakes.) So front wheels are built symmetrical. Rear wheels are dished, and as a side effect the nipples can be at different angles as they leave the rim.

Here's a cross-section of a MTB wheel that shows it nicely. 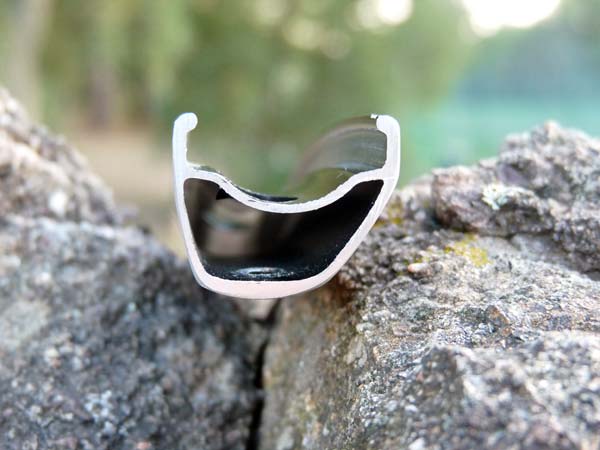 The tyre is centered in its track about 2-4 millimetres to one side of where the spokes would be centered. You can see the hole where the spokes go through, and its part-way out of the valley. This is ONLY practical on the rear wheel and lets the builder use slightly more even spokes but still have effectively a "dished wheel"

In addition, the power of drive comes through the cassette, so the rear wheel might be laced with a variety of patterns. Most common is 3-cross, where each spoke crosses with three other spokes on its way to the rim. 2-cross would be slightly shorter spokes. Combinations like radial lacing on the non drive side and 2 or 3 cross are not as rare as they used to be. 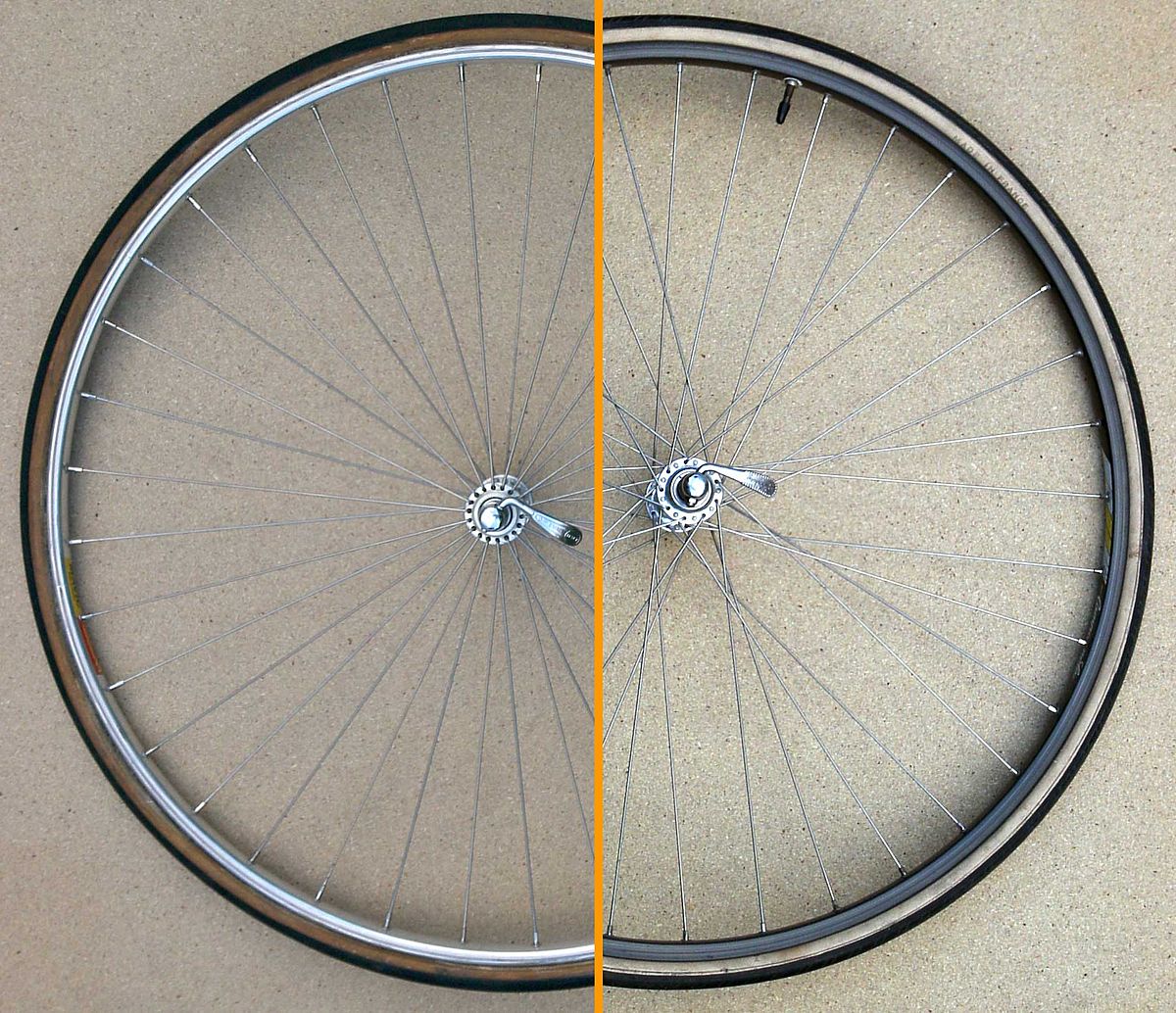 Left wheel is radially spoked, and right wheel is 3-cross.

Spoke count matters too - the front wheel carries less load, so can "cope" with fewer spokes. The downside is a weaker wheel, which translates to a heavier rim.

Spokes might be bladed on the front and plain old round ones on the back. The front wheel runs in cleaner air, with more predictable aerodynamic effects. The rear wheel is in much choppier air, so bladed spokes have less beneficial effect.

So yes the front and rear can be assembled differently. The method to assemble them would be pretty much the same, as long as the wheelbuilder gets the crossing correct while adding spokes. Bladed spokes provide extra challenges, but nothing a wheelbuilder can't handle.

Not the answer you're looking for? Browse other questions tagged wheelset or ask your own question.

0
How is the quality of carbon wheelset from taiwan?
10
What are the pros and cons of Double Butted vs Straight Spokes when building a wheel?
11
What should I use, VeloPlugs, Rim Tape, or Rubber Rim Strips in new wheels?
3
Wheel set consideration
6
Road bike disc wheel interchangability
4
Pedal extensions for one-legged bikers
5
Differences between wheelsets - 700c gravel bike and 29" mountain bike
1
Whats a good entry-mid wheelset for a salsa fargo?
1
9 Speed Shimano cassette on 10+ speed hub
4
Should I seriously consider radial lacing?